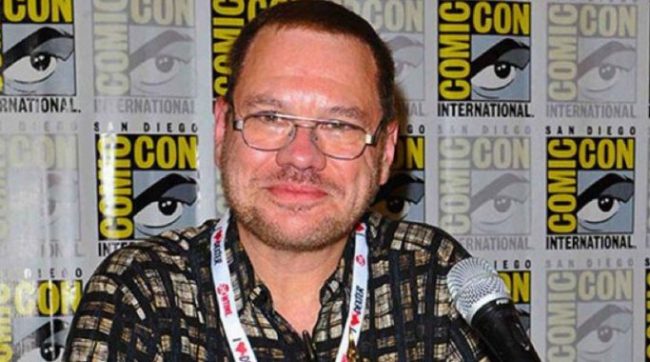 Prolific and versatile comic-book and TV writer Martin Joseph “Marty” Pasko passed away May 10 at age 65. Cause of death was identified as natural causes. Pasko was part of the wave of superhero fanzine creators and letter hacks who eventually went pro, entering the American comic-book business in the early 1970s alongside creators like Marv Wolfman, Alan Brennert, Paul Kupperberg, Len Wein and others. His frequent, often nit-picking, letters to various DC titles earned him the nickname “Pesky Pasko” from veteran DC editor Julius Schwartz.

Born Jean-Claude Rochefort in Montreal, Canada, on August, 1954, he co-published the fanzine Fantazine along with future DC Comics writer Alan Brennert. Pasko eventually emigrated to the United States, where he attended Northwestern University and New York University, and settled in New York state. After years of publishing fanzines and haunting the letter columns of various comic books, Pasko eventually broke into comics writing for Warren Publishing. His first sale was the story “Eye Opener” in Vampirella #20 (October, 1972), which, oddly enough, was credited to his friend Doug Moench, also a frequent Warren contributor. His first writing credit under his own name was “Package Deal,” which appeared in Creepy #51 (March, 1973). His frequent letters to comic-book letter columns were encouraged by Mike Friedrich, already an established comics writer. Pasko felt that by making his presence known to comics editors, it would help him avoid the slush pile when he began submitting script ideas.

One of the characters that Pasko was to be most associated with throughout his career was Superman, and his first Superman-related sale was a “Private Life of Clark Kent” backup tale that appeared in Superman #277 (July, 1974). Pasko then began a string of backup stories and other features for Action Comics, including stories featuring The Atom, before becoming the regular writer on Superman from 1977-1979. Working with artist José Luis Garcia-Lopez in 1978, he inaugurated DC Comics Presents, a team-up book featuring Superman and many different DC characters that utilized a number of different artists besides Garcia-Lopez, including Gil Kane, Dan Adkins, Gray Morrow and Joe Orlando. Pasko also wrote scripts for the Superman Family anthology from 1978 through 1982, as the regular writer for the Jimmy Olsen and Supergirl stories featured therein. Among Pasko’s many contributions to the Superman canon, he co-created (with veteran Superman artist Curt Swan) the villains The Atomic Skull (Superman #323, May, 1978)) and The Master Jailer (Superman #331, January, 1979). Simultaneously with his other Superman stories, Pasko was tapped to write the World’s Greatest Superheroes syndicated newspaper strip from 1978 through 1979. While it initially featured Superman, Batman and Robin, Wonder Woman, and the Flash, over time the focus of the strip shifted over to focus on Superman. 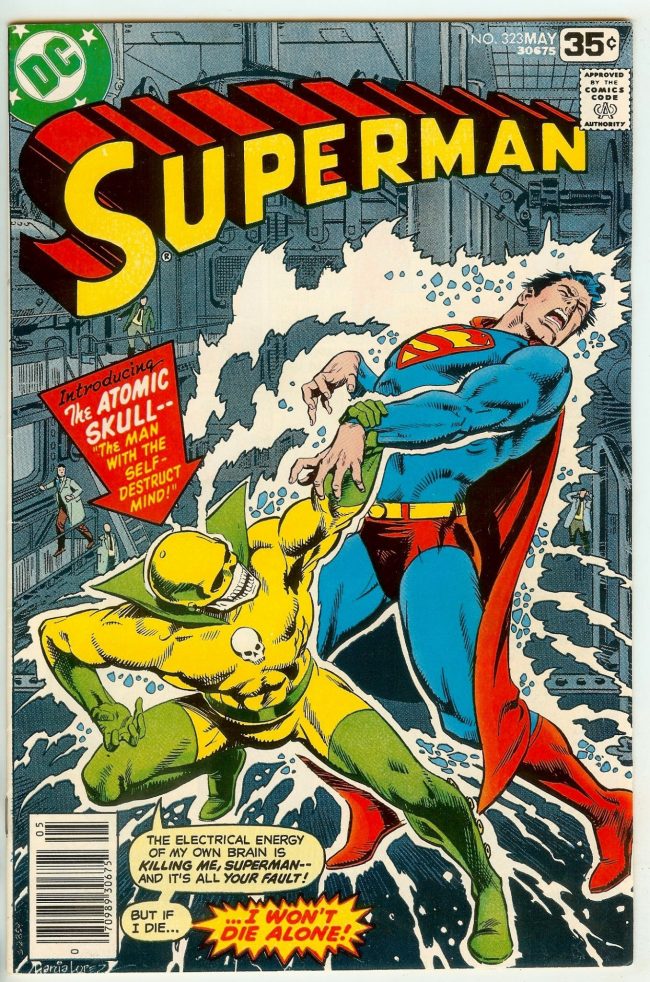 While Pasko is best known for his Superman scripts, he also wrote stories that featured venerable Golden Age superhero Dr. Fate, making important contributions to that character’s canon in the titles 1st Issue Special and a series of backup stories that ran in The Flash title, which were collected into a three-issue limited series titled The Immortal Dr. Fate that appeared monthly in January through March of 1985. He also made his mark on Wonder Woman, crafting an important story arc that focused on Wonder Woman trying to rejoin the Justice League of America, since she had quit the group years earlier during a period when she had renounced her powers and acted as a mod, karate-chopping adventurer with no costume. Speaking of the Justice League, Pasko also contributed stories to many issues of that title from 1974 through 1977. He continued to demonstrate his versatility with a stint as the regular writer on The Metal Men title from 1976-1977. He also took Jack Kirby’s Kobra character and transformed it into his own idea over the course of seven issues, published between 1976-1977. He added fiction author to his resume when he wrote a Daredevil story for Marvel Novel Series #9, writing with the pseudonym “Kyle Christopher,” one of several noms de plume he would employ throughout his long career.

By the early ’80s, Pasko was also writing for Marvel Comics as the regular writer for the Marvel Star Trek series from 1980 through 1981. In an act of generosity typical of Pasko, he assisted old friend Alan Brennert in entering the comics business by collaborating with him on a Star Trek script (for issue #12, March, 1981). Additionally, Pasko wrote the Star Trek newspaper strip for two years (1982-1983). He would revisit the Star Trek universe in 1988 with a single script for DC’s Star Trek title. In 1982, Pasko returned to DC as the writer on the revived Swamp Thing title, Saga of the Swamp Thing, done in collaboration with artist Thomas Yeates. The stories Pasko and Yeates did were highly regarded at the time, but were overshadowed by the work of Pasko’s successor, Alan Moore, who took the character in wildly different directions and made it his own.

Following his work on Swamp Thing, Pasko freelanced at First Comics, penning several issues of Joe Staton’s E-Man in 1983 and 1984. By 1988, Pasko was again at DC as a frequent contributor to the Action Comics weekly anthology, where he revived DC’s old Secret Six series as well as writing the Blackhawk series that ran in the title, which was based on Howard Chaykin’s retconned version. From there, Pasko went on to be the regular writer of the monthly Blackhawk title, working with artist Rich Burchett. 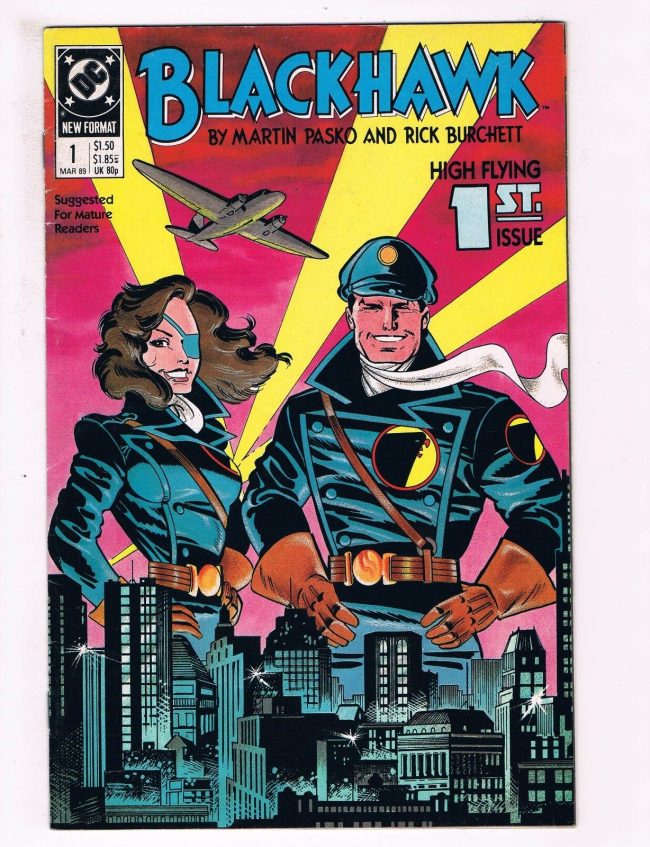 During the 1980s, Pasko had moved to Los Angeles and embarked on a separate career as a writer or story editor on a number of live-action television shows, including Buck Rogers in the 25th Century, the innovative Max Headroom series in its CBS incarnation, as well as writing for such venerable series as Fantasy Island and the 1980s revival of The Twilight Zone. For several years from 1985 through 1989, Pasko partnered with Rebecca Parr on writing and producing work. Following the dissolution of this partnership, Pasko’s TV scripts were solely in the realm of animation, where he contributed scripts to a variety of shows, including The Teenage Mutant Ninja Turtles, Exosquad, Teen Wolf, My Little Pony, and many others. For the fondly remembered Thundarr the Barbarian series, he is credited with naming “Ookla the Mok.” Pasko collaborated with comics and animation veteran Gerry Conway on several scripts and became the story editor for the second season. Among his other animation credits during the 1980s are scripts for Bucky O’Hare, The Tick, Mark Schultz’s Cadillacs and Dinosaurs and The Legend of Prince Valiant, based of course on Hal Foster’s classic comic strip.

In his long and varied career, Pasko also acted as DC’s liaison with Warner Brothers Studio, supplying reference and consulting on both animated and live action series such as Smallville and Birds of Prey. While working as a writer and story editor on Batman: The Animated Series, Pasko won a Daytime Emmy. He also wrote the spin-off animated feature, Batman: Mask of the Phantasm.

Former DC Comics President and former roommate Paul Levitz said this about his friend and colleague: “Whether commenting on the latest comic he read, the events of the day in politics, creative theory, or just making conversation, Marty had one of the sharpest wits of our generation, and opinions … Oy, did he have opinions. I learned from him, learned by arguing with him, and took joy in ample helpings with the hamburgers or Chinese food we shared over the decades.”

Artist and Former Heavy Metal Art Director John Workman wrote: “Marty was a great guy, and a wonderful writer, from the time when he was writing commentary in the DC letters pages and throughout his days writing stories for comics, TV, and movies. I'll miss him.”

Artist Walt Simonson: “He always gave me too much credit for boosting his career, but he didn’t need any help from me, as his later career shows. He was funny, trenchant, and opinionated, in a good way.”

Thomas Yeates, who worked with Pasko on Swamp Thing said, “Martin Pasko was a consummate pro, excellent writer and a nice guy.  He wrote my first real important assignment in the comics business, The Saga of The Swamp Thing. We were the same age but he’d gotten into the business several years before me and really knew what he was doing. One incident stands out. There was a sequence where a character who was badly burned heals completely in a matter of minutes while talking in a phone booth. When I sent Marty the layouts for him to script, I had drawn this scene showing the character in full figure. Marty asked me why I did that. He didn’t criticize my decision, just asked why. By asking me that he got me to reflect on it enough to realize a series of close ups was much better, simpler and clearer. Thanks Marty, that was a great lesson, delivered very diplomatically and effectively. I’ve always remembered that.”

Alan Brennert, who was Pasko’s oldest friend, said, “We're all braced for bad news during these terrible times, but nothing could have prepared me for the call I received this morning telling me that my old and dear friend Martin Pasko passed away last night, of natural causes, at the age of 65. It sounds like a cliché but it's true: Marty was the brother I never had.”

Friend and Colleague Mark Evanier eulogized Pasko in his online column: “I thought he was a very good writer, though I'm not sure he always believed it when I told him that … or when anyone else complimented him.  I definitely consider him one of the good guys and I'm really, really sorry to not have him around anymore.”

Pasko was so versatile and so prolific that it would be almost impossible to recount a complete list of his credits here. In addition to the works already mentioned, he also wrote children’s books and scenarios for video games. In addition, he co-wrote The Essential Superman Encyclopedia and acted as a researcher, consultant and copywriter on 75 Years of DC Comics: The Art of Modern Mythmaking. He made his mark in the arenas of comic books, newspaper strips, animation, and non-fiction and was fondly remembered by many colleagues. 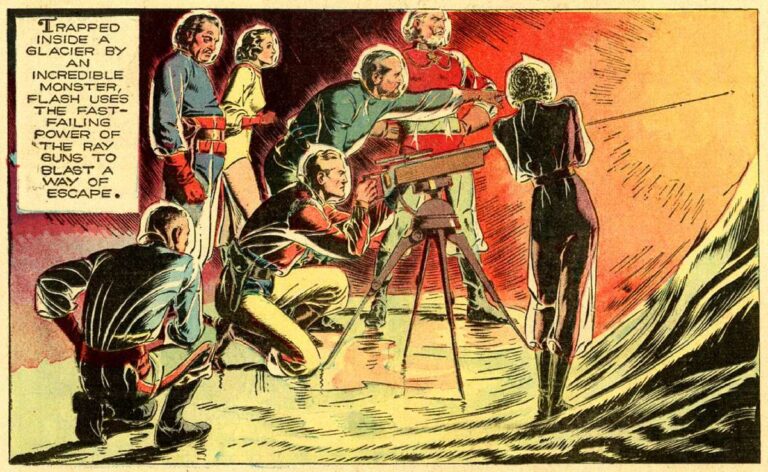 Caniff in the 21st Century