Today at The Comics Journal, we're pleased to share a new review from Matt Seneca. Last time, it was an elongated dip into Moebius--and now he's returned to these pages with a look at a different heavy hitter: Alberto Breccia!

Breccia's art just about demands cliche descriptors. It really is eye-popping. Constructed with dense gnarls of absolutely brutal, slashing brush marks, every panel manages to cohere into a piece of realistic cartooning in the Norman Rockwell mode, with faces, figures, and lighting that startle with their dead-eyed accuracy. Imagine the sober Alex Raymond of primetime Rip Kirby inked over by Bill Sienkiewicz at his most manic and you're close; but honestly, neither of those guys' best work speaks to pure drafting skills as finely honed as Breccia's. Again and again the panels' flair for expressionism carries them to the brink of what looks like chaos - ink and wite-out splatter across the pages, furiously scribbled (and gorgeously reproduced) brush marks envelop blank space with black, and texturing effects that Breccia employed toothbrushes and razorblades to achieve spackle across surfaces. Again and again that chaos reveals itself as tidily observed compositions of light and shade - a group of dry-brushed gouges resolves into a birch forest, an elaborately marked scribble into a wrought-iron sign and its shadow, obsessive masses of ink flecks into a herringbone pattern that recedes perfectly into the light source.

We've also pulled another Stan Lee piece from the print archive--a brief recap of a panel appearance Temple University back in 1978 from Comics Journal #47.

Lee spoke with considerable candor on the subject of television shows based on Marvel characters. He opined that the Hulk series was more intelligently written than the Spider-Man series, but that the constant "message" every week might send the ratings into a nosedive. He felt that an occasional super-villain and fantastic situation would relieve the boredom of the stories told by TV writers.

And of course, today is Marc Bell's fourth installment of the Cartoonist Diary!

Over at Counterforce, Aug Stone interviewed Typex about his Andy Warhol graphic novel with SelfMadeHero.

Over at Time, Gord Hill was interviewed about the Antifa Comic Book.

Over at PopMatters, there's a review of Mickey Z's Space Academy 123.

Over at Chicago Reader, there's an all too brief excerpt from Anne Elizabeth Moore's interview with Julie Doucet surrounding the publication of Moore's Sweet Little Cunt, her in depth look at Doucet's comics work. 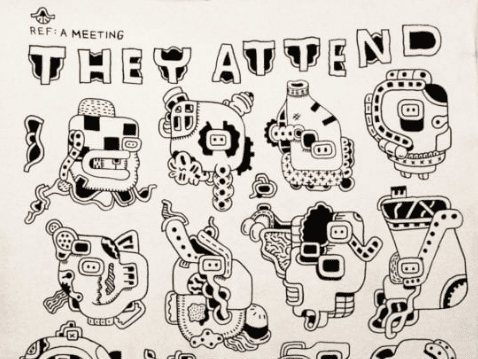 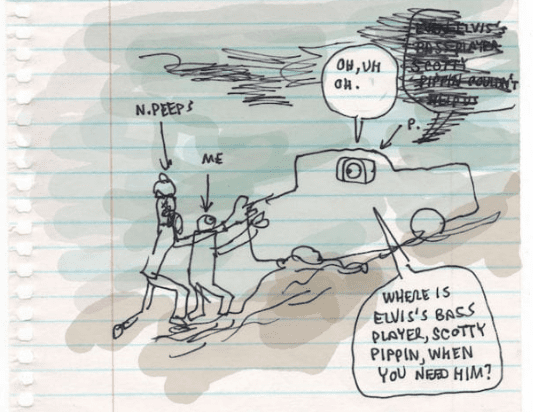