She was born Marilyn Keith, December 24, 1931, in Milford, Connecticut, but after her first marriage, all her friends and acquaintances knew her as Lyn Chevli. She lived with her first husband briefly in Mumbai, India, but their two daughters were born in the U.S.

She is survived by her younger daughter, Shanta Chevli, and a brother. She was pre- deceased by her older daughter, Neela Chevli.

Joyce Farmer provided The Comics Journal with the following remembrance. 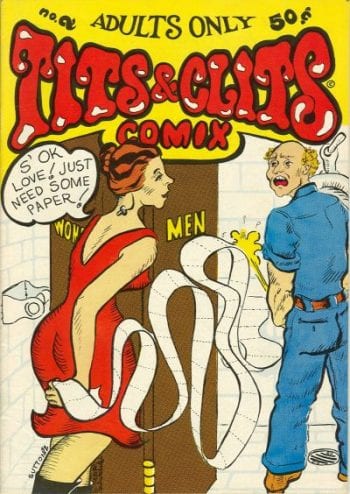 When Lyn Chevli moved to California with her mother and two small children in 1961, she never looked back. She had a bachelor’s degree in art from Skidmore College, but she didn’t like to draw, preferring instead to make silver jewelry and exquisite bronze sculptures using her beloved welding torch. With her then-husband, Dennis Madison, she started the renowned bookstore/art gallery, Fahrenheit 451, in Dana Point, California, then moved the business to Laguna Beach in 1968. The store carried a mix of new-age literature, including early underground comix.

Lyn became disturbed by the clever but bizarre and androcentric stories in the early undergrounds, especially Zap Comix, and decided to produce a feminist comic book that would match the Zaps in anarchic content, but from a woman’s point of view.

After selling the bookstore in 1972, she enlisted the help of another local artist — me — and together we set out to “get even.” Abandoning our first impulse to slice and separate body parts from our male cartoon subjects, we created antic stories and illustrations based on our own experiences of menstruation, birth control, chin hair, motherhood, lack of privacy, and society’s skewed attitudes toward all women of that era. Both of us had been involved in birth control and pregnancy counseling for the Laguna Beach Free Clinic for several years, and that experience informed our work, bringing forth a sense of empowerment and a sex-positive atmosphere for women, though we didn’t quite understand what we were doing at the time. 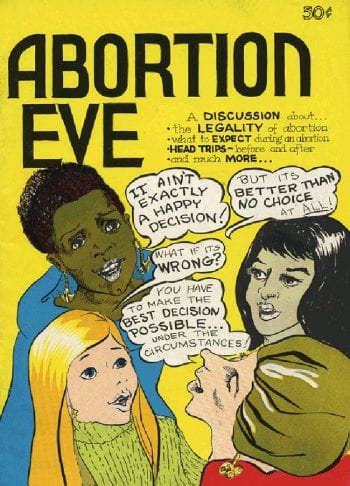 The first Tits & Clits went on sale in July 1972, generating appreciation — and sometimes disgust — among its readers. It was the first comic to be written, drawn, and published by women, preceding Wimmen’s Comix by a few weeks. The first print run of 20,000 sold out, and we went back to press for a second printing a year later.

Roberta Gregory, creator of Bitchy Bitch, has said that we “gave women’s liberation’s second wave a very badly needed dose of sass. The spirit of their comics was uniquely unlike any other aspect of the literature, and even other women’s comics of the era. They were my mentors, encouraging me to publish my own comics.”

In 1973, Lyn and I recognized the need for information about obtaining a legal abortion and undertook another book, Abortion Eve, an educational comic explaining the emotional stress an unwanted pregnancy causes in women, the medical aspects of an abortion, and the steps one must follow to end a pregnancy safely. The Supreme Court’s landmark decision, Roe v. Wade, came just before the publication of Abortion Eve and we were able to detail its relevance for women and women’s rights. Abortion Eve was welcomed for its precise, pro-choice information.

Because of its title, Tits & Clits could not get reviewed in any but the most radical magazines and newspapers, so later in 1973, we published what would have been the second issue of Tits & Clits as Pandoras Box Comics. The change coincided with the arrest of a number of retailers across the nation who were selling underground comix. 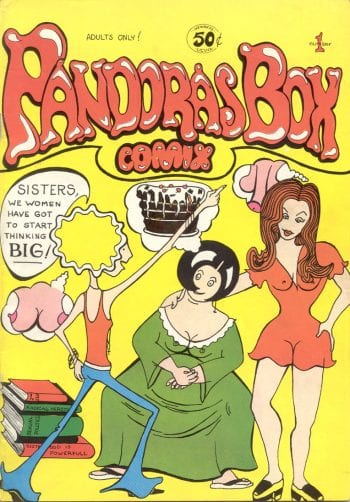 In fact, Lyn and I also faced the prospect of being arrested for publishing and distributing pornography. We dodged that disaster with the help of the American Civil Liberties Union, who fought for the free speech rights of the new owners of Fahrenheit 451, Gordon and Evie Wilson. They had been arrested for selling underground comix, but the last copy of Tits & Clits had been purchased by the authorities as research prior to their arrest and thus wasn’t available to include as evidence at the time of their arrest. The case against them was eventually dropped, and Lyn and I were never arrested, but we had experienced a strong lesson in First Amendment rights and also learned that freedom of speech could cost you your peace of mind.

Nonetheless, in 1976, we returned to the original name and published Tits & Clits #2. Tits & Clits appeared sporadically over the next several years, concluding its run in 1987 after a total of seven issues. Lyn stopped drawing stories after the third issue, but with that issue we began welcoming other new and established women artists to our pages. Lyn remained as co-editor through the sixth issue. 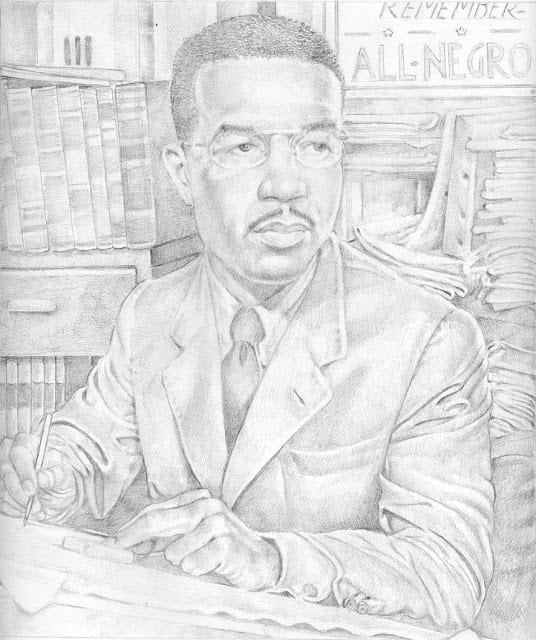