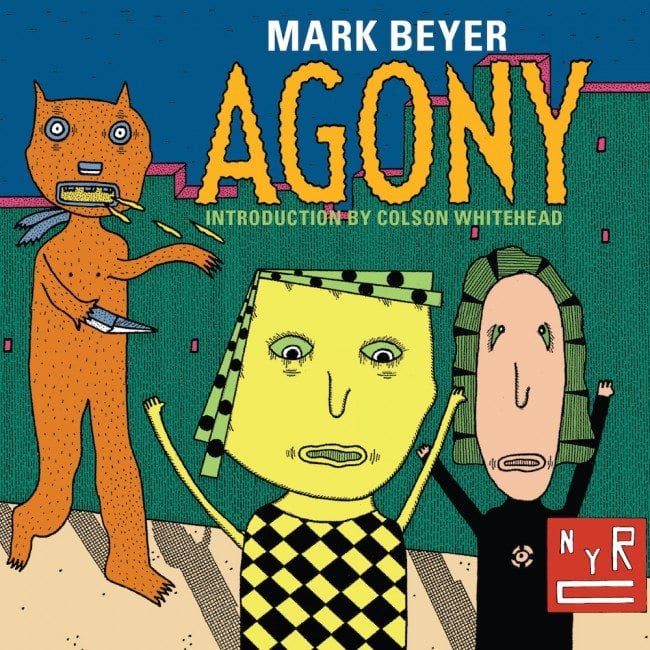 A couple weeks back New York Review Books announced a comics line stretching debuting in 2016 and edited by NYRB editor and critic Gabriel Winslow-Yost and artist Lucas Adams. I'd spoken to Gabe about the line as it was developing and have been eager to see how it would develop. Mostly I'm just pleased to see the medium presented in yet another new context, with the infrastructure to actually support it, which is very, very rare. With six titles scheduled in 2016, it's off to an idiosyncratic and strong debut. I like the mix of cult favorites, unknown gems, and translations. Anyhow, I emailed with Gabe about the books, throwing in some of my own neuroses just for fun.

Dan Nadel: What's the big idea here? What territory are you trying to carve out that's not covered elsewhere?

Gabriel Winslow-Yost: The idea is simply that there are a lot of great comics out there that have sort of fallen by the wayside, as the years have gone by, or -- even worse -- that never made it into English at all, and that they deserve a wider audience. It's really just wrong that a book as amazing and unique as Agony is out of print, that only a single book by Blutch has ever been translated, and on and on. There are a ton of books like that, more even than we actually realized, when we started this project. So it's maybe not so much a specific chunk of the territory we're looking to make our own, but more that there are really excellent things scattered throughout the territory that haven't been covered, and we're going to wander around, picking them up and dusting them off and getting them back onto shelves.

Our main inspiration is the larger NYRB Classics line, which has found hundreds of great books of all different kinds -- from ancient Chinese poetry to 70s sci-fi -- that were more or less forgotten, and brought them back into print and back to the attention of readers. It's been one of the great publishing endeavors of the past few decades, I think (I say that having had no involvement in it, until NYRC), and Lucas and I felt that it would be great to have something like it in the world of comics. 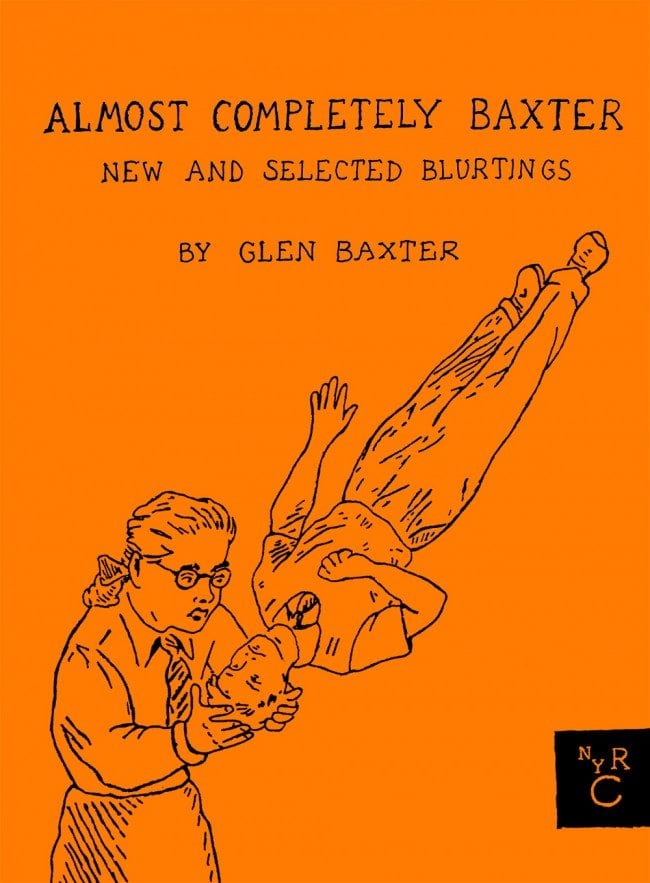 You are starting with three beloved but, in my household, hard to sell authors. I know you knew that, so is this some sort of gladiatorial market test?

Ha, I hope not. We really believe there is a market out there for Beyer and Blutch and Baxter, and artists like them. They're weird, certainly, each in his own way, but that's part of what makes them great. And they are great! Their books are funny and exciting and unsettling and beautiful. So why wouldn't people buy them?

More generally, one of the main things we want to hold to in doing NYRC -- something that underlies what NYRB in general has done over the years, I think -- is a certain faith in readers: in the idea that if the books are good enough, the readers will come. There are a lot of passionate, intelligent comics fans out there already, and I think they'll love these books. And there are more and more people curious about comics, I think, including people who are already buying the various things the Classics line puts out, who would be willing to give some of this stuff a shot, and realize they love it.

How many seasons do you have to make this work?

We're going to do our six books a year until they make us stop, basically. We certainly haven't been given any kind of deadline, and there's a level of organizational patience built in to this whole thing. The folks above us -- Rea Hederman, the owner, Linda Hollick, the publisher, and Edwin Frank, editor of the Classics -- have been incredibly supportive, and all of us know that great books can sometimes take a little time to find their audience. That said, anyone out there who's excited about this and wants it to last should run out and buy just as many copies of every NYRC book as they can possibly afford, as soon as they're available (Agony makes a great gift!). That definitely wouldn't hurt.

Is it just you and Adams doing the selecting? Is anyone else at NYRB weighing in?

Yeah, it's basically just us. We're in an office full of smart people with good taste, so we run our ideas by others here all the time -- Evan Johnston, the NYRB production manager, has been heavily involved from the very beginning -- but in the end it's me and Lucas, hashing it out.

What's your criteria at the moment? Is it pure love and mercy or are you, as I foolishly tried to do, making an argument about the medium?

Closer to pure love and mercy, I think. We both have our own pretty strongly held ideas about comics, and our own specific tastes, so I think some larger argument may emerge, implicitly, as the series goes on. But our conscious goal is more about quality and eclecticism, rather than any specific thesis. That may be its own kind of foolishness, of course. If there is an argument to start with, it's maybe just that there are still so many gems to be found -- that the pool of excellent comics is even wider and deeper than many readers might realize.

How does this line fit into the overall NYRB mission?

Pretty well, I think! There's been a surprising amount of comics and comics-adjacent stuff in the NYRB over the years -- David Levine, Edward Gorey, and Saul Steinberg are huge presences in the history of the Review, and NYRB Classics has done a number of Gorey books, especially, along with a whole bunch of great illustrators in the Children's Collection. NYRB even published a graphic novel already: Poem Strip, by Dino Buzzati, which is a fantastic book.

And in a larger sense, as I said above, the NYRC is entirely in line with what NYRB Classics has done over the years. It's coming out of the same conviction: that if a book is good it stays good, and there will be readers out there for it. We're just applying it in a slightly different arena. 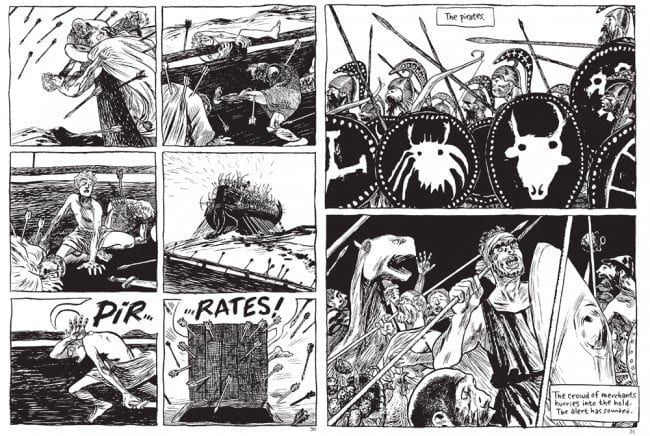 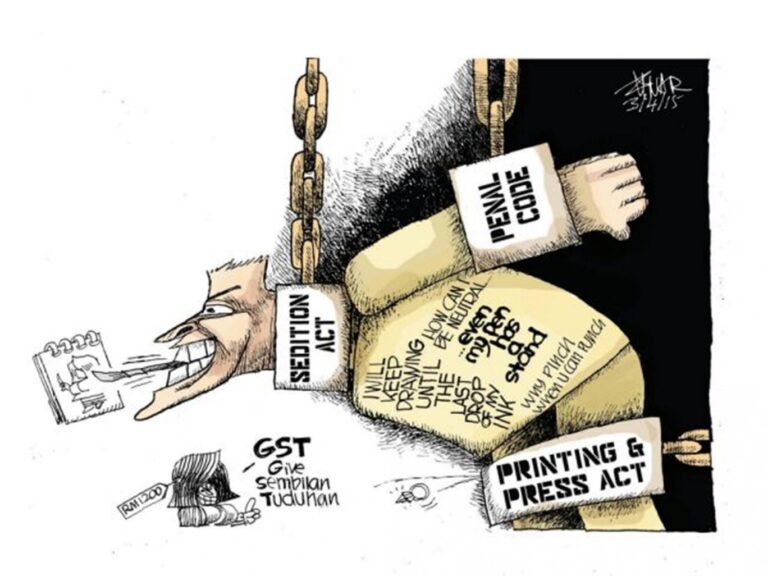 Until the Last Drop of Ink