Welcome back. It's a busy week here!

Here's one I'm excited for Arthur Magazine's Jay Babcock interviewing Ron Rege Jr. about Ron's latest book, The Cartoon Utopia. I interviewed Ron for TCJ almost 10 years ago, and the time spent since then has been fruitful for the artist. It's unusual to see a cartoonist translate metaphysics to the page with so much wit, poetry and clarity.  Jay does a great job here sussing out Ron's process and studies.

JB: Where do you see your personal spiritual practice going, outside of art?

RR: I don’t know right now. I’m at a point of mystery with it, at this exact moment.

JB: But you don’t find yourself drawn to a certain school, or lineage? Or… ‘you know what, I think it’s really the Alchemists for me.’

RR: No, I don’t think there’s any one in particular that I want to delve more into. I wanna keep being open to all of the different aspects. I didn’t attach to any one. I’m not like gonna get into Zen now, or any particular one. From what I know, there’s probably even more obscure aspects that I’d like to look into, but I still am very generally fascinated by the wide gamut of everything. And I want to keep that enthusiasm. To me, it’s important to not pick one little thing. If anything, it’s about the unity of everything and everyone into one thing. It’s weird to me to go and talk to somebody who’s into one thing and doesn’t know about another thing. To be like this weird little section. Which seems weird because it’s all so interconnected.

JB: What about going beyond belief and speculation? What about practice?

RR: That’s something that I definitely struggle with. I don’t have a very great practice of anything. My practice has come through my personality and the way that I approach other people, and deal with other people, and then issues with my life. I’m very interested in my dream practice right now: the differentiation between waking life and sleeping life.

JB: You have a strip in there about the Tibetan dream yogas.

RR: Yeah. But… I definitely am going through a period of really ultra fascination with everything. Life seems like — and I don’t know if it’s the life that I’ve created for myself, or if it’s just experiences that I have — I’m just fascinated all the time. The lights look brighter. The colors on the trees look more green. The things that people say seem way more significant. The vibes that I’m getting from people…the give-and-take, the push-and-pull with other human beings. And then I’m just amused and fascinated by they way that people act. Usually if I go out in a social situation, at one point during the night I’ll be just like, ‘Humans are ridiculous creatures! Just ridiculous!’ And I’ll think about all the interplay in social structures, different people I know — just what we’re eating and drinking, and the way that we’re… I feel like I’m a squirrel [watching the humans]… Suddenly I have this weird awareness of how utterly ridiculously fascinating everything that we’ve created is.

-Over the weekend we posted Tucker Stone's "19 Best Comics of 2012". It's a healthy and eclectic list that, whatever you agree or disagree with, is pretty reflective of the incredibly broad spectrum of the medium right now.

-And today Gabrielle Gamboa begins her week-long residence as our cartoon diarist.

-The calculus here is simple: Bob Oksner art + "The Brat Finks" = Gold. We have no Bob Oksners anymore, though Johnny Ryan is close, and so, it turns out, is Benjamin Marra.

-And now I want you to hold your breath, count to 20 and watch this film by Yellow Submarine co-director (Heinz Edelmann never gets enough credit for his directorial role) George Dunning. 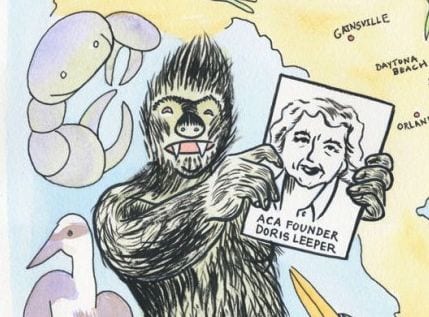 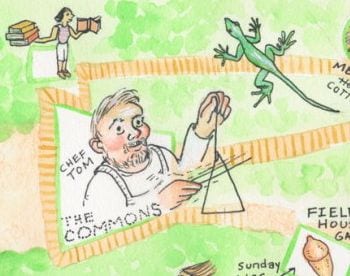