As we headed into the long weekend we got word that Buenaventura Press and Pigeon Press publisher Alvin Buenaventura had passed away. Joe McCulloch and Chris Mautner wrote our TCJ obituary and spoke to some of the publisher's close friends. Tim Hensley has a personal remembrance here.

Joe's column will be back tomorrow. Today we also have an overview of the seminal NYC newspaper, The East Village Eye, courtesy of John Kelly.

Lower New York has been the scene for numerous “art movements,” and the decade between the mid-70s and mid-80s sure was one of them, especially for the convergence of comics, “art,” and punk rock.  In 1976, the first issue of PUNK appeared, creating a forum for the transformation of music and popular culture that was happening each night at the Bowery’s CBGB.  Both PUNK and CBGB found their home–and their attitude–in the barren Hell that was then New York’s East Village and were fueled by the community of young artists drawn to the area in search of artistic freedom and cheap rents.  A few years later, the first issues of both World War Three Illustrated and RAW appeared in East Village shops and while neither was a “punk” publication per se, they carried punk’s DIY approach of tearing up the established norms in an attempt to create something new and different.  And then there were all the arty papers that sprung up as competitors of, or alternatives to, the long-running Village Voice.  And, best yet, most of them carried great comics.

“The early to mid-80s were a great time for alternative publishing in NYC,” said Bob Newman, former art director and editor of Seattle’s The Rocket and art director of The Village Voice.  “In addition to the NY Rocker there was the Soho Weekly News, East Village Eye, and Paper, which was just starting up, and was being published in all black and white as a giant fold-out. And also NYTalk, which must have started back then as well. I’m sure there were more, too, that folks will remember.”

Today we will take a look at one of those papers, the East Village Eye, where a number of seemingly divergent worlds came together in one publication.  From 1979 to 1987, the East Village Eye chronicled the rise and fall of the East Village art, music, fashion and cultural scene and remains a record of the period’s mixture of punk, no wave, graffiti, Latin music, and hip-hop.  Among many other things, the Eye also published the first, or very early, work by a number of notable cartoonists.  It also ran the first-ever interview with filmmaker David Lynch.  It even coined the term “hip-hop.” 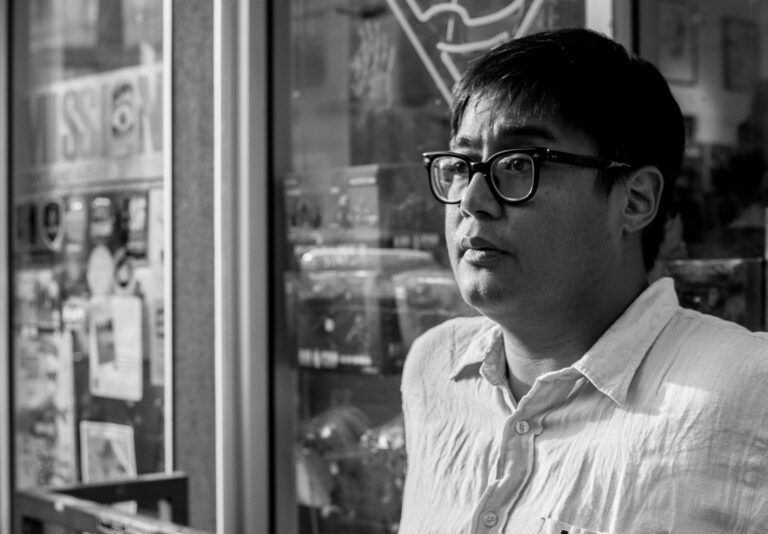 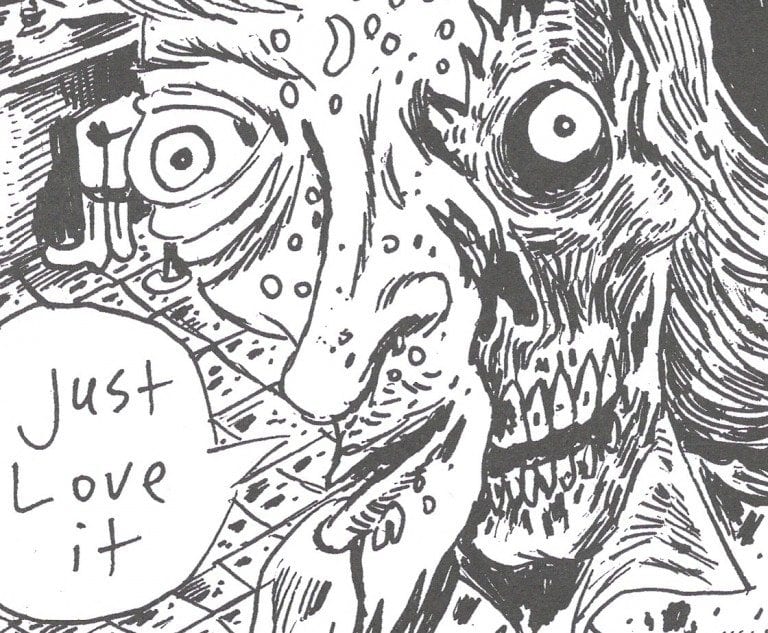