Today on the site, I bring you my chat with Anya Davidson about all things Band for Life, as well as art and life and such topics that sprang to mind. Go out a buy everything you can by Anya. Here's a bit from the interview:

I somehow don’t think Guntit is actually based on your own bands (or maybe….), but the member do fit some rock archetypes. Are you a reader of rock bios? If so, which is your fave?

The name Guntit is taken from a real band. Lale Westvind, Thomas Toye and Laura Perez Harris were all living in New York (Lale’s since moved to Philly) and they started a band. When I heard they were called Guntit I was like “that’s the best band name ever.” You know, the reason most of us start cartooning is we’re in grade school and we draw our teachers boning or something and our classmates think it’s hilarious so we keep at it. I wanted to make Lale, Tom and Laura chuckle, because they’re some of the coolest people on the planet, so I drew this proto Band For Life Strip and that’s how it started. But all the characters are fictional in the sense that they’re 95% me, a sprinkle of my friends and a sprinkle of observation out in the world. As far as band bios, yeah, I read Come as You Are, the Story of Nirvana when I was a kid and that was a big deal, and Confusion is Next, the Sonic Youth Story. Get in the Van, the Rollins one, is great. I read White Line Fever, by Lemmy, while I was on tour once. That’s a great one for reading in the car cause the type is huge. And Patti Smith’s memoirs. I don’t know if I have a favorite, although the Nirvana one turned me on to a lot of other music. I did very consciously set up a rivalry between Annimal, the drummer in my book, and Linda, the frontwoman. I’ve always hated the Rolling Stones, but I find the rivalry between Richards and Jagger really entertaining in a camp way. So I sprinkled some of that in. But it’s just a fact that bands have conflict. I don’t know if collaboration can exist without conflict. 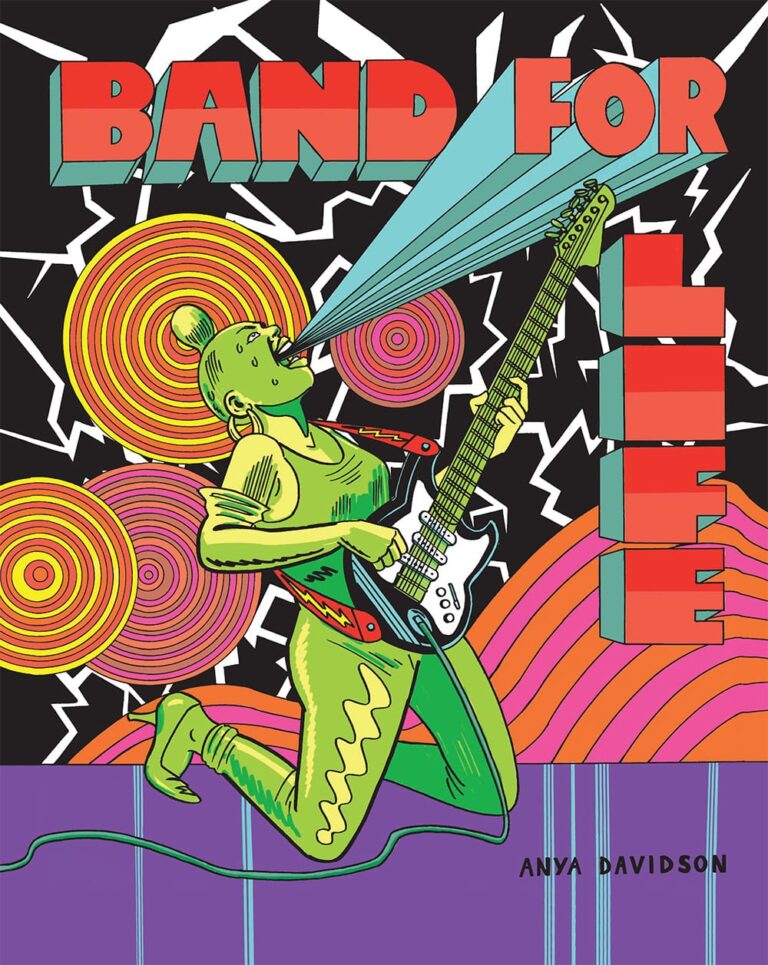 A Chat with Anya Davidson 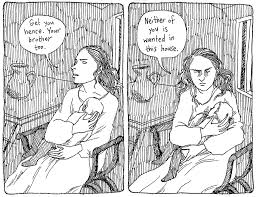