We’ve reached that time of year when, for a few days, virtual panels become the main universal currency, as another [email protected] arrives, possibly for the last time, if 2022 sees a return to in-person mass-gatherings, largely dependent on what COVID has to say on the matter.

This year there’s an added frisson of time being a completely meaningless construct, as comics folk are already talking about how fun their panel was, with a number of them being pre-recorded. So you can pretend you’re Bruce Willis in 12 Monkeys, as a treat, if you like. More treats, in delicious link form, below.

RoboCop from my sketchbook.(2020) pic.twitter.com/Ag96iZ01Nj

Truth, if truth be need be… This week’s news.

• We’re in the thick of comics awards season at the moment, and The Harvey Awards have announced this year’s shortlists of nominees, with voting applications now open for comics professionals, or you can just sit back and wait to see the results in October, via virtual ceremony.

• ICv2 reports on this week’s industry personnel moves, as Rob Levin heads to Valiant from Humanoids to take on the role of Executive Editor, replacing David Wohl who is now Zenescope’s Editor-in-Chief.

Look Back, Special One-Shot: A huge 140+ page one-shot from Tatsuki Fujimoto, the creator of Chainsaw Man! When two students aspire to become manga artists, the paths they choose change their lives forever. Read it FREE from the official source! https://t.co/ZQIxXK2KFZ pic.twitter.com/XFJu6aXQpJ

• Martin Brown reviews the disconnected elegance of Will McPhail’s In - “On the whole, though, In is a bit of a mess. The framing puts it at a disadvantage that McPhail never quite overcomes. Even if it eventually pays off, Nick’s socially awkward, B-grade comedic material takes up half the book. Frontloaded with blithe observational yuks, the whole tone of the book is thrown off. Then there’s some vague gesturing toward a conversation about race that never actually materializes, which gives the book an off-putting undertone.”

• Helen Chazan reviews the humanized melodrama of Shigeru Mizuki’s Tono Monogatari, translated by Zack Davisson - “More cynically, one could read this work as the Legends of Tōno being folded Disney princess-style into the Mizuki Pro brand, complete with special guest appearances by NonNonBa and Nezumi Otoko. I would not be surprised, however, if many readers find this book a little slight, a little dull; a minor collection of the kind of stories we expect Shigeru Mizuki to tell in a mundane, austere register. That said, as a literary adaptation, there is some stimulating intertextual play, and when the works are held up against one another, it is clear that Mizuki has added a great deal of drama to the original.”

• Andy Oliver reviews the delicate composition of Sabba Khan’s The Roles We Play.

• Lindsay Pereira reviews the poignant humor of Will McPhail’s In.

Gary Tyrrell has capsule reviews of Evan Dahm’s The Harrowing of Hell and Island Book 2: The Infinite Land, and Ryan North and Albert Montey’s Slaughterhouse Five.

Ryan C reviews the explosive bombast of William Cardini’s Reluctant Oracle, the skillful aesthetics of Jay Stephens’ Dwellings, and the effective onslaught of Dustin Holland’s The Future Is An Open Mouth.

Tom Batten has a starred capsule review of the demented havoc of Massimo Mattioli’s Squeak the Mouse.

- The haunting brutality of Bastien Vives’ The Butchery, translated by Jenna Allen.

- The winsome friendliness of Pascal Girard’s Rebecca & Lucie in the Case of the Missing Neighbor, translated by Aleshia Jensen.

• LaTonya Pennington reviews the heavy narrative of Lawrence Lindell’s Still Couldn’t Afford Therapy, So I Made This, Again.

Irene Velentzas interviews Nate Powell about March, storytelling and memory processing, and understanding historical context for inter-generational dynamics - “Comics and book-length comics have established that subject matter and topics of communication are virtually unlimited in comics. I’d say a lot of this has to do with the rise of graphic novels throughout the ‘90s, but specifically, the generational shift which occurred by the explosion of manga in bookstores throughout the ‘90s. That expanded the gender gap, the readership gap, [and] subject matter. The various storytelling methods spoke to a new generation of readers and those readers becoming cartoonists.”

• Chris Coplan speaks with Mike Holmes about My Own World, the reading options available to middle-grade comics fans, taking the time to mull solo storytelling, and telling authentic stories for younger readers.

• David Brooke interviews Skottie Young and Jorge Corona about The Me You Love in the Dark, haunted house stories, channeling lockdown monotony, and inspirational media.

• Ricardo Serrano Denis chats to Jeremy Haun about Haunthology, the joy of short stories, pandemic isolation, and what to write.

- Robert Wells about Love Her Madly, 30 years in the small press scene, not being pigeonholed by graphic medicine, and lessons learned about things to do when promoting yourself and your work.

- Matthew Dooley about Flake, deadline motivation, the importance of McSweeney’s, and creative/publishing processes.

- Mereida Fajardo about Quark Soup, playing with form, not becoming a physicist, and maintaining interest in projects.

Alex Dueben interviews Leah Moore about The Doors: Morrison Hotel, matching songs to artists, the collaborative nature of comics, and future projects; and talks to Ira Marcks about Shark Summer, the art of pitching, creative puzzle pieces, and the anxiety of a debut book.

• Mike Avila speaks with J.M. DeMatteis about Spectacular Spider-Man #200, the resonance of the Parker/Watson relationship, fusings of writer and characters, and Marvel collection mysteries.

Come with me if you want to live. pic.twitter.com/xp5hM8T4bn

One word for every thousand pictures… This week’s features.

• Here at TCJ, MK Reed shared a week of Cartoonist’s Diaries, with good dogs, pandemic plants, and well-timed Eisner memories. You can start with part one here.

• Also for TCJ, Ian Thomas writes on the socially progressive storytelling on display in Night Hunters and Beef Bros, and effective they are at spreading the word about the potential futures they’re railing against - “Night Hunters and Beef Bros say the same thing in different ways: capitalism is making many of our lives miserable, but there is hope in class solidarity. If Night Hunters is a cautionary parable of class solidarity, Beef Bros is a celebration of the same. And while both of these titles succeed in telling their respective stories, it is Night Hunters that hangs together as a coherent, accessible narrative, even if it undercuts its radical vision with a resolution that favors symbolic victory over material gains. Its adherence to genre story structure gives it mainline appeal.”

• Over at Solrad, Helen Chazan writes on finding yourself in Rumiko Takahashi’s Maison Ikkoku and returning to the series with Viz Media’s recent signature edition reprints; Anna Sellheim highlights engaging depictions of female friendships in comics to counterbalance the creative vacuum of the Instagram Explore tab; and Andrew Neal gives a rundown of the titles battling it out this evening for the Best Humor Publication Eisner Award.

• Likely surprising no one of this parish, writing for The Hollywood Reporter, Aaron Couch has a piece on the murky world of the compensation (or lack thereof, mainly) offered to creators whose work-for-hire “inspires” on-screen adaptations.

• On a related note, over at ICv2, Rob Salkowitz looks at the various career paths available to today’s creators, and whether any of them help with getting paid. Again, the conclusion in this article is most likely unsurprising to you, dear reader.

• For NeoText, Tom Shapira writes on the unbeaten and unsung run of form of women colorists on DC comics in the 1980s, and the similarly underappreciated women film editors of Hollywood, USA; and Chloe Maveal looks back on the brief existence of Penthouse Comix, and its Murderers’ Row of talent, with some (as you’d expect) extremely NSFW accompanying imagery, so consider yourself forewarned.

• Shelfdust’s Black Comics History series continues, and this week Matthew Cowans looks back at 1988’s Black Panther: Hero No More #1, its balancing of contemporary geopolitics and superhero characters as heads of state, and why its release was delayed by four years; and Kelly Kanayama ends the Secret Invasion invasion, looking at the event comic’s troubling, xenophobia-laden denouement.

• Brigid Alverson writes on Edgardo Miranda-Rodriguez’ La Borinqueña, for Publisher’s Weekly, looking ahead to the return of the Puerto Rican superhero, and the fundraising and educational efforts the character has been the figurehead for.

• Over at Women Write About Comics, Adrienne Resha writes on the systemic failures of books in the X-Men line to fulfill the potential of the mutant metaphor, and the glaring example of Excalibur’s invoking of alchemical nomenclature.

• As San Diego Comic Con rolls around once more, as it always must, Drew Bradley looks back on the history of the convention, for Multiversity Comics, and how a small non-profit became the church of transmedia geek “culture” properties.

• Writing for ICv2, Rod Lamberti shares a retailer’s-eye-view of recent scuffles in the world of comics distribution, and how the pandemic shook out for Iowa’s Rodman Comics.

• A couple of open-access papers from Estudios de Traducción, which will open as PDFs just FYI, as Hiroko Inose writes on the shojo manga elements utilised in the work of Miura Shion, and Laura Chiara Spinelli has a paper on the reception of American comic strips in Italy in the 1960s.

Button and his mushroom friends. pic.twitter.com/4fHZlIerfu

• Kicking off the week with some virtual panel content from last weekend, in case, for some reason, you thought that [email protected] was not going to provide quite enough over the next few days, as Image’s Skybound Xpo II #content is going up online.

• Brian Heater welcomed Gilbert Hernandez to the Recommend If You Like podcast this week, as they discussed career ambitions, channeling the punk vibe in comics, and sympathetic characters and messed up behavior.

• Noah Van Sciver had a fresh cartoonist chat with Megan Kelso, as they discussed educational disapproval at putting words with pictures, book deals, and putting the Watergate scandal into comics form, plus: a flick through selections from the NVS comic collection.

• Matt Lune was definitely not actually Sara Century, who was joined by SE Fleenor, for this week’s Shelfdust Presents, as they discussed Secret Invasion tie-in New Avengers #39, and what Skrulls would be good/bad at.

• All the hits you’ve come to expect from Cartoonist Kayfabe this week, as Jim Rugg, Tom Scioli, and Ed Piskor turned the pages of Trump: The Complete Collection, every issue of Eightball, the artist edition of Daredevil: Born Again, Batman: A Death in the Family, Uncanny X-Men 256-258, Michael Golden’s Star Wars comics, and Faust: Love of the Damned #1.

• A couple of Make It And The Tell Everybodies this week, as Dan Berry spoke to Ben Towle about Four-Fisted Tales: Animals in Combat and keeping things loose, and Sabba Khan about The Roles We Play and language barriers.

• Deb Aoki hosted this week’s episode of Mangasplaining, as the team discussed Kaori Tsurutani’s BL Metamorphosis Volumes 1 and 2, and its gentle introduction to the world of boys love manga, without actually being a boys love manga.

• David Harper was joined by Maria Capelle Frantz for Off Panel this week, as they spoke about Alaska life, Joan of Arc, and the importance of lettering.

• SDCC time on Publisher’s Weekly’s More to Come this week, as the virtual convention train keeps on chugging, along with discussion from the team on recent comics closures and buyouts, as the market goes a bit wild over summer.

Illustration for 'Temple' a comic of mine being published by @Short_Box pic.twitter.com/a626VUzfYO

That’s all for this week, back again next time with more post-SDCC hyperlinks, probably sourced while watching the Olympics. Any distraction that works, at this point. 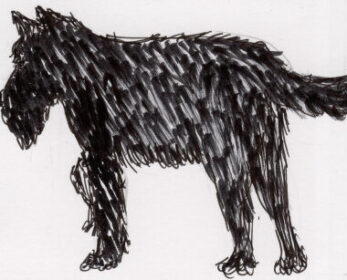 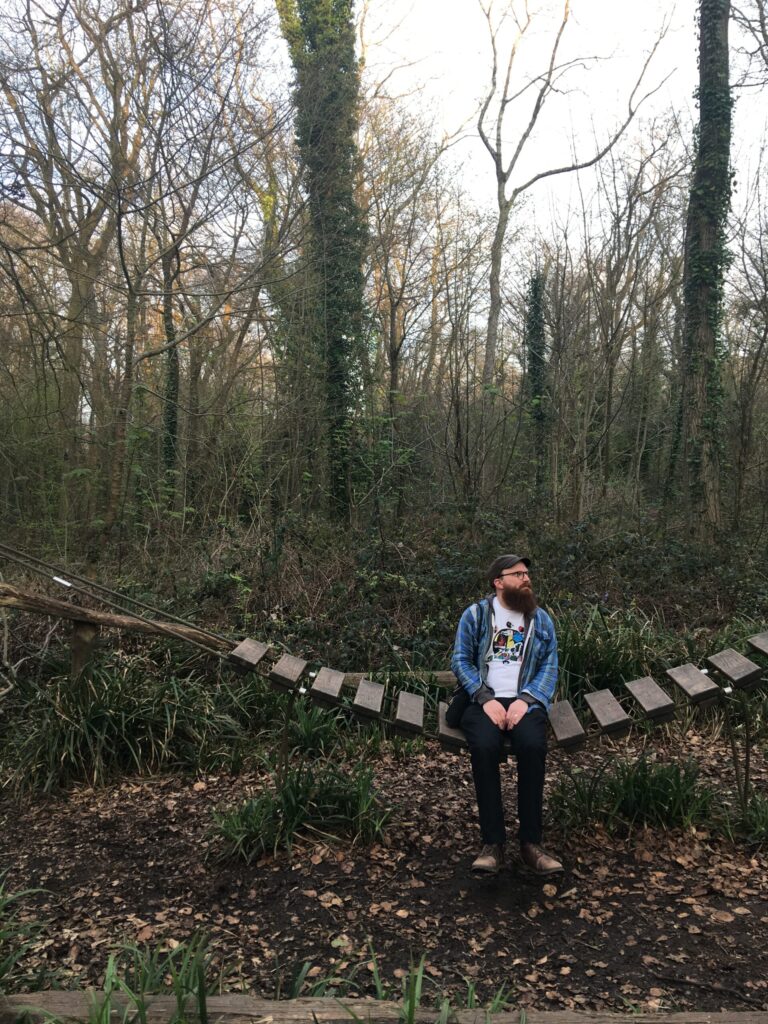 “I Wanted To Try Something New”: A Conversation with Simon Moreton