Today on the site, we have a piece by Robert Elder on the many comic book cameos of Ernest Hemingway.

Celebrity cameos aren’t new to comic books. Both Stephen Colbert and President Obama appeared alongside Spider-Man, and Eminem got a two-issues series with the Punisher. Orson Welles helped Superman foil a Martian invasion and John F. Kennedy helped the Man of Steel keep his secret identity.

While working on Hidden Hemingway, my book about the writer's hometown archives, I fell into a deep rabbit hole: Ernest Hemingway appearances in comics. I found him battling fascists alongside Wolverine, playing cards with Harlan Ellison and guiding souls through purgatory in The Life After.

He’s appeared alongside Captain Marvel, Cerebus, Donald Duck, Lobo—even a Jazz Age Creeper. Hemingway casts a long shadow in literature, which extends into comic books. It’s really only in comics, however, where the Nobel Prize-winner gets treated with equal parts reverence, curiosity and parody.

But as author Tim O’Brien (The Things They Carried) has pointed it, there is no one Ernest Hemingway. In fact, comic books provide a more nuanced view of Hemingway than other forms of pop culture, like the movie Midnight in Paris.

In the 40-plus appearances I found across five languages (English, French, German, Spanish and Italian), Hemingway is often the hyper-masculine legend of Papa: bearded, boozed-up and ready to throw a punch. Just as often, comic book creators see past the bravado, to the sensitive artist looking for validation.

Here, in part one of a multi-part series: we explore Hemingway homages, appearances and doppelgangers in comics, from the divine to the ridiculous.

Unfortunately, the folks at DC Comics chose to play a very mean-spirited and ill-advised “prank” on me, shortly after I’d started drawing the series—one with tremendous repercussions on my life and career. Newbie editor Alan Gold (who took over the editorial chores starting with issue #2) and I were summoned to a meeting to discuss the book (I forget whose office it was)—where there was only one chair available, for only one of us to sit. I refused three invitations to sit down, since there was no way I was going to sit, and have my editor stand around like an uninvited guest in a meeting that concerned us both. Alan then decided to break the ice, and after my third refusal, moved to sit in the chair himself. It collapsed completely to the floor, where he was left sitting flat on his ass, with all four legs of the chair splayed out around him. After a pause of about half a second, he laughed uproariously. However, I didn’t find that joke intended to be played out at my expense the least bit funny—as I said, I took my job very seriously—nor did I find funny the fact that the meeting mysteriously evaporated after that, with no explanation nor apology given about the strangely collapsing chair, and without a single thing about THRILLER being discussed.

—And Ruben Bolling was a guest on the RIYL podcast. 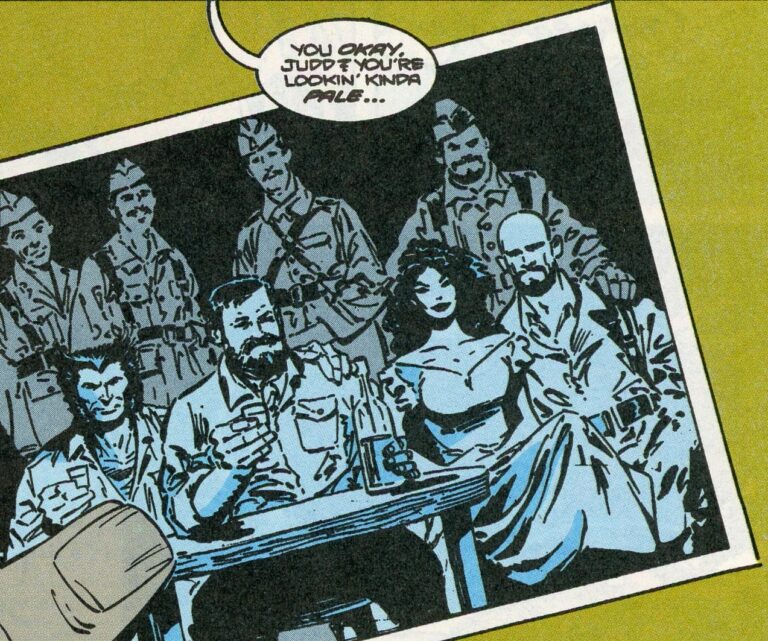 When Wolverine Met Hemingway: A History of Ernest Hemingway in Comics: Part I 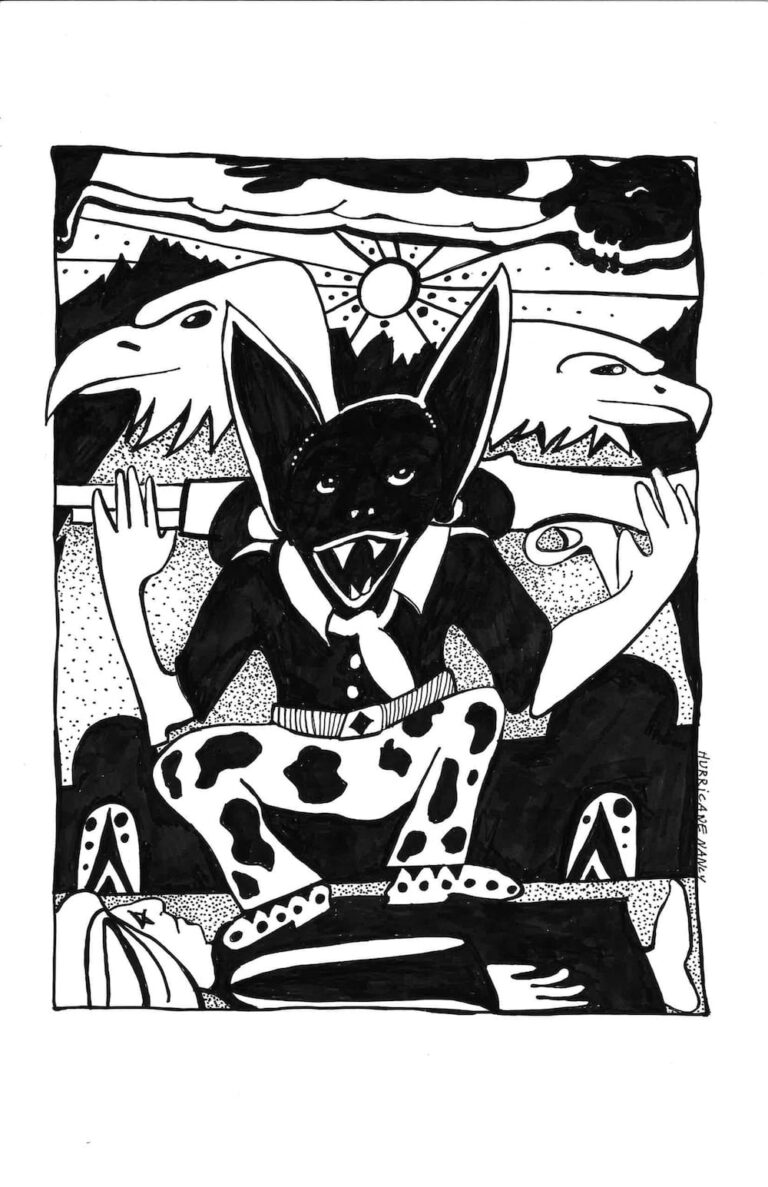 An Interview with Nancy Burton