In the business of webcomics, you get used to being paid in clicks and likes and shares rather than, you know, actual money. If your comic takes off across the memefields like a glorious untamed mustang, it’s worth it for the exposure, right? But as my cartooning guru Lea Hernandez says, you can die of exposure. And with the terrain of the Internet shifting from websites to more fluid social media, more and more cartoonists are dealing the experience of having their work shared around the world by thousands of readers…with their name erased.

It’s common for Internet denizens to share favorite comics and illustrations without paying much attention to the source. But some go further than that, actively deleting names, URLS, and even artists’ signatures from the work before passing it along. Most cartoonists, when they discover their work floating around the Internet without attribution, groan with resignation or possibly make an irritated blog post. But when cartoonist Rachel Dukes discovered that this had happened to a strip titled “Life with/out a Cat” from her journal comic Intentionally Left Blank, she crunched the numbers and shared the results in a blog post, “On: Image Alteration and Theft on Social Media."

With a little detective work, Dukes determined that the strip first went viral when, on the same day she posted it to her website and Tumblr account, it got shared (with attribution) on the megaforum Reddit. The next day, it was posted to an image-sharing site called 9GAG with Dukes’s URL and copyright removed. From Reddit and 9GAG, the two versions of the strip—one with attribution, one without—spread  throughout the Internet. A few months later, BuzzFeed, one of the major hub sites for links and images throughout the Internet, posted the uncredited version of the strip with Dukes’s URL printed underneath. Unfortunately, this meant that most people who reposted the strip from BuzzFeed did so without bothering to give it any attribution.

Dukes hastens to add that these estimates are very rough. It’s impossible to locate every website and social media account that’s reposted the strip. But Dukes’s legwork reveals a couple of harsh facts about image sharing. First, lack of respect for creator rights—or even basic credit—is nigh-universal in Internet culture. Unattributed file-sharing is common on libertarian-leaning sites like Reddit and 4chan, on progressive-leaning sites like Tumblr and Pinterest, and everywhere in between. The larger, more legit sites may make an effort to credit artists, as Reddit and BuzzFeed initially did with Dukes’s strip, but they don’t try to curb the attribution-scrubbers. Even sites specifically aimed at artists, like DeviantArt, constantly deal (or, more typically, fail to deal) with members lifting art and removing the attribution to pass it off as their own.

“In some cases, an individual edits out attribution in order to pass the work off as their own,” says Dukes. “More frequently, attribution is edited out by staff of meme-based websites like 9GAG that profit off of ad revenue. The reason that they do this is because they want readers to stay on their website, clicking from image to image, for a long period of time. That’s how they make their ad revenue.” The last thing these sites want is for users to leave their site to look at an individual artist’s website instead.

This sleazy method of generating clickbait isn’t just bad for the artists; it does a disservice to the site’s viewers, who have no way of finding more work by an artist they like. And creating a relationship between reader and artist is crucial to success in webcomics. “There's a new intimacy to the interaction between creator and reader with social media as it is today,” says Dukes, “because of the immediacy of replies and reactions. Creators have been humanized.”  Stripping the creator away from the comic makes the comic less human, too.

Sometimes webcartoonists with enough clout can fight back. In 2011, Matthew Inman, creator of the enormously popular webcomic The Oatmeal, publicly criticized the image-sharing site FunnyJunk for routinely reposting Oatmeal comics. FunnyJunk responded with a preemptive lawsuit demanding $20,000 in damages for defamation. In retaliation, Inman announced “Operation BearLove Good, Cancer Bad”, a campaign to raise the $20,000 through reader donations, then send FunnyJunk a photo of the money along with a drawing of the owner’s mother having sex with a bear. Inman would then donate the money to charity. Operation BearLove raised $220,024 for the American Cancer Society and the National Wildlife Foundation and none for FunnyJunk, which filed a lawsuit against Inman (and every organization involved in the charity drive, plus state attorney general Kamala Harris) but eventually dropped the suit in 2012.

But Inman is not only one of the most successful current webcartoonists, but a canny businessman who retains legal counsel for just such situations as FunnyJunk’s nuisance suit. Few cartoonists have those resources. And sometimes there are simply too many targets to hit. When a comic goes viral, it may be impossible to figure out which site was the first to remove the creator’s name.

The bright side is that many readers do want to know more about the artists behind their favorite comics.  After Dukes posted on her blog about the spread of “Life with/out a Cat”, she was inundated with messages from people who had enjoyed the strip and were thrilled to find out where it came from—that there was, in fact, an entire website full of similar comics by the same creator.

Dukes suggests that webcartoonists put watermarks on their art and/or place their signature and URL inside the panels to make them harder to erase. Some cartoonists incorporate their name and the title of the comic into the art in decorative ways that can’t be removed without making the edit obvious. But ultimately, the most effective ways to curb attribution-scrubbing are to educate Internet users about the problem and crack down on the less ethical image-sharing sites. Most people, says Dukes, share uncredited comics “simply because they don't know any better. And that ignorance is exactly what 9GAG is banking on.”

Ultimately, Dukes remains enthusiastic about the connectedness of online communities and the experience of making webcomics. “More than anything,” she says, “I think it's important that creators keep creating despite image theft and alteration.  But if we want to stop the complacency directed toward sites like 9GAG it's important that we act as a community—creators and readers—to preserve artist rights and integrity.”

Enormous thanks to Rachel Dukes for talking with me for this column and providing her extensive insight. 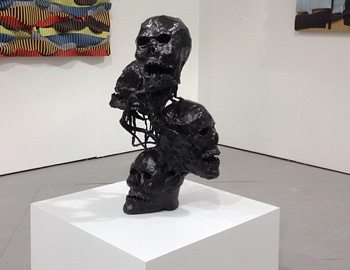 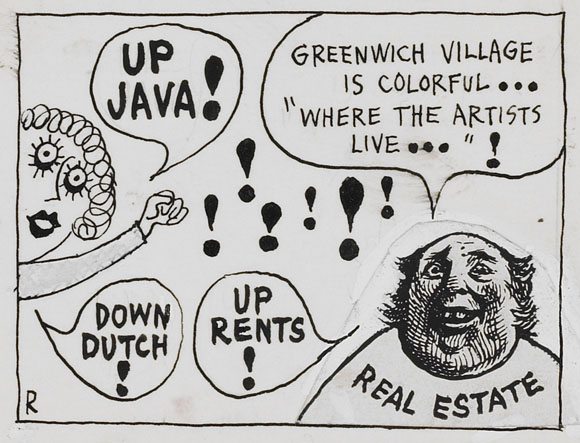