Today on the site, Matthias Wivel is back with one of his best columns yet, a look at the thoroughly individual (and empathetic) work of Dominique Goblet.

The Belgian artist and comic-book maker Dominique Goblet is intensely concerned with life as lived by others, and life as a communal experience. She is among the most empathetic of artists working in the comics form, with each project pushing further the boundaries of interpersonal hermeneutics. Goblet is of the generation that emerged in the '90s and helped consolidate ‘the graphic novel’ and ‘art comics’ in broader cultural terms—the first, arguably, to unabashedly self-identify as artists.

It is probably unsurprising, therefore, that she made autobiography—the genre that centered that movement—her proving ground. But she differs from most of her peers in that she has consistently looked beyond herself, in the process redefining for reality-based comics the way of working that has determined so much of the historical evolution of comics: collaboration.

Her latest book, Amour dominical, published this year, is no exception. On the face of it, it is less her book than that of her collaborator, Dominique Théate. Badly injured in a motorcycle accident when he was young, he suffered brain damage that radically changed his life. He lives in the area in which he grew up, the Vielsalm municipality in the Ardennes region in southeastern Belgium. Goblet first met him there in 2007 when, as part of a group of comics-oriented artists associated with the Belgian collective Frémok—of which she has been a constituent part since the early '90s—she visited La “S”, Grand Atélier, an arts center for the mentally handicapped located in an old army barracks.

We also have a new artist making the Cartoonist's Diary this week: Chris Kuzma. Here's Day One and Day Two.

Robert Kirby is here, too, with a review of Joakim Drescher's Motel Universe.

The intergalactic adventures of Motel Universe unfold in seemingly free-form fashion, driven by creator Joakim Drescher’s delightfully go-for-broke imagination in both storytelling and visuals, along with his seriously loopy sense of humor. Drescher sneaks in some potent tropes about scapegoating and the exploitation of the most vulnerable members of society, but his satire is offered up in such over-the-top surreality that it all goes down quite easily. Drescher is clearly having a lot of fun with his creations and that fun is contagious.

The plot centers around a hapless slave race of folks known as the Skins. The story opens with two of them, a father and his young daughter named Plum, being cast out of an apparent place of safety by a weird tiny being who rides a bird as if it were a horse. As they are forced to fly off into the dangerous unknown, the father laments: “Nothing changes, there is no sanctuary. As long as the skin of our people is precious – we will be HUNTED FOR IT!”

Rich Tommaso’s Dry County has a regular-guy protagonist, Lou Rossi, who plays at being a detective. It’s hard to blame him for this bit of make-believe after he stumbles into what anybody would recognize as the start of a mystery. He meets a pretty girl, Janet Laughton, and then only a few days later she disappears, followed by a note that reads, “Do not call the police or she dies.” He spends the rest of the book trying to track her down with the skillset and street-smarts that would actually be available to him as a young cartoonist and movie critic in the year 1990 - which is to say not much. He bumbles around, recruits some friends to stake out her ex-boyfriends, and runs a contest in his newspaper comic strip to try and send her messages. The most daring he gets is when he climbs through a window and looks around in someone’s house for her, thinking she may be inside being held prisoner, but since she’s not there he leaves the way he came in.

—News. DC has announced a restructuring, part of which will involve finally putting the long-suffering Vertigo imprint out of its misery.

DC will shut down Vertigo, its pioneering non-superhero comics imprint, at the end of the year, a move that has been rumored for weeks. Shuttering the imprint is part of a restructuring that will also eliminate DC’s recently launched Zoom and Ink publishing imprints, which published children's and YA comics, respectively.

All DC titles will now be published via three age-specific publishing lines: DC Kids, which will serve middle-grade readers or readers ages 8-12; DC, for ages 13 plus, which will primarily include the DC universe of characters; and DC Black Label, for readers 17 and older. The newly announced publishing lines will launch in January 2020.

An editorial cartoon is not a gag. Bob Mankoff [former cartoon editor for The New Yorker] called me a few years ago out of the blue and asked me to submit cartoons to the magazine. And I pointed out that I’d never done gag work. And he said editorial cartoons were basically gag cartoons—both have a single image and a caption. But they’re not the same thing. For me, editorial cartoons don’t have to be funny. I want them to make people think and feel, even if they end up thinking I’m an idiot and want horrible things to happen to me.

In Candorville, one of the main characters is a young writer who regularly submits his work to The New Yorker and is rejected. Did you ever submit any of your cartoons per Mankoff’s request?

I did, and one was accepted after eight or nine attempts. And it just ran, as a matter of fact. They held it for a year or so, and then finally published it. I’d been checking each issue every week to see if it had run and then basically given up. But apparently, that’s standard practice—they can hold cartoons for a long time.

The most recent guest on the RiYL podcast is Edie Fake.

—Reviews & Commentary. Paul Buhle uses the occasion of a new edition of Alan Moore & Melinda Gebbie's Lost Girls to write about the history of sex in comics.

“Tijuana Bibles,” eight-to-24-page small-sized comics, began to appear during the Depression, following the expansion and consolidation of organized crime networks. Never sold in public, they circulated mysteriously, and sexual organs were very much on display. They were first distributed in tobacco shops (which at an earlier time had offered a literal entryway to commercial prostitution). Rendered less necessary by the slippage of censorship in wartime, these “bibles” slipped downward to distribution at gas stations and off-the-truck direct sales. 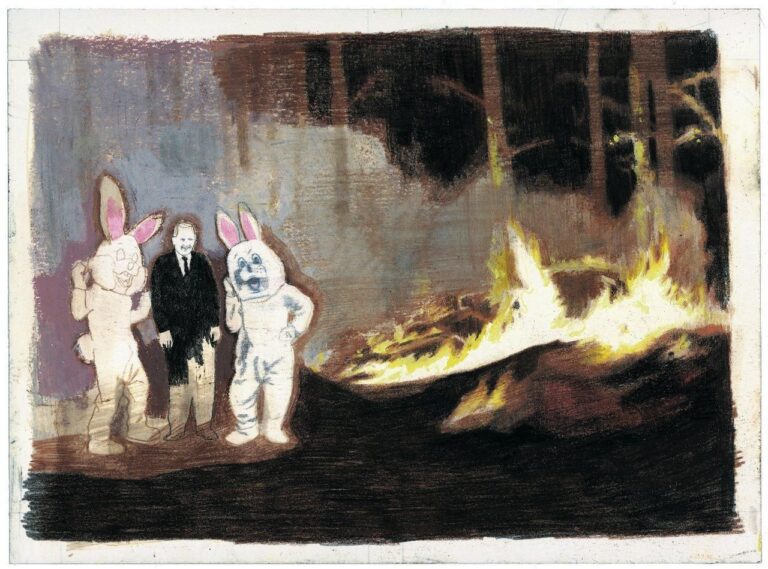 Dominique Goblet and the Architecture of Self 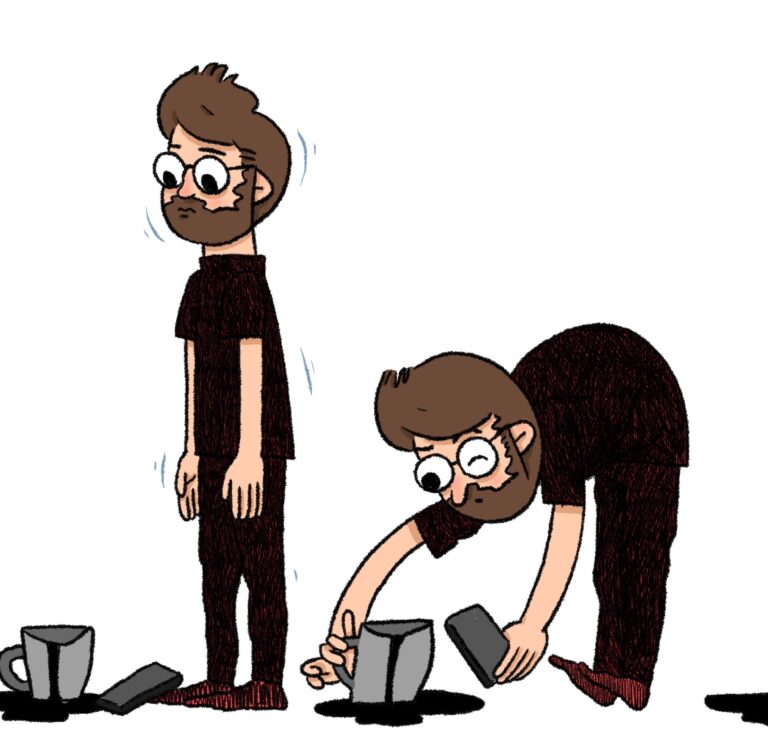