GEHR: Let's talk about your jazz career. Did you start playing trumpet in grade school?

LORENZ: I probably started playing when I was eight. I’ll tell you how I got started, and you hear this from musicians everywhere: It’s the sound that gets you. This kid in the neighborhood used to practice his trumpet in the backyard, much to the neighbors' chagrin. But I thought, "Oh God, that sounds so great!" I could play pretty well by the time we moved to Greenwich and was first-chair trumpet in high school. I’ve taken lots of lessons since then, too. As you get older, it gets hard to keep your chops up. Four years ago I studied for a year with a very good teacher in Greenwich. Today I perform twice a week because no matter how much you practice, you’ve still got to play.

GEHR: When did you discover jazz?

LORENZ: When I was in high school, but it just sort of snuck up on me. One Christmas I got Bix & Tram, an album of early Bix Beiderbecke 78s with saxophonist Frankie "Tram" Trumbauer. It puzzled me; I didn’t understand what they were doing, but I kept listening to it. Then Columbia started reissuing early Louis Armstrong Hot Fives and Hot Sevens, which were a revelation. I used to go to the Central Plaza and the Stuyvesant Casino. They had jam sessions on Friday nights. That’s how I really got hooked on jazz. I started buying records coming out on Blue Note and Commodore, and it began to make sense. Then I found some friends who were also interested in jazz, and we started playing together. This was all in a very short time span. In high school, a friend of mine was a piano player. Along with a clarinet player, the three of us would scout out local bars on weekends, and if there was a piano we would just go in and play.

LORENZ: I was amazed that people didn’t throw us out. By the time I was at Pratt, I was playing with a group of contemporaries, almost all of whom were at prep schools. I knew them through the music. They lived in the Greenwich area. We used to have jam sessions up at the Hotchkiss School. The hockey coach there was the father of Roswell Rudd.

GEHR: The great and wild trombonist.

LORENZ: Ros Rudd was the reason we hiked up there. I played with him on his seventieth birthday in 2005. He reunited the college band we had at Yale, Eli’s Chosen Six. I used to go up on weekends and play with that band when I was at Pratt. We had a great career. We made a record for Columbia and we were in the [1959] concert film Jazz on a Summer’s Day. When I started cartooning, I was living on what I was making with Eli’s Chosen Six.

GEHR: Back in the days when you could make money from both music and comics.

LORENZ: We were making $150 to $200 a man then. These days, if I get a gig that makes me $50 I feel pretty good about it. The guys I play with today all played in college jazz bands, as I did. Yale, Princeton, they all had their Dixieland bands. Eli’s Chosen Six was a very good band, and aside from the clarinet player, who died several years ago, everybody else in that band still plays.

GEHR: When did you start playing on your own?

LORENZ: I used to go to Greenwich Village and sit in wherever I could when I was at Pratt during the fifties. Nothing was going on in the Village then. Most of the time there would be a guy playing drums or piano or something. Sometimes I'd sit in at the Riviera. There was a trumpeter there named Al Bandini, and he had a piano player named Herbie Nichols, a genial guy who knew all these little Dixieland tunes.

GEHR: When did you start your own band?

LORENZ: We kept Eli’s Chosen Six going after college. An agent got us some bookings, including places like the Blue Note in Chicago. That kept going for a while, but I was married and living up in Newtown so it was hard to travel. There was still a lot of live music then, so I played with a society band at weddings and country clubs and things like that. There wasn't much jazz up there, but I could always go down to New York or play with other jazz players around here. The group I have now, the one that plays at Arthur's, grew out of another group I had earlier on that played at The Place, which was across the street from Arthur's on Seventh Avenue. I used to have a Sunday-afternoon band there. Freddie Moore, an old-timer who went back to Jelly Roll Morton, played drums and washboards and sang with us. We also had a very good tenor player named Sami Margolis. That was a nice band. Arthur’s always had a Monday-night band, which I played with occasionally, and then they wanted a Sunday-night band. That’s when I put together this band about thirty years ago.

LORENZ: It's a place to play. I also do this thing at Lincoln Center – and occasionally I get a job on Memorial Day for one hour on a flatbed truck in a parade up in Southington, Connecticut.

GEHR: Have your jazz and cartooning careers ever intersected?

LORENZ: When I got divorced the first time, we used to have jam sessions in my Manhattan loft all the time. All kinds of musicians would come, and there were a lot of New Yorker guys who weren't professional level but liked jazz. [Cartoonist] Warren Miller played trumpet, [jazz critic] Whitney Balliett played drums, and [staff writer] Paul Brodeur played clarinet. They had a little band that would get together before I came to The New Yorker. Warren was a good trumpet player; I don’t know if he still plays. Paul wasn’t a very good clarinet player. A reporter named Wally White played piano. So there was a little crossover there. William Shawn used to play piano and was very knowledgeable about jazz. We used to talk about it from time to time. He played in some little honky-tonk somewhere in Chicago.

GEHR: I like your vocals too, especially your take on [Edgar Leslie and Walter Donaldson's 1929 song] "Tain't No Sin (To Take Off Your Skin and Dance Around in Your Bones)."

LORENZ: I mostly sing novelty things like that. People like it. I learned a lesson many years ago, but it took me a while to act on it. A young couple used to come into Arthur's all the time. I sat down and chatted with them a few times. He did all the talking, and was obviously the one who liked jazz, while she just sort of sat there. So finally he asked her what she liked, and she said, "I just can’t get into music that doesn’t have words." We were having a good time playing variations on a song most people don’t even know to begin with! Yet that’s not what most people want to hear. They want to hear the words. So I try to get a couple of vocals in each set. 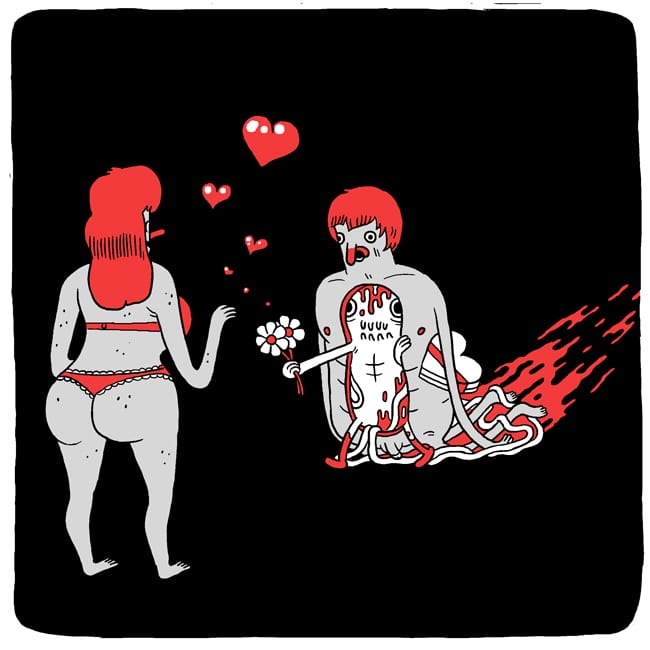 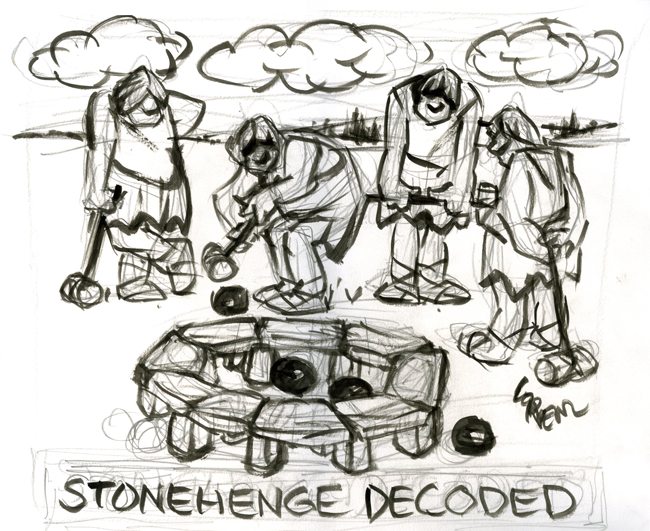