This week we're going to look at the proportions of the Mome comics anthology.

When Mome appeared, I remember liking its format immediately. It felt just right to me. At 7 x 9 inches, it's not too small and not too big. Not too thin and not too wide. The size is proportionate to 8.5 x 11 inches or a standard magazine format. Also, even though Mome is defunct, the proportion isn't. I liked that this size sort of became a new standard for a lot of cartoonists. So I think it's a size worth studying.

I collaborated with Jon Vermilyea on a Ben Jones Cold Heat script for Mome - it stretched over issues 14, 16, and 18. Before I began working on the layouts, I got an email from editor Eric Reynolds that said he preferred that the pages have a 6 x 8-inch live area. So that meant a half inch margin on all sides of the live area.

I had never drawn a comic at this scale and set about mapping the area. It's the same proportion as magazine size but feels different obviously because it's smaller - but what surprised me was the margins. The center of the spread —the center circle — lines up very nicely with the center of each page. It has a different weight than the standard thinner comic book proportion. Also, I think the Mome proportion feels like a Penguin paperback or something - it's pleasing, anyways. It's a little wider but it doesn't feel wonky like some graphic novel formats.

Anyways, I got a bit obsessive with this size because I really liked the center margin and how it related to the spread. I thought about trying out different harmonies built out from the center. I wanted to see if I could sort of "tune" my spreads with different patterns: a template of all circles for soft romantic scenes or template of pentagons for angular action scenes.

The below templates are free to steal. Try them out. I suggest first drawing your page freehand in the blank template (just margins). Then use a different template and place it over your "by eye" composition. You'll see where you were on and were you were off. Move your eyeballed elements around and see how you might use the template to find different harmonies. Also, remember since all the different templates are built from the center square, all the different templates will line up with each other. So that means you can mix and match templates within the spread. Panels can have different harmonies on the same page and spread. Check 'em out! It may seem weird but once you start layering different proportions on top of each other (I suggest a lightbox) you will see how you can play with space on the page and spread. 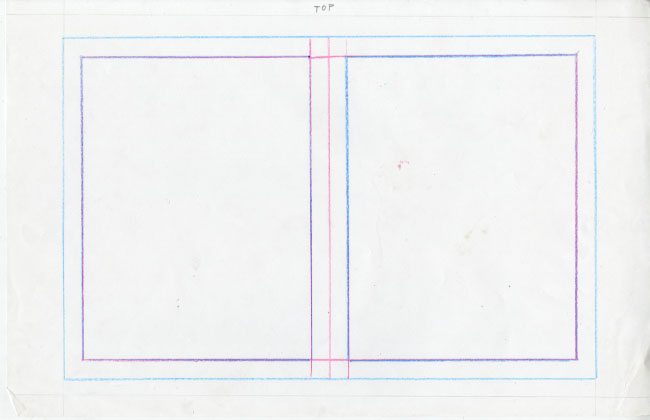 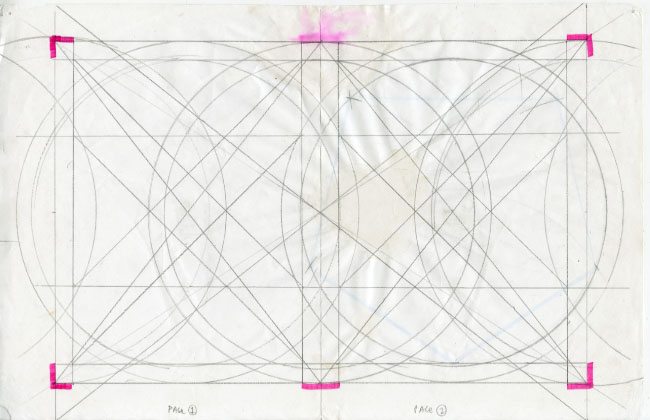 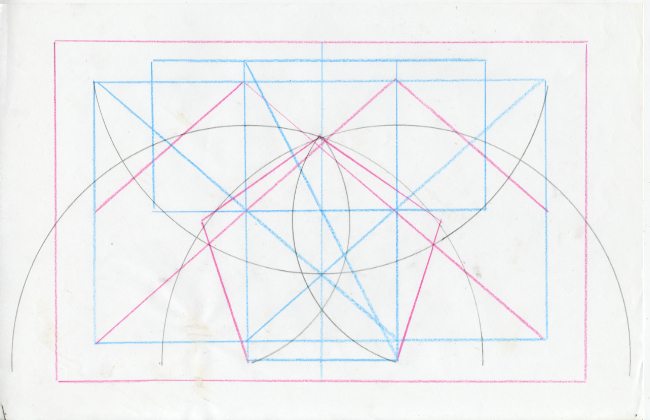 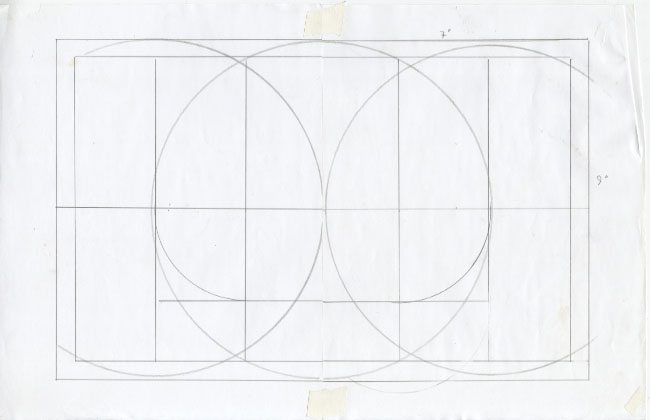 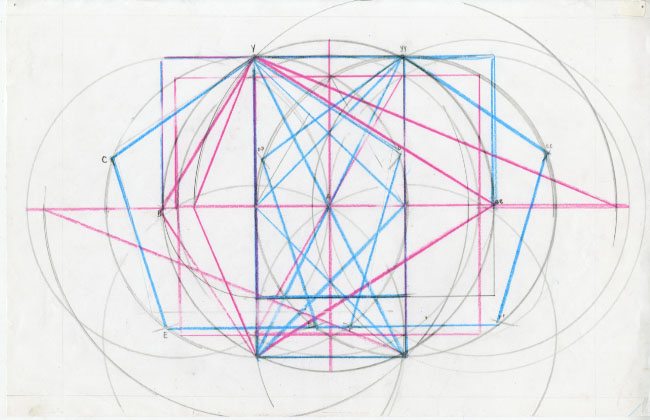 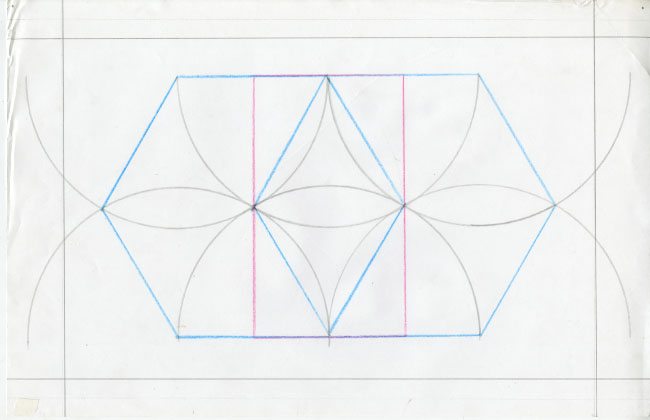 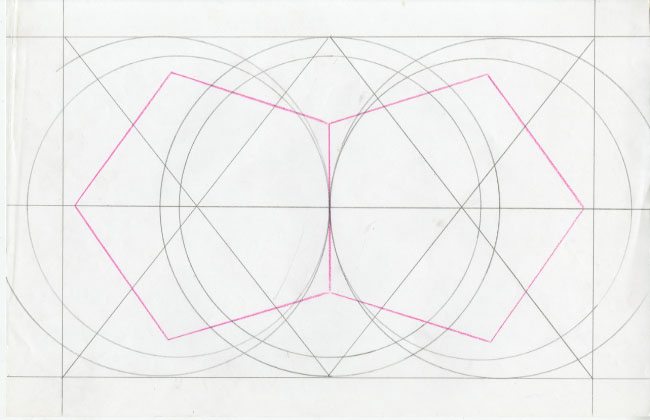 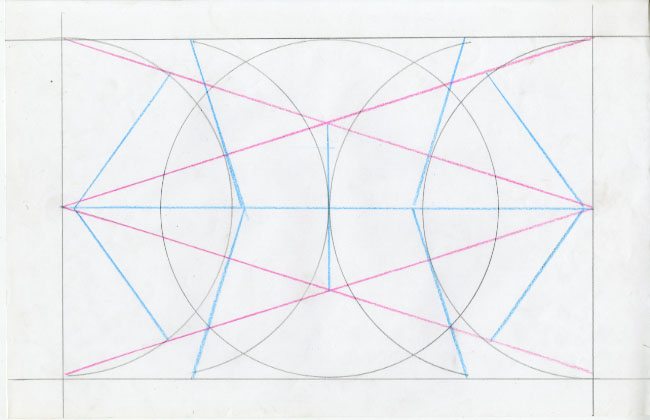 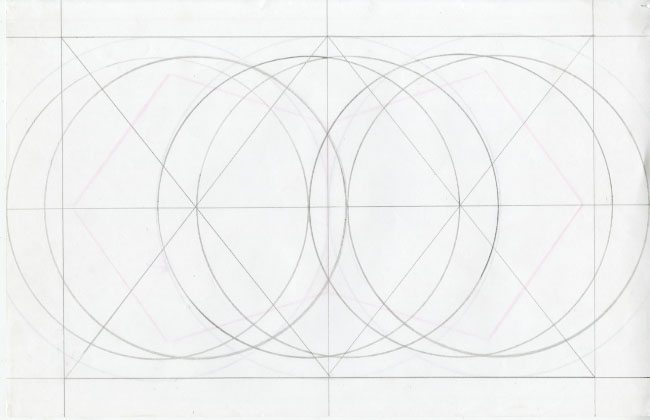 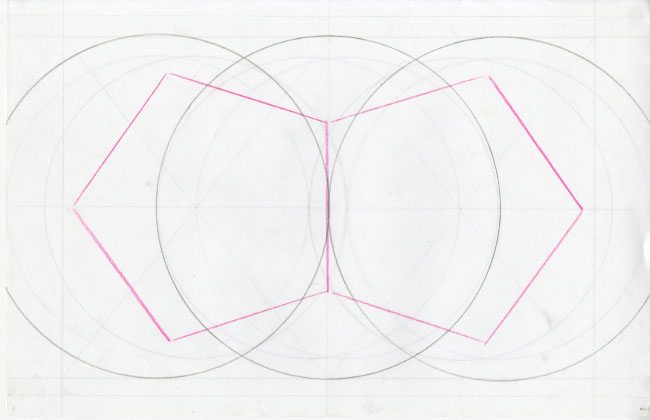 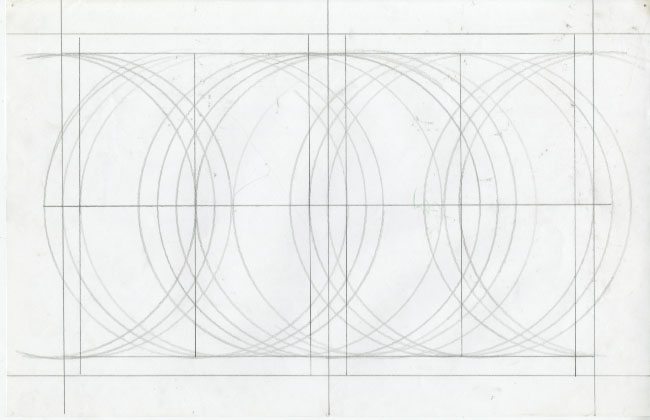 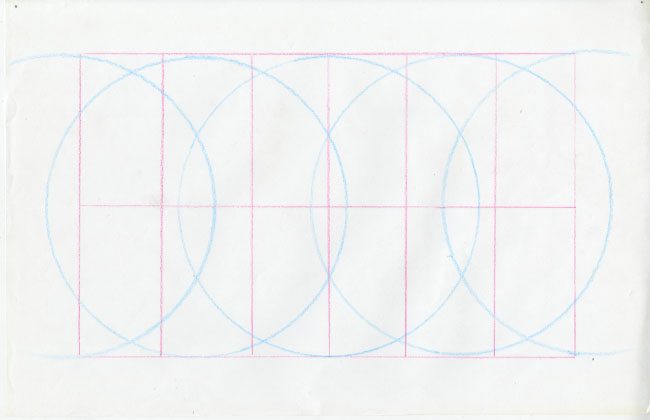 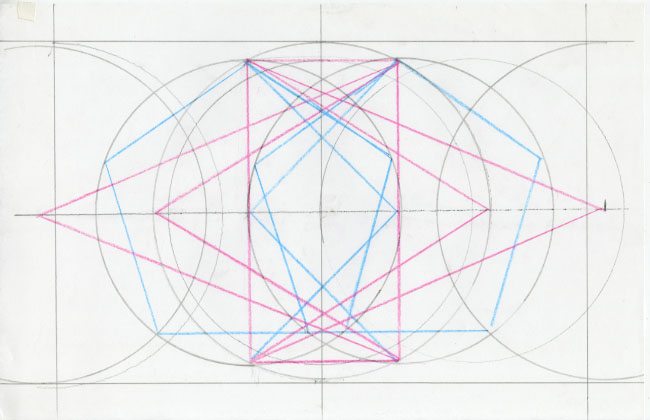 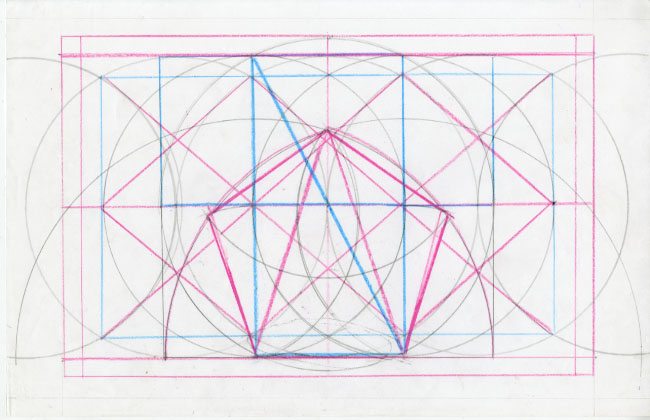 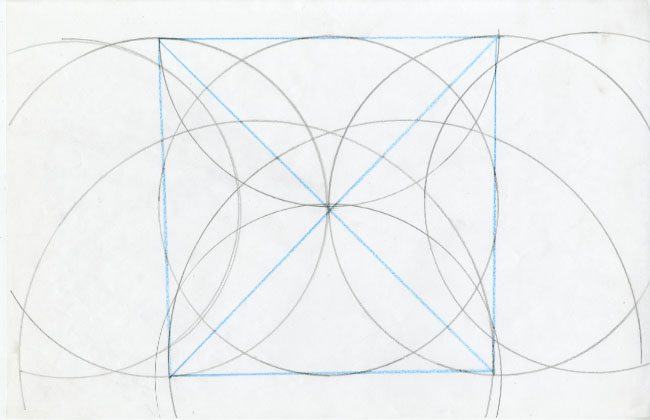 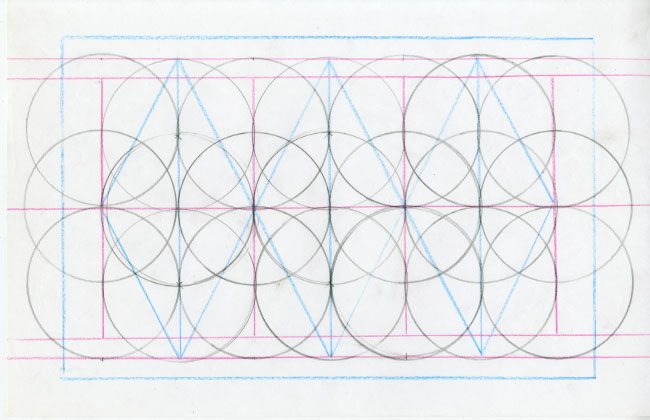 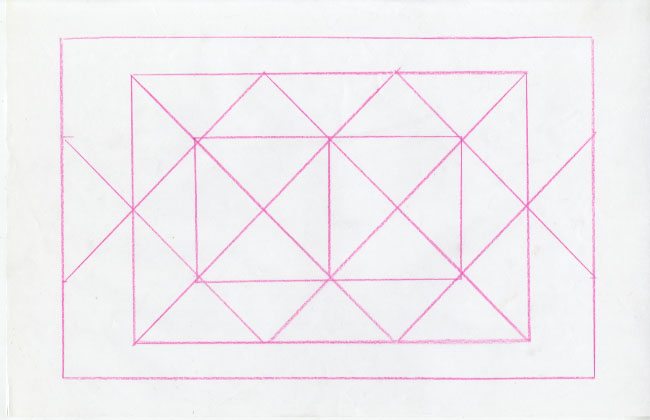 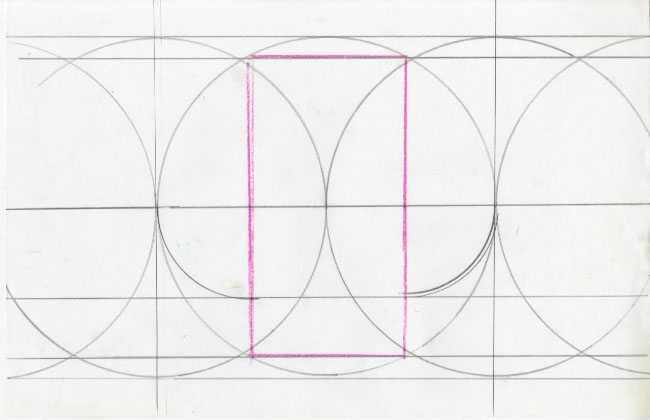 When I teach this method in classes, the most common question is, "If I place a template over my drawing and it looks off, can't I just find a different template that will make it look on?"

No. And this is because all the harmonies are based from the center outwards — you will see how they all fit together once you start playing with them. It helps to play circles off of squares — mix and match. This is how you begin to understand the concept of alternation.

"Of all the constraints on nature, the most far-reaching are imposed by space. For space itself has a structure that influences the shape of every existing thing. [...] The nothingness has an architecture that makes real demands on things. Every form, every pattern, every existing thing pays a price for it's existence by conforming to the structural dictates of space." Peter S. Stevens, Patterns in Nature 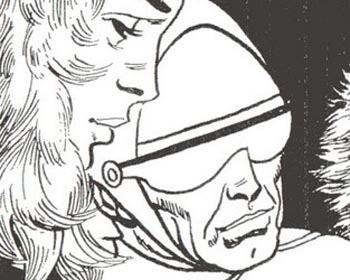 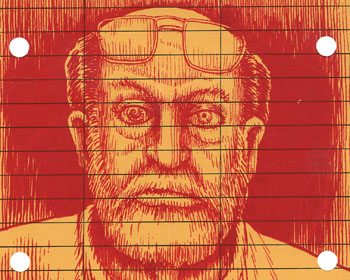