Today on the site we take a break from the hustle and bustle of new comics, new interviews and Building Stories to look at the great illustrator Ed Sorel. The equally esteemed illustrator and writer R.O. Blechman wrote this profile of his friend and colleague. I have great affection for both artists -- they brilliantly capture the times they pass through, and do so with wit and humanity. Along with Milton Glaser, Seymour Chwast, Paul Davis, James McMullan and a couple others, they're kind of the last of the illustrator-humanists that briefly ruled the roost.

The special quality of Sorel is that he captures our zeitgeist as few artists have, and fells his victims with the rapier of irony rather than the blunderbuss of satire. In his first cover for The New Yorker, which happened to be Tina Brown’s inaugural issue, Sorel pictures a barechested, pink “Mohawked rocker arrogantly draping himself on the seat of a horse” drawn carriage. Sorel even gets the rocker’s shoes right. They are pointed like daggers at the back of the hapless driver. Traveling through the gorgeous autumn scenery of Central Park, our passenger might as well be Yeats’s rough beast “slouching towards Bethlehem.”

-Less genteel but quite articulate: the latest Comic Books Are Burning in Hell.

-More on genre at The New Yorker. I would need Tim's brain to properly discuss this.

-And congrats to TCJ-contributor and pal Dash Shaw on this announcement of new comics on the way. I've seen material from both projects -- incredibly exciting stuff. 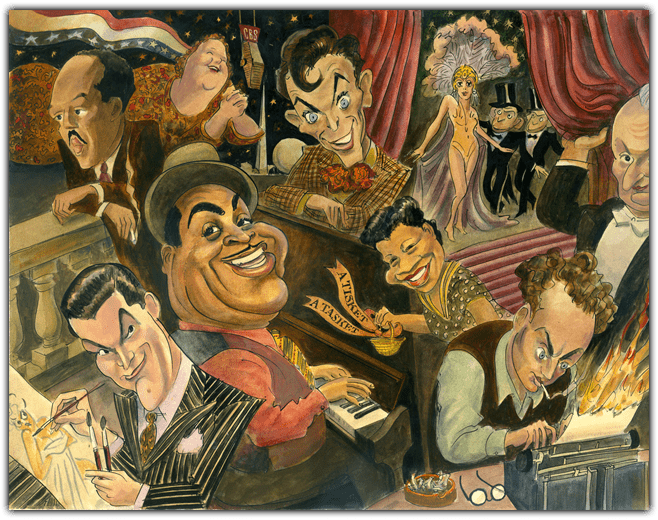