On the site: we are reprinting a 1988 panel about the viability of satire in editorial cartooning, featuring Jules Feiffer, Chuck Freund, Brad Holland, David Levine and Peter Steiner, which was originally published in TCJ #119:

PETER STEINER: [...] Satire is an outlaw genre. Given the difficult choice between being a success and doing a really lethal piece of art, we are for the most part no different from the rest of society. We’re like court jesters. Now, it seems to me that being a court jester can be an honorable profession. Court jesters can be witty, intelligent, insightful, and funny. But they can’t be satirists if they want to keep their jobs. By the same token, we can’t be the uncompromising champions of virtue from our positions of privilege. We will always be compromised by our ambitions and our fear. Cartooning that sincerely attacks the folly of our age must come from elsewhere. [Applause] Would anyone like to respond?

DAVID LEVINE: When I talk to a group this large, my tendency is to revert to my old flaming liberal form and start out by saying “Comrades!” Something was said yesterday — I didn’t go to it, so I didn’t get the exact quotation, but it was said to you by your leader. Ronnie said, “You keep us here in Washington from taking ourselves seriously.” He thanked you for that. And I think the fact that you were all there, and were talked down to that way is essentially the problem: that you are keeping everybody from getting serious about it rather than fighting for a position on the editorial page, which is equal to the columnists and is not questioned by the editor. Until you reach that status, you’re really just the wagging of the tail by the editor. [Applause]

JULES FEIFFER: I’d like to second what David said. When cartoonists, editorial and otherwise, are not berating their status as second class citizens of the arts, they go around demonstrating why they continue to be and why they should be. It’s one thing to go as a group of adversarial artists to the White House to scope out the land, but to, as number of you did last time when you went to lunch at the White House, or as even more of you did yesterday when you were a part of the president’s act, and help take the heat off him. [See sidebar.] I think you’re doing yourselves and any seriousness you can be taken with, a grave offense. I see no point to it. The fact that you not only go, but that you’re glad to go, and you’re glad to have the invitation, and you’re thrilled by it, and you chuckle about it, shows to me a real problem with image and real problem with your sense of your own craft, and it embarrasses me, and I think it should embarrass you. [Applause]

Sad news that Brett Ewins has passed away. The 2000 AD and Johnny Nemo artist was hugely influential in British comics and, more recently, in the US due to renewed interest in his dynamic drawing mode and design chops.

I don't think I've seen this production art for a David Mazzucchelli cover before.

This Wally Wood art I could look at for a long time.

And I leave you with this short video by CF. Long live good art. 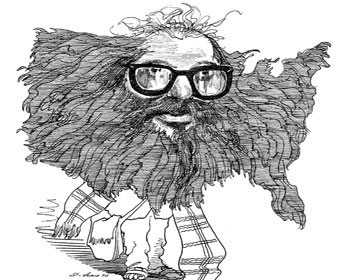 The Problem with Editorial Cartooning Today 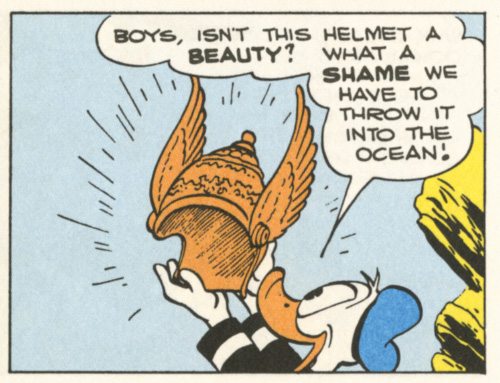 One Helmet to Rule Them All: The Golden Helmet