I've gone to live in the country. To "woodshed", as Frank might say. Well, it's just upstate New York through Labor Day, but still... life outdoors, free of cares... except for comics, of course. There's always comics.

So, today we have a ginormous interview with Brandon Graham, late of King City not to mention a TCJ Cartoonist's Diary alumnus.

And Brian Ralph's fourth installment of his journey into the heart of cardboard boxes.

And elsewhere, in the mode of relaxation:

-I second Tom Spurgeon's recommendation of Bill Mauldin's Willie and Joe Back Home. I was amazed by how brutally frank the comics are, and how affecting. I actually prefer it to his WWII work -- it's even more impassioned, and the cartooning loosens enough to show off a really expressive, cutting line.

-The Mindscape of Alan Moore, a feature-length documentary on the writer, is now available for online viewing.

-Mickey Spillane wrote quite a few comic books before focusing only on prose. Here's Sergeant Spook, from 1942. 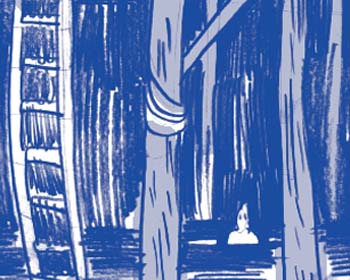 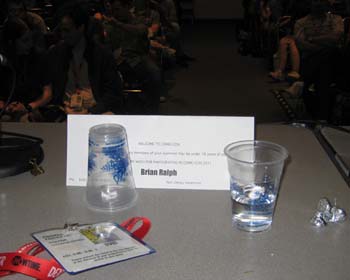