R. Fiore's Funnybook Roulette returns, with a classic-style roundup of reviews of recent-ish comics by Winshluss, Jean-Claude Carrierre, Pascal Girard, Jason Shiga, and Jeffrey Brown, among others. A sample:

No fair observer would deny that it takes more than one book to fully explore the absurdity of the Transformers concept.

We also bring you Katie Haegele's review of It Is Almost That, an anthology of text-driven artworks (& art-driven texts) created by female artists. It begins:

It Is Almost That is not an anthology of comics. In fact, most of the work in the collection has no narrative in any traditional sense. But the 26 works collected here all use words and visual art and combine them, in some way, to tell a story. As editor Lisa Pearson writes in her afterword, “…texts do not always appear on pristine white fields; images are not illustrative and language does not explain; stories do not unfold in predictable ways—and yet every page is meant to be read.” 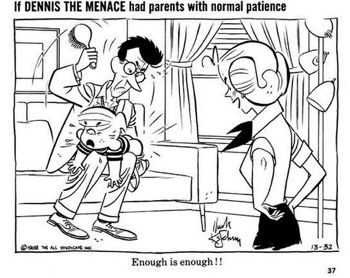 Finally, Darryl Ayo voices a frequently heard complaint about the unsatisfactory nature of many comics when read as individual issues. It's difficult not to sympathize.

Two things come to mind in reaction to this. 1: DC recently (sort of) announced that they were going to start addressing the issue, by no longer padding out stories with filler to bring them up to collection-length. We'll see if that actually happens. Padding may be a hard habit to break.

And 2: In an interview conducted by Matt Zoller Seitz, David Simon (co-creator of The Wire and Treme) responds to similar complaints about the perceived unsatisfactoriness of Treme episodes, and how that show's writing staff writes with the eventual DVD set in mind, not weekly viewers:

The measure that I care about is not the episodic. I just don't care about evaluating these things by episodes. It's like I'm building a house, and you're telling me, "I really like the stairwell, but I don't like the balustrade." Well, great, thanks, y'know? What do you think of the house? When you get to the end [of a season], did it feel like she got where she was supposed to go, and that she really experienced these eight months as an ordinary human being would? That's the real challenge, because film is a shorthand for everything.

[...] I don't care about the thrills you get in every episode. I want it to be resonant at the end, in a cumulative way. Eric feels the same way. We feel we're writing a singular, elemental thing.

[We're] writing the show for people who have a complete season DVD set in front of them, or who are watching the show via HBO On Demand, or who can otherwise absorb it all as a piece, and watch [the episodes] all in a row.

That being said, every Treme episode I've seen contains an enormous amount of narrative detail in comparison to your average issue of Flashpoint, so keep in mind that by bringing these two together, I'm comparing apples to ham sandwiches. 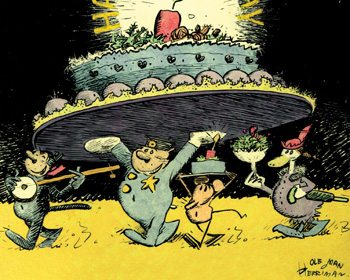 Art Comics and No Fooling 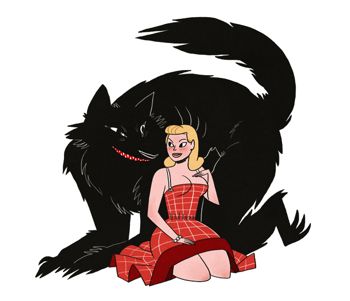