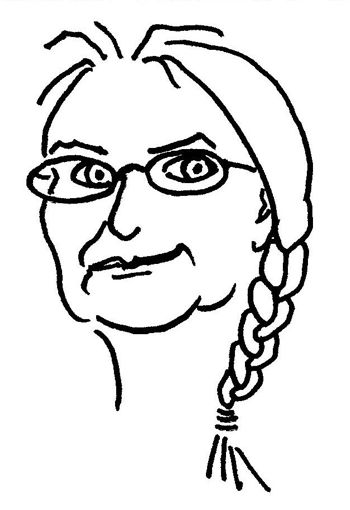 Today is a pen and ink day, doing a piece of work for hire.

Does anyone out there still use a dip pen and ink? NOT Magic Markers which turn purple and fade in the sunlight, but real ink like India ink? FW Acrylic Artist's Ink is a little thicker than India ink; it has a glossy finish when it's dry. It's a marvelous ink, I've been using it for 30 years or more. It never succumbs to erasure unless you use sandpaper. I thin it by about 10% with distilled water, otherwise it lumps up too fast on the nib. One time I even washed off a badly done water color from the paper, and the acetate ink held on so well I could re-do the color afterward. FW Acrylic also works well with Rapidograph and other refillable fountain pens, though it shouldn't be left in them for a long time. I wouldn't use it in a Mont Blanc, though it would probably work just fine.

Then there is the pen. You can use any dip pen nib holder you want, but they are getting hard to find. I have a lot of the old Speedball holders, they work with any nib, but they are light weight and often don't hold the nib firmly enough. I found an aluminum holder, it works pretty much like an X-Acto knife holder, you screw down the tube to tighten the nib. I bought the last two in existence from some company in Utah, one of them worked, the other wouldn't screw, the threads were already stripped when it was delivered. So I've used this one pen holder for the last ten years or so. It is heavy and steady in the hand, you don't have to stress your tiny hand muscles to grip it tightly. It won't roll away when you relax your grip a bit.

Crow quill pens are in a class by themselves, the nibs are round and the penholders are short and cut to accommodate the round nib. Anyone who masters crow quill is a genius and I give him or her my utter respect.

Paper: For my work with endless pencil editing and erasures, I like Strathmore 2-ply Bristol paper. Less expensive if you buy it in bulk, large sheets, and quarter them with a paper cutter. I work 50% up which allows you to get detail without losing control of the drawing and especially the lettering.

This is becoming less of a diary than an art lesson.

Now for the nibs: Long ago, Larry Todd praised the Hunt Imperial 101 nibs, and I used them for years for regular artwork, not the lettering. But then I changed to Hunt's 99. My friend Karen's father died, she got a bunch of old nibs from him and gave many of them to me. Some of them were silver-plated steel nibs by a brand called Corporation. Wow! Smooth, long-lasting, the 109 is perfect for regular drawing, almost all of Special Exits was done With a Corporation 109, I have one left after all that cross-hatching. Even the internet doesn't mention this brand, it's probably been out of business for decades. I didn't see this point on antique pen nib sites either.

Lettering and calligraphy dip nibs are an entirely different ball game than drawing nibs. You need either a wedge-shape nib or a round or oval, something that will be held at a single angle and make a graceful line. Speedball has lots of these nibs, all for different purposes. The queen of the lettering/writing pens is the glass pen, they were popular in the 18th c. and made a recent comeback. Most of them are expensive and overly pretty and not well-balanced, they don't hold much ink, they don't give a good line. But there are exceptions. I had a cheap one, about $13. that had a spiral nib ending in a tiny ball that made a very clean, even line. They are fragile, I knew this, and carefully packed away this awesome pen every night in its case. One day, about half-way through lettering Special Exits, it snapped, the tip broke off, end of pen. It turns out that not only is the glass fragile, it is also relatively soft, so that its life span is short no matter how well you take care of it. I now use a Speedball B-6 for most of my lettering, it's serviceable and I try to keep from daydreaming about perfect dip pen nibs.

However: One fine day last January, we happened to be at the Getty Museum to see an exhibit of French books 1250-1500 AD, exquisitely illustrated and lettered. In the gift shop was a dip pen and nib for any dreamer with hubris enough to try to emulate the calligraphy in the old books. It looked good, the holder was out of hardwood and brass, delicate but sturdy. Good balance. I bought it for the holder. Upon trying it out at home, the nib was even better, a tiny, precise wedge shape perfect for doing 3/16th inch letters. It appears to be steel, it's imprinted "505 EF PRESBITERO MILANO." Uncial awaits.

Last but far from least: Relative Humidity. If the humidity is under 40%, as it often is here in the Southwest, don't frustrate yourself by attempting to use a dip pen. The ink lumps up, causing constant cleaning of the pen. Adding more water thins the ink too much. Where I live, the humidity stays too low for several months at a time, usually October-December. I seal off my studio with a plastic shower curtain (there's no door) and run a cheap hot pot from the local kitchen store until my humidity gauge reaches at least 45%. The best humidity is 60% and up, 80% is perfect. The humidity is currently 52%. You can sometimes find gauges at garden stores or on the internet.

Time to put nether end to chair and do some real work. 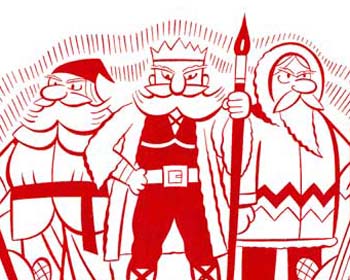 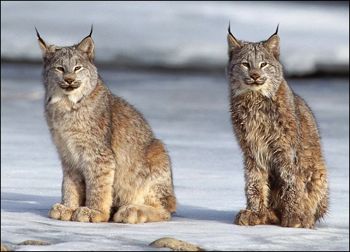