John Goldwater was born February 14, 1916, in New York, New York, son of Daniel Goldwater and Edna Bogart Goldwater. About that, no dispute. His arrival, however, was (according to Goldwater) accompanied by melodrama enough to be a credit to an aspiring tragedian. According to various sources (for which Goldwater supplied the information), his mother died during childbirth, and the father, overcome by grief, abandoned the child and died soon afterward. Growing up in a foster home, Goldwater attended the High School of Commerce where he developed secretarial skills and some facility as a writer. At seventeen, he hitch-hiked across country, stopping first at Hiawatha, Kansas, where he found a reporting job on the local newspaper. In later years, Goldwater said he was fired because he got into a scrap over a girl with the son of the paper’s biggest advertiser. According to Goldwater, girl trouble was prominent in his young working life. Everywhere he went, his life was as complicated as that of Archie Andrews—and all because of girls.

Moving to Kansas City, Missouri, he found a job as secretary to the Administrator of Grand Canyon National Park. At the Park in Arizona, he violated a rule barring males from the female employee housing facility and was fired. Leaving for San Francisco, California, he went to work for the Missouri-Pacific Railroad, losing his job again because of his interest in a girl—this time, the secretary of his boss (she was, alas, also the object of the boss’s interest). Remaining in San Francisco, Goldwater worked at a variety of jobs and squired two girls around town, a blonde and a brunette. After about a year, he returned to New York via the Panama Canal, en route becoming involved (again) with two girls in a shipboard romance that went nowhere else.

Back in New York, he worked for various publishers and then became an entrepreneur, buying unsold periodicals, mainly pulp magazines, from publisher Louis H. Silberkleit and exporting them for sale abroad. Observing the success of the Superman character in the infant comic book industry in 1939, he joined with Silberkleit and Maurice Coyne to launch a comic book publishing firm with himself as editor (while continuing as president of Periodicals for Export, Inc.), Silberkleit as publisher, and Coyne as bookkeeper.

MLJ Comics (named with the first-name initials of the partners) produced its first comic book, Blue Ribbon Comics, with a cover date of November 1939. Top-Notch Comics followed in December, then Pep Comics in January 1940, and Zip Comics in February. These titles featured a cast of heroic characters similar to those in other comic books of the period—The Shield (the first patriotic comic book superhero), The Black Hood, Steel Sterling, Mr. Justice, The Comet, The Rocket, Captain Valor, Kardak the Mystic Magician, Swift of the Secret Service, and so on. None of the MLJ costumed crime fighters achieved the success enjoyed by rival publishers with Superman, Batman, Captain Marvel, and Captain America. And then in late 1941, MLJ published the first story about the character who would make the company’s fortune. Archie Andrews, the irrepressible freckle-faced carrot-topped teenager, debuted in the back pages of Pep Comics with issue No. 22, and, almost simultaneously, in Jackpot Comics No. 4, both titles dated December 1941.

Drawn by Bob Montana, Archie quickly became the most popular character in the MLJ line-up and would eventually become the archetypal American teenager. Within a year, he was starring in his own comic book title, and on May 31, 1943, the radio program, “The Adventures of Archie Andrews,” began (to continue, on different networks, until September 1953). A newspaper comic strip version, produced by Montana, started February 4, 1946 and ran through the rest of the century and into the next. Also in 1946, the comic book company officially became Archie Comics Publications. Archie subsequently appeared in a television animated cartoon series (1969-77) and in two live-action television movies. For a brief time in the 1970s, the character lent his name to a chain of restaurants.

In the early 1950s, as the nation experienced an increase in juvenile crime, an assortment of critics, psychiatric and literary and political, charged that comic book stories bred youthful miscreants. Alarmed because the critics appeared to enlist greater and greater public support (particularly in governmental bodies with the power to enact controlling legislation), comic book publishers formed in 1954 an association to censor their product, cleansing it of objectionable content. The Comics Magazine Association of America was incorporated in September 1954 with Goldwater as President. “I was its prime founder,” Goldwater said. “Its purpose was to adopt a code of ethics to eliminate editorial and advertising material which was inimical to the best interests of the comic book industry as well as its readers. I ... succeeded in cooperation with industry leaders to quell the uproar and eliminate legislation which it is said could have put the comics industry in dire straits if not out of business altogether” (quoted in Mary Smith’s The Best of Betty and Veronica Summer Fun).

The CMAA’s chief function was to review in advance of publication every page of every comic book produced by its member publishers to assure that all comic books obeyed the Comics Code. Goldwater was one of the principal authors of the Code, which consisted of forty-one prohibitions concerning the portrayal of crime, violence, religion, sex, horror, nudity, and the like in both editorial and advertising pages. (“No unique or unusual methods of concealing weapons shall be shown”; “Profanity, obscenity, smut, vulgarity, or words or symbols which have acquired undesirable meanings are forbidden.”) Writing of the creation and history of the CMAA later in his book, Americana in Four Colors (1964), Goldwater said: “Taken together, these provisions constitute the most severe set of principles for any communications media in use today, restricting the use of many types of material permitted by the motion picture code and the codes for the television and radio industries.”

The day-to-day enforcement of the Code was performed by the Comics Code Authority, a panel of reviewers that operated under the direction of a full-time paid administrator. Comic books that passed the review carried the CMAA Seal of Approval on their covers. The Comics Code soon drove out of the industry several comic book publishers whose product could not pass the review and still retain its essential appeal. (The most celebrated of these was EC Comics, which had inaugurated an industry-wide trend of horror comic books. Bill Gaines, EC’s publisher, more than once rather strenuously suggested that it was to put EC Comics out of business, more than any other motive, that inspired Goldwater, who was, if we are to judge from Gaines’ alleged remark, every bit the prime mover that he claimed he was.)

Goldwater served as CMAA president for twenty-five years until he voluntarily relinquished the office, whereupon the board of directors created the position of Chairman of the Board, in which capacity Goldwater served for several years.

Goldwater married twice, the second time to Gloria Freidrun, with whom he had two children. (His son from his first marriage, Richard, became, for a time, an executive in Archie Comics; a son from his second, Jon, is at present co-CEO of the company and largely responsible for the rejuvenation of the line.) In addition to his involvement in the comic book industry, Goldwater was national commissioner of the Anti-Defamation League of B’nai B’rith, president of the New York Society for the Deaf, and Past Master of the Masonic Fraternity. In 1971, Archie Comics went public, but Goldwater’s son bought the company back in 1983 and installed his father as Honorary Chairman, a role he filled until he died of a heart attack at his home in Manhattan, February 26, 1999. 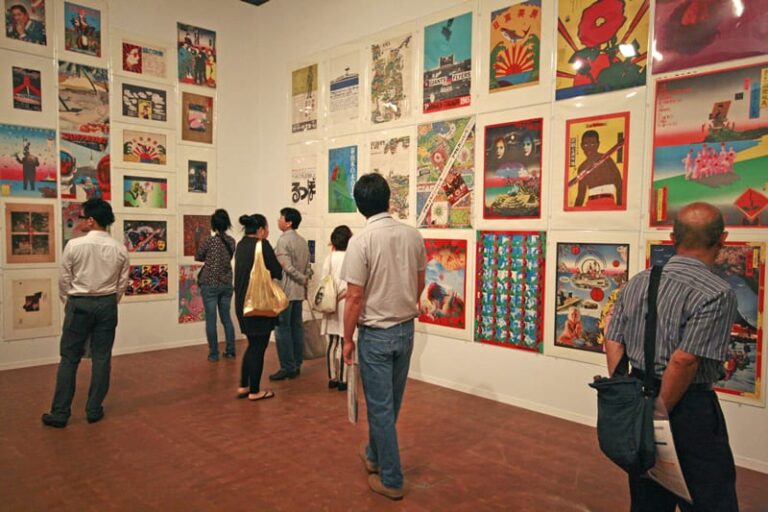 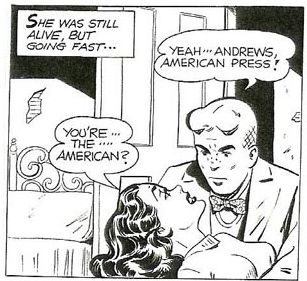