Joe Sinnott, whose inking was synonymous with the look of classic 1960s era Marvel, passed away at the age of 93 on June 25th, 2020.If he had done nothing in comics other than ink Jack Kirby’s Fantastic Four pencils over more than half of Kirby’s run on the book (from #44 through Kirby’s departure with FF #102), he would be a legend. Sinnott stated numerous times that his favorite character to draw was the Thing from the Fantastic Four. In fact, Sinnott stayed on the Fantastic Four title long after the departures of both Stan Lee and Jack Kirby. Among the pencillers he inked on FF were such Marvel stalwarts as Rich Buckler, John Romita, John Buscema, and even John Byrne for a few issues. Sinnott’s slick inking style helped maintain a stylistic continuity on the book no matter who was penciling it. Sinnott was a consummate professional, telling Michael Brown in a 2017 interview for comicbook.com, “I have always tried to improve anyone’s work, no matter who and I’ve always been extremely conscientious in all my work … I don’t think I ever turned in an inferior job. I have always made it a point to do my best no matter who I was working with.”

Ironically, he went on to work on more issues of FF than either Lee or Kirby, who had originated the comic together back in 1961. Of his time working with Kirby, Sinnott later observed, “Kirby was the easiest to ink, and he certainly gave the FF their look …,” adding, “However, John Buscema did some nice stuff that I really enjoyed working on.”

Even after Kirby’s departure, Sinnott contributed to so many classic comic books and characters that he became Marvel’s go-to inker, adding to his already legendary reputation. In addition to his justly celebrated collaborations with Jack Kirby, Sinnott went on to ink every major Marvel title, with highly regarded work on Thor, Silver Surfer, The Avengers, The Hulk, Captain America, Nick Fury and The Defenders.

Sinnott’s many years of working for Marvel (he began working for the company in 1950 when it was still known as Atlas), and especially his work with Kirby, cast such a long shadow on his career that it would be easy to forget his long and successful parallel career as a penciller and inker for companies such as St. John, Dell, American Comics Group (ACG), Classics Illustrated, Charlton and the Catholic Church-sanctioned Treasure Chest.

Joe Sinnott was born Oct. 16, 1926 in Saugerties, New York, one of seven children born to Edward and Catherine McGraw Sinnott. His family home was a boarding house, most of whose occupants were schoolteachers. They were a formative influence on young Sinnott, because they encouraged his natural drawing talent. As a child, his primary art influences were Milton Caniff’s Terry and the Pirates and comic-book characters like Batman, Hawkman, Zatara the Magician and jungle adventurer Congo Bill.

When his older brother Jack was killed in action serving with the Army’s Third Division in Europe in 1944, his mother prevailed on young Joe not to join the Army when he was drafted, so he opted for Navy service instead, enlisting in the fall of ’44. He was shipped off to Okinawa, where he served in the Seabees driving an ammo truck. He was released from military service in 1946 and went on to work in his father’s cement plant for three years. In 1949, he enrolled, as did many aspiring cartoonists of the post-WWII era, in the Cartoonists and Illustrators School (later, The School of Visual Arts). As a veteran, his tuition was paid for by the GI Bill.

He broke into professional cartooning with Trudi, a five-page backup strip that ran in the St. John Publications comic Mopsy #12 (September 1950). Later that same year, while on vacation from school, Sinnott married Betty Kirlauski. They were married for 56 years, until her death in 2006.

Tom Gill, one of the instructors at the Cartoonists and Illustrators school, recognizing Sinnott’s obvious talent, invited him to work as his assistant on the freelance comic-book pages he was drawing. Along with C&I classmate Norman Steinberg, Sinnott spent almost a year drawing backgrounds and minor details on the Western comics Gill was producing for Dell. Even while he was still in school, Sinnott took the Long Island Railroad and spent weekends as Gill’s assistant. Gill later took on the Red Warrior comic and Kent Blake of the Secret Service for Atlas Comics. Graduating from doing backgrounds and other details, Sinnott eventually started drawing everything on the page except for the characters’ heads, which Gill reserved for himself to maintain a continuity of style. Of his mentor, Sinnott said in a 1992 Marvel Age interview, “I can never have enough good to say about Tom Gill. He gave me my start.” 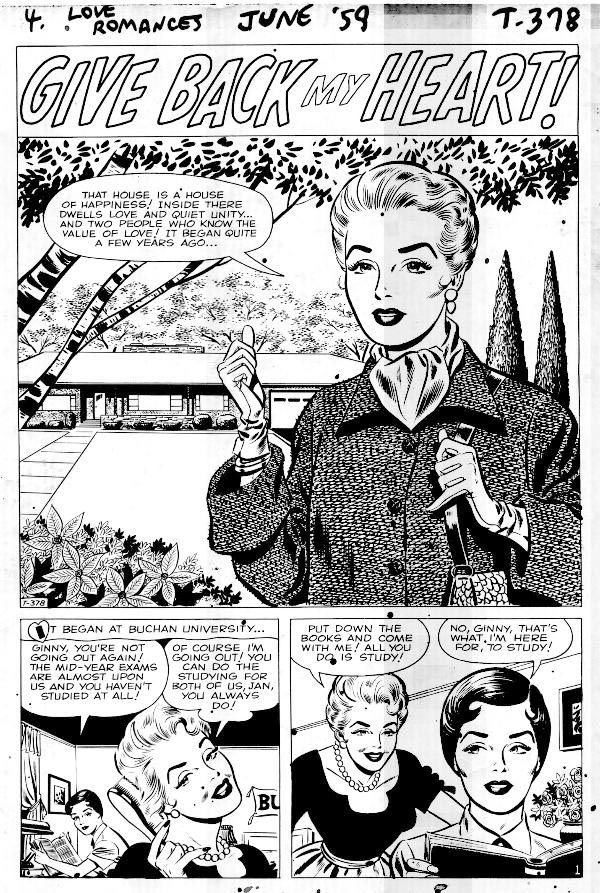 After working as a ghost on Atlas pages for almost a year, Sinnott approached editor Stan Lee directly in 1951. As he recalled in an interview from Brush Strokes with Greatness: The Life & Art of Joe Sinnott (2007), “[I thought] Stan can’t turn me down because he’s accepting all the work we bring in.’ So I went over to see Stan and he gave me a script right away.” His first solo assignments for Atlas were more of the same kind of work he had been doing, a four-page Western, and two-page filler for Kent Blake of the Secret Service. He continued working for Atlas for the rest of the decade, cranking out war, science-fiction, horror, Western and romance stories for a dizzying number of titles, including Journey Into Mystery, Strange Tales, Marvel Tales, Uncanny Tales, Man Comics, Battle, Battle Action, Battlefield, Navy Combat, Frontier Western, Two Gun Western, Arrowhead (a title with a rare Native American protagonist), Secret Story Romances, even religious comics like Bible Tales for Young Folk.

During this period, Sinnott fell into a routine of visiting the Atlas offices in the Empire State Building, where he’d wait for his appointment with Lee, usually in the company of such Atlas regulars as Bob Powell, Gene Colan and Syd Shores. He generally met with Lee for about 15 minutes, during which meeting Lee would hand him a script, though he never knew, from week to week, whether it would be a war, Western, or science-fiction story. 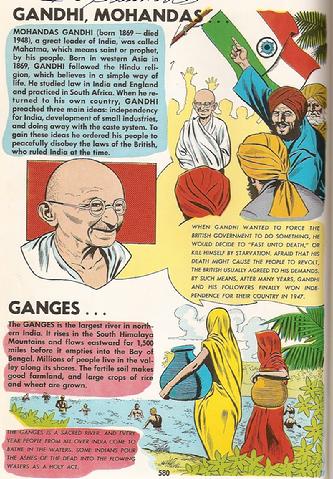 After finishing school at C&I, Sinnott returned to Saugerties, where he’d spend the rest of his life. He worked steadily for Atlas until a brief economic downturn in 1957 forced Lee to temporarily stop using freelancers until Atlas had used up all of its existing inventory. While on a six-month hiatus from Atlas, Sinnott turned his talents to other forms of commercial art, including billboard designs, record-cover art, ghosting for some of the DC Comics artists, even a job for the venerable Classics Illustrated line. One of his most interesting assignments during this period was contributing illustrations to the Harwyn Picture Encyclopedia, which was art-directed by EC Comics veteran Jack Kamen and also featured Marvel colleagues like Syd Shores and Bob Powell, as well as EC artists like Al Williamson, Angelo Torres, Wallace Wood, Reed Crandall, Will Elder and George Evans. He also began his association with Treasure Chest, a comic produced by the Catholic Church for distribution in Catholic schools from 1946 through 1972. Treasure Chest also employed EC artists Reed Crandall, Graham Ingels and Joe Orlando, as well as DC artists like Murphy Anderson and Jim Mooney. Because of its vast size and comprehensive nature, Sinnott wound up doing illustrations for multiple volumes on a variety of topics, including, the French and Indian Wars, the gallbladder, hygiene, the life of Jesus Christ and many others. Another project from this period was working with a Treasure Chest colleague named Bob Wischmeyer, to pitch an ultimately unsuccessful newspaper strip about a college athlete called Johnny Hawk, All American.

Upon returning to Marvel, Sinnott worked on some of the pre-superhero monster and mystery books like Strange Tales, Tales to Astonish, Tales of Suspense and World of Fantasy. He also began working as a penciller and inker with Vince Colletta at Charlton, mostly doing romance comics with titles like First Kiss, Just Married, Romantic Secrets, Sweethearts and Teenage Love, work that he continued until 1963.

By 1960, Sinnott began working with Jack Kirby, who had just come from working at DC Comics, where he had created Challengers of the Unknown, a series widely seen as Kirby’s precursor to Fantastic Four. His initial effort at inking Kirby was a war story, “Doom Under the Deep” (Battle #69, April 1960). From there, Sinnott inked a Kirby supernatural job in Journey into Mystery #58 (“They Called Me a Witch,” May 1960) and then the oft-reprinted monster classic, “I Was Trapped by Titano the Monster That Time Forgot” in Tales to Astonish #10 (July 1960). Sinnott was paired with Kirby on one final monster story in the pre-superhero era, “I Was a Decoy for Pildorr: The Plunderer from Outer Space” in Strange Tales #94 (March 1962). By this time, Lee and Kirby had already begun Fantastic Four (November 1961), so Sinnott’s first inking job on FF was for issue #5, which introduced a character who would become the FF’s arch-nemesis: Dr. Doom. Stan Lee was so pleased with the result that he commissioned Sinnott to ink issue #6 as well. Sinnott inked the first two pages, but then had to pass the assignment on because of a prior commitment to Treasure Chest, a 65-page story chronicling the life of Pope John the XXIII.

Sinnott inked a key Kirby story at Marvel, the first appearance of Thor, God of Thunder, in Journey into Mystery #83 (August 1962), and then inked Kirby’s cover for issue #84. When he finally finished his lengthy Treasure Chest assignment, Sinnott pencilled and inked Thor stories in JiM #s 91-92 and 94-96 (April-September 1963). However, Sinnott was still not working exclusively for Marvel. The majority of his time was still spent inking romance jobs for Charlton, punctuated by irregular assignments for ACG, Treasure Chest and Dell. At Dell, he either pencilled or did the complete art for an assortment of movie and TV comics, including pencilling an entire one-shot profiling The Beatles (November 1964). He finally returned to Marvel, inking the cover and interior pages for X-Men #13 (September 1965). However, this was just a warmup for what would become his signature inking assignment, Fantastic Four #44 (November 1965), an issue that saw the introduction of the Inhumans.

Sinnott stayed on the title far beyond Jack Kirby’s departure with issue #102 (September 1970), and inked earlier issues that inaugurated a string of legendary characters in the pages of FF, including Galactus, the Silver Surfer, the Black Panther, Adam Warlock and many others. The Kirby-Sinnott team was a match made in comic-book heaven, with Sinnott’s smooth professional inks lending weight and visual power to Kirby’s increasingly sophisticated pencil art. The Kirby-Sinnott run on Fantastic Four is widely regarded as one of the greatest artistic pairings in comic-book history. Sinnott also inked Kirby on some Captain America stories and the Inhumans strip that ran as a backup in Thor. Among the other notable assignments Sinnott took on during the late ’60s: inking an issue of Captain America and an issue of Nick Fury, Agent of S.H.I.E.L.D. over Jim Steranko’s innovative pencil art, and inking the first three issues of John Buscema’s art in the double-length Silver Surfer title. Buscema didn’t like what Sinnott was doing with his inks, fearing that the inking was overpowering his pencils, and he prevailed upon Stan Lee to replace Sinnott with his brother Sal Buscema. This was a rare rejection for Sinnott, since throughout his career at Marvel, pencillers clamored to have him ink their work.

Sinnott continued inking Fantastic Four almost continuously until his retirement from regular comics in 1992 and focus on inking the Spider-Man newspaper strip. In addition to this long-running assignment, Sinnott took on occasional commissions, including recreations of famous covers. His final contribution to a regular Marvel comic was inking a John Romita Captain America variant cover in 2011. 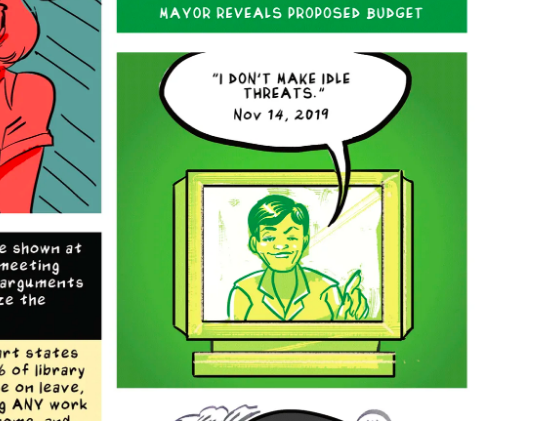 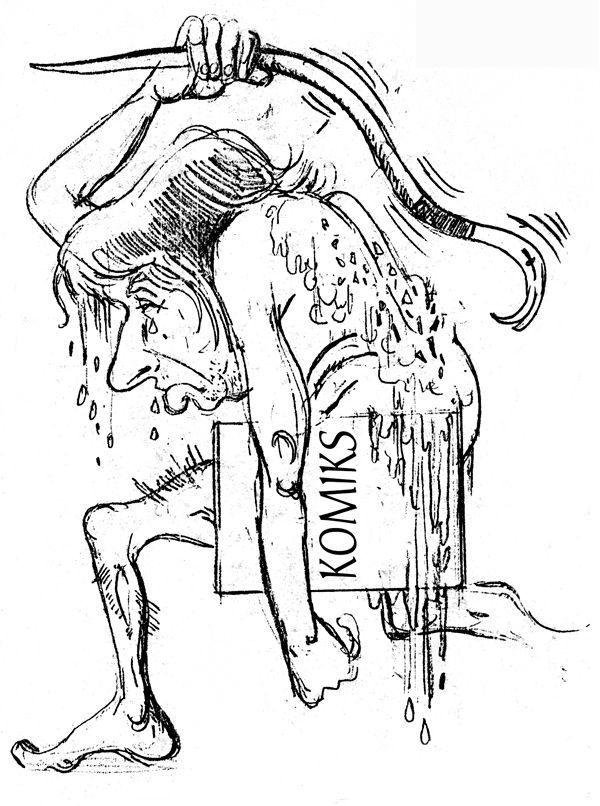 “I Was Always My Own Man”: An Interview With Tadeusz Baranowski