Irene Velentzas is here with a review of one of the most long-awaited conclusions in comics, the complete Berlin from Jason Lutes.

The inside cover of Jason Lutes’ compiled Berlin depicts a sprawling map of the city. The map underlies not only the crossroads Berlin and her peoples are certain to face over the course of this text, but also the entangled matrix of lives, political movements, class conflicts, and private struggles that form the living heartbeat of the multifaceted and ever-changing organism that is Berlin. Lute’s Berlin is a painstakingly made masterpiece, and its twenty-two-year construction has outlasted even the rise and fall of the Weimar Republic which it depicts. This carefully crafted omnibus is not only a fabricated nexus of interwoven lives – both historical and fictional – but a masterclass in the complexity of comics symbolism and composition. Lutes’ thoughtful and impactful storytelling is symbolically dense from the outset as a steam train chugs along the first three panels of the book. The train not only foreshadows the horrors of the Holocaust to come, but also the inevitable intertwined destinies of a progress-driven, war-torn nation and its citizens.

We also have Day Two of L. Nichols' Cartoonist's Diary.

The name of the imprint is taken from a work of speculative fiction written in 1908 by the celebrated African American sociologist and NAACP founder W.E.B. Dubois. Dubois's Megascope, [director John] Jennings explained, is a fictional instrument that allows its viewers to see “undiscovered stories from our past. It’s a really interesting allegorical device.”

Mr. McGuire’s wheatpasting days are four decades behind him, well before he became known for creating magazine covers for The New Yorker, award-winning animation for PBS Kids, and “Here,” a graphic novel saluted by the New York Times critic Dwight Garner as one of the “very best” ever published. But for the first time in nearly 40 years, his handmade posters are receiving a loving excavation in “Art for the Street — New York 1978-1982,” two new solo exhibitions of his work, opening this weekend at the New York Art Book Fair at MoMA PS1 in Queens and on Sept. 27 at Alden Projects in Manhattan.

Fradon couldn’t be nicer, but she has the canniness of a woman who survived the some of the nation’s hardest decades — and the pressures of an all-male industry — by her own wits. I confess to her that I’m only a casual comics reader; my husband is the one with a passion for superhero stories. “Could you explain that to me?” she asks with a smile. “I just do not understand the grown men who are so into comics.”

Surface has a very brief interview with Daniel Clowes.

Many were exultant when Sabrina, a graphic novel by 29-year-old cartoonist Nick Drnaso, made the longlist for this year’s Man Booker Prize for fiction, Britain’s most prestigious literary award. Daniel Clowes was not one of them.

“It seems like a strange leap to me,” he says. It’s not because he didn’t love the book—he thought it was great. He just thinks we’re talking apples and oranges. “[A graphic novel] is a whole different thing,” he says. “It feels uncomfortable as a form of recognition.”

For a short time, Cain became a symbol of the erupting culture wars in geek spaces—the kind that have since yielded the amorphous, anti-diversity harassment campaign known as “Comicsgate.”

At the time, however, the campaign against Cain had no name. And deleting her Twitter only seemed to make it worse. “There’s this really interesting misconception that misogynists have about free speech,” Cain recalls now. “They really were mad that I had left the conversation, because apparently if I were a real feminist, if I were really a strong woman, I would have stayed and let them shout at me. So that’s when it really escalated.”

Cain stayed off Twitter for three months, only once checking in on the hysteria. “I’ve seen some really terrible things,” she remembers. “The thing that really will always haunt me is this illustration of Mockingbird—and this was somebody with talent, like, it was drawn and inked, it looked professional: Mockingbird brutalized and raped, dead. Her costume all torn off, bloody, really violent. And she’s laying there, horribly murdered and bruised and it said, ‘Ask me about my feminist agenda.’”

Doucet engaged comics as a place to think graphically, without triage of explanation. Familiar shapes and images (the human body, cluttered apartments) provide the theater for these clipped statements, a less austere setting than, say, poetry. In her early work, this nontraditional approach to comics (a medium often synonymous with narrative) feels rooted not in anger at the confines of cartooning but in an understanding of how powerful it can be on its own legs, no apologetic sprucing required. If cartooning is simply words and images, the artistic brazenness of early Dirty Plotte shows you can dispense with narrative and the three-act structure and what remains needn’t wear a cold and formalist mask.

Schelly is a self-described fan extraordinaire. Like hundreds of others, he began self-publishing as a teen, sending out his own mimeographed or, later, offset zines to others in the fold, mainly exchanging copies until he had built up enough readers to sell them. Some of those others, those whose names we are likely to recognize — Crumb springs to mind — went on from collecting, publishing, and distributing fan mags to becoming artists themselves. Schelly, who did plenty of his own drawing along the way, and at one point actually considered a comic-art career, decided that he had reached a dead end along those lines. Sagely, he turned to a series of jobs for various entities, including the federal government and the Seattle Counseling Service, an institution serving the city’s LGBT community. But he continued to write about comic books and film, and became a prolific and respected independent scholar.

Finally, the famously irascible Portuguese critic Domingos Isabelinho has published a list of his favorite 34 comics. 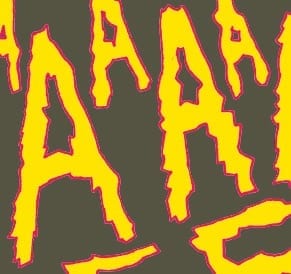 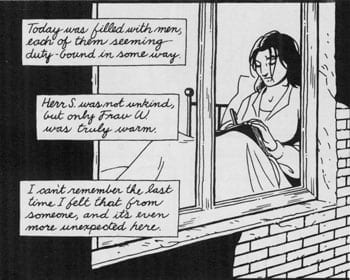