Thanks to CCS and James Sturm we bring you Oliver Goodenough and Stephen Bissette in conversation on: “Marvel vs. Jack Kirby: Legal Rights and Ethical Might”. These are the conversations we should continue to have.

Also, thanks to James, we're proud to "publish" this fine work by CCS student and archivist Cole Closser: A comic strip essay on Charles Forbell's Naughty Pete (the whole run of which can be found in Pete Maresca's Forgotten Fantasy). 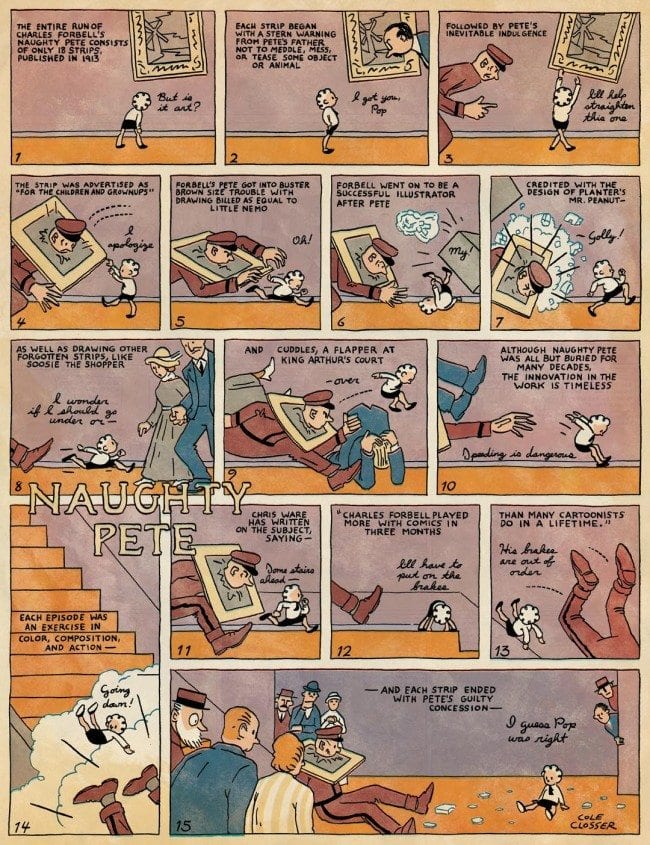 And finally, I was saddened to learn of the death of comics historian Les Daniels, whose 1971 book, Comix: A History of the Comic Book in America, was one of those library staples that indoctrinated many of us. He was also something of an official historian for Marvel and DC. I really know nothing more about him than what's on Wikipedia. I hope more details are pending, and I assume perhaps his editors at Abrams or Chronicle will chime in. 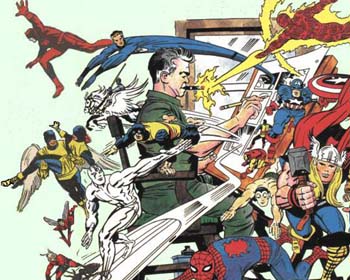 Marvel vs. Jack Kirby: Legal Rights and Ethical Might 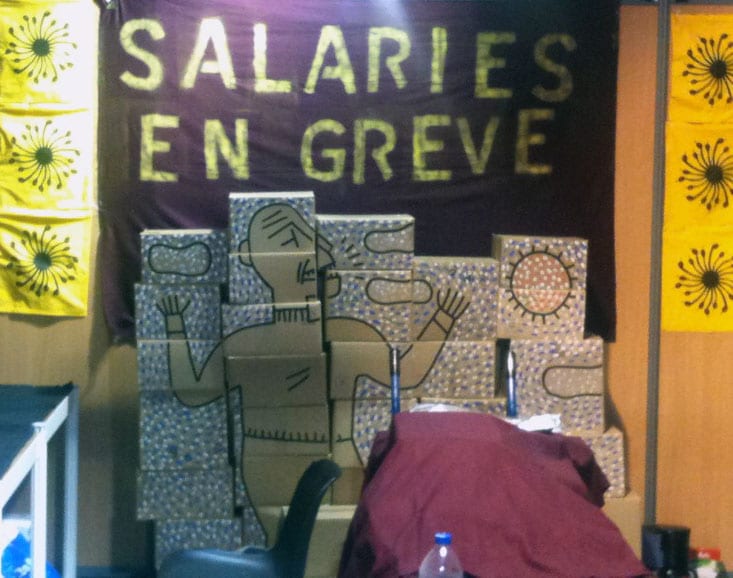