Wilfred Santiago is a gifted and visceral storyteller. This was apparent early on in the severe art styles, colors, and textures seen in In My Darkest Hour, one of his first solo graphic novels, which documents the dark life of a young depressive Hispanic man. Santiago's abilities have since reached a sublime status with the smoother and pitch perfect tapestry of storytelling devices he used in 21: The Story of Roberto Clemente.

21 put Santiago into the pages of magazines like Sports Illustrated, and Roberto Clemente into the hearts and minds of baseball fans everywhere in a brand new way. Santiago's career has brought him many places.

This interview was conducted over email between July and December 2011.

ERIC BUCKLER: What was your first opportunity in comics, and how did you find it?

WILFRED SANTIAGO: Milestone Media was a DC Comics imprint in the '90s that focused on a multicultural cast of superheroes, and it was where I got my first professional gig in comics. I was the penciler for Static (now known as Static Shock) from issues #16 to #30.

One fine day, I went to their offices in New York to show my portfolio, and Dennis Cowan, who was one of the editors and Milestone's founders, took the time to look at it and gave me some try-outs until I landed on Static. I was 22.

BUCKLER: What was going on in your life at the time? Were you able to devote a lot of time to the work?

SANTIAGO: It's one of those things where you don't devote as much time to the work as you should because there's a lot going on in your life. Plus, I didn't care much for comics, really. Working in comics sort of happened. Sure, I looked for the job, but I was also unemployed and applying for fast food jobs. I wasn't being too picky about the kind of job.

BUCKLER: That is surprising to me. Comics are a very specific discipline in contrast to the restaurant industry. What were your thoughts on where you wanted your artistic career in general to go before you started at Milestone?

SANTIAGO: I know how to cook because I worked in kitchens, not because I went to culinary school. Music, drama arts, comics, painting, writing. I mean arts are just arts. I definitely never wanted to have a practical career. You know, work. If given the choice, I would have been in a band traveling the world and living in hotel rooms. I mean, I would still be drawing, painting, etc., even if I had chosen another path, because I have always done these things. I can't complain, I pretty much do what I want. I'm my own boss.

BUCKLER: Had you experimented with comics on your own before this tryout?

SANTIAGO: Yes, of course. There were mailed samples for Marvel, or a local small paper, and a bunch of other things I drew for that are not worth mentioning. But even before comics I was interested in painting and illustrations. You simply have to draw a lot of crap before getting a few decent pages worth for an editor to review.

BUCKLER: Did you have camaraderie with other cartoonists? How did that figure into your work?

SANTIAGO: Working at Milestone was great for my craft. I didn't know shit from chocolate when they hired me so every step of the way I was learning things. How they put a comic book together from scratch. Cowan, as my editor, was telling me what I was doing wrong and why I sucked. Although, he let me know I could do a better job. Or Static writer Ivan Velez, Jr., who encouraged me to write my own stuff and gave me a copy of Birdland, slowly getting me familiar with Fantagraphics' library. This is important because the whole superhero comic thing was getting boring to me. Now I saw the potential of telling other kinds of comics. But sometimes "camaraderie" can hold you back, or friendships come out of the collaborative process and later these worlds collide. It's a give and take.

There were many people who gave me direction at any given time, most importantly my partner, Sanlida Cheng, who for the past six years has directly taken part in my creative process. She's not a cartoonist per se, but cartoons are not just about drawing.

BUCKLER: What kinds of things does she contribute, and how do you work together?

SANTIAGO: Especially with the writing part. I think you can tell the difference between In My Darkest Hour and 21. There's an obvious progress and mostly it's because of our close collaboration working together on 21.

"Well, that's no good." "It doesn't make sense." "What are you trying to say?" "Or that's too literal, or this balloon is too much, rephrase this sentence, etc." Then, I go and change it until it works. Editors are no good. That is, unless they are good. I pass the ideas through her; she tells me what she thinks; sometimes she might suggest something and I do it—or I don't since the final editorial decisions are mine.

BUCKLER: How did the series Pop Life come about for you?

SANTIAGO: I answered an ad in The Comics Journal.

BUCKLER: Could you talk about working with Ho Che Anderson?

SANTIAGO: It was what it was, a great learning experience that I prefer to not revisit.

BUCKLER: Could you expand on the statement: “Cartoons are not just about drawing”? What are some connections you have found to things outside drawing that have affected your cartooning significantly?

SANTIAGO: All art forms are linked to one another, so it's useful to wet your toes in other things. Everything you learn becomes a tool in your tool box. Theater, music, painting, cooking, whatever, you'll find the connection and maybe a use.

Your cartooning can get better by learning to observe. There are so many ways to draw a triangle before it stops being a triangle. So the question is: “What is the triangle's purpose?” Sounds simpler than it is until it's time to execute it.

BUCKLER: Can you think of a specific example where you applied something like that to your comics?

SANTIAGO: If you are doing a character in a play you study the character; you make him or her three-dimensional. Character study can help you to visually interpret a character. It's not as much as applying, but for example, the exercise of making a good composition, whether on a plate, a canvas, or on stage is the same.

BUCKLER: What kind of training do you have for illustration/cartooning?

SANTIAGO: It's one of those things you do. If you have the knack for it, it's a matter of wising up and understanding there's always room to grow once you have decided how good you want to be. If you don't go to school, then you have to figure out where to get what you don't have. As a teen I just got "how to" books. Although I wasn’t disciplined, it was a start.

BUCKLER: As far as illustration, you have a diverse range of styles that you can choose from, yet you have a recognizable style underneath it all. Did you particularly strive to learn a diversity or flexibility of styles?

SANTIAGO: It was the opposite when I began as a professional. I wanted to find a style and stick to it, because you know, I thought that was what you were supposed to do. I like evolving. Not for the sake of change. If there's something I might find useful for my work then I try to learn it. As I evolve through the years so does my work. So I don't know where such things as style will end up as I never actually imagined where it is today. 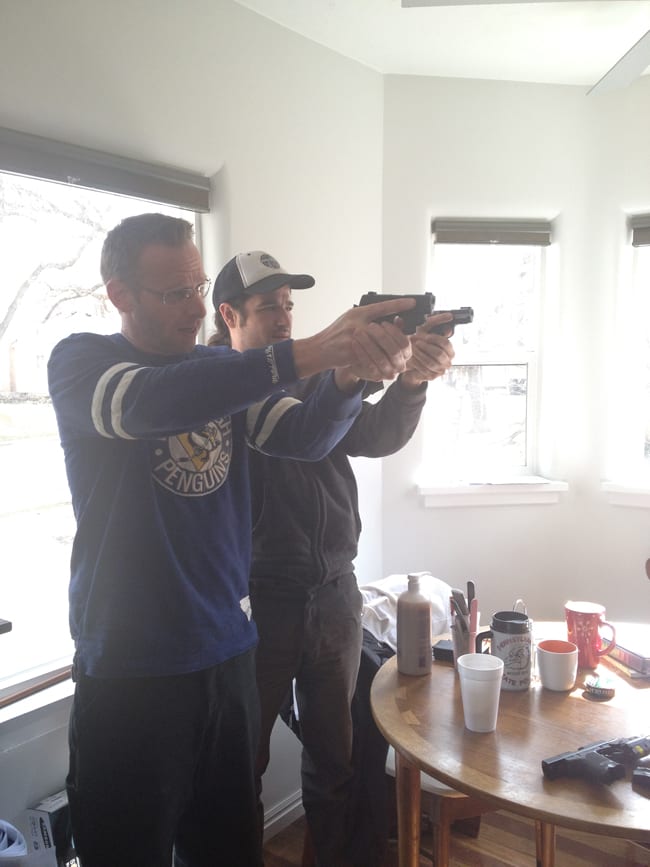 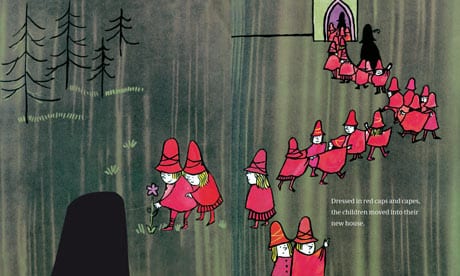 Up the Hill Again