Hope you had a good weekend. Here's the latest:

Chris Mautner brings our attention to the end DC's Plastic Man archives, and asks a damn good question: When will we see more Cole reprints? DC and Mavel's treatment of their respective legacies seems to be a topic of much discuss these days. Sometimes it appears better, as with July's Jack Kirby Omnibus Vol. 1 from DC, and sometimes worse, as with this announcement. I really wish they, like Disney, would hand over certain properties to smaller publishers who are focused on publishing the history in a considered fashion. I know it'll never happen, but a guy can dream of a "Mort Meskin's Vigilante" book, can't he?

Speaking of things not-well reprinted: Here's some John Severin work in the EC style for Atlas.

I am an unabashed fan of Dungeon Quest, so this interview at (conflict alert!) Flog, was a pleasure.

Jessica Ciocci, late of Paper Rad, has a blog now, as well as maybe the best Twitter feed in the world.

John Hilgart concludes a month's worth of Jack Kirby posts at Four Color Process with a short essay.

And on this very site:

Do not miss Jeet Heer's debut of his column Comics Chronicles. And also, everyone should really be reading Jeet's introductions to the one trillion reprint books he writes for. Most recently, his Buz Sawyer intro explored the business behind Roy Crane's 1940s decisions. His quality actually manages to outstrip his quantity. It's scary. Put this man in a glass box for observation!

You missed him, didn't you? Admit it. So did we. He's back. Frank Santoro's Riff Raff began yesterday with a deep look at paper sizes, including demos from the man himself. Actually, put Frank in a glass box next to Jeet's for further observation. They can communicate with each other via 1930s Captain Easy Sunday pages.

Finally, Naomi Fry takes a look at the latest volume of Peanuts. May I be so bold as to recommend Naomi's September 2010 essay on Brett Easton Ellis over at N+1? It's a knockout. 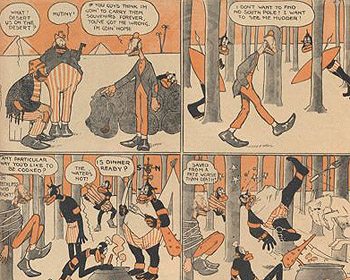 Racism as a Stylistic Choice and other Notes 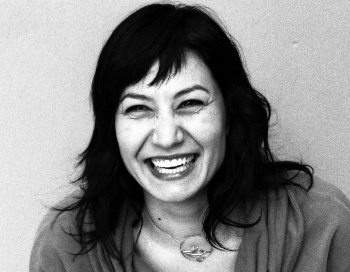 Switching Between Languages: An Interview with MariNaomi