Today on the site, webcomics columnist Shaenon Garrity returns with the long-awaited second part of her Homestruck binge-read.

Mea culpa. I confess to you, my brothers and sisters, it's been too long since Part 1 of my binge-read through Andrew Hussie's juggernaut webcomic-cum-multimedia-phenomenon Homestuck.  My early cockiness was ill-founded. This is a long-ass webcomic that demands enormous dedication, which may explain why it attracts hardcore fans: cosplayers, shippers, epic fanfic authors and fanartists, and probably otherkin. There have to be people who believe they're literally Homestuck characters, right? I'm disappointed with the Internet if this isn't a thing.

This installment covers Act Five, which is at least as long as Acts One-Four put together and is in turn dwarfed by the even more massive Act Six. This is Zeno's Webcomic: I've reached the halfway point several times now, only to find just as long a stretch still looming before me.  It defies Aristotelian logic, but so do most webcomics.

One day in 1970 Ralph Steadman was out on a boat, covering the America’s Cup yacht race and feeling seasick. The illustrator’s companion on the waters off Rhode Island was the journalist Hunter S Thompson.

“Hunter was popping pills the whole time, and he was perfectly all right. I’d never had anything before. I said, ‘What are those things you keep eating?’ He said, ‘Well, they’re pills, Ralph.’ ‘What sort of pills?’ ‘Well, they’re psilocybin.’ ‘What’s that?’ ‘It just helps me through the day.’ ‘Would it be any good for seasickness?’ I said.

“This is where the phrase ‘Pay the ticket, take the ride’ comes from, because I took one. And, God, I’d never done drugs before or since. I don’t like them. I like wine, but not until seven o’clock at night. It’s all right as long as you know when to stop, like everything. The unfortunate thing with drugs is that once it’s in you it’s in you. Ain’t much you can do about it.”

I have this fine art background, and I’ve been inspired by a lot of design things. I love pattern making and beautiful images. When I was a younger artist, I wanted to master that. Before I wanted to be a cartoonist I wanted to be a textile designer, or a painter, or I wanted to be one of those people who mastered the way things looked. I figured I could because I was good at drawing, and I loved things that looked good. But I found that when I’m drawing comics, I’m working through a story. That’s something I fought against in my artwork for a long time because I didn’t realize I could combine those things. I didn’t realize I could combine my natural conversational storytelling, autobiographical instincts–which are probably stronger in me than my aesthetic ones. When I tried to be a designer or I tried to do beautiful things, just as beautiful things, they would fall short. They wouldn’t really do it, that isn’t where my skills lie. A lot of the stuff that you’ve seen that hasn’t been in books are things where I’m trying to work things out, [whether it’s] jokes, images, or how I draw. When I’m in the zone, I’m drawing from life, and I’m expressing a story. All the rest of the time I’m just grasping.

At the same site, Minna Gilligan talks to Hellen Jo.

As a medium, I adore comics because you, the artist and writer, are the master of the story, and because you have an intimate relationship with the reader. Comics are also so full of possibility—in terms of art, in terms of story—precisely because so much is up to you. There are no real rules, and if you are a DIY zinester, there are no bosses or editors or directors. You determine the outcome of your work. I also love that comics and zines are cheap and accessible, to both readers and creators. You want to make a zine? Sit down, draw it, print it out and staple it, and bam: You’re a cartoonist. The zine and comics communities are full of people who understand these facts, and it’s wonderful to meet and commiserate with other people who understand that holing yourself up in a dark room hunched over a desk like a dirty beast troll throughout the day and nighttime is a worthwhile and sometimes important pursuit.

—Misc. At the Paris Review, Joe Ollmann has posted the third and final installment of his comic explaining how he created his latest book. 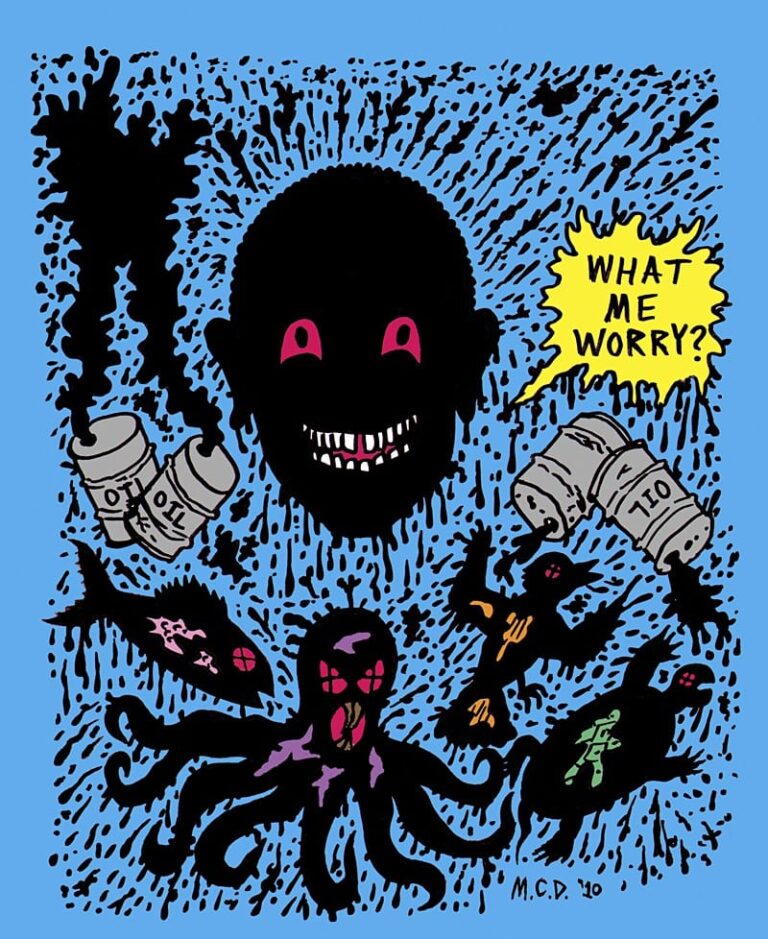