We've got two new posts on the site this morning: Katie Haegele interviewing illustrator/cartoonist Eliza Frye, and the latest episode of TCJ Talkies, in which Mike Dawson talks to Renée French about everything from changing community standards in the comics community to her pseudonymous second career in children's books.

Elsewhere on the internet, tributes to Moebius continue to appear. There's no way we will be able to link to all of them, but frequent Journal contributor Matthias Wivel has written a great one focusing in on the artist's late works. Charles Hatfield is also worth reading, I believe we forgot to link to Matt Seneca's reaction from the weekend.

In the wake of John Carter box-office reports, Evan Dorkin turns his mind to comics, and wonders what the biggest money-losing bomb in this medium has been? Most of the speculation so far has revolved around series, but my guess is that it's more likely one of the books signed to big contracts in the brief recent period in which big publishers decided to make a big push into graphic novels.

Gary Panter have a talk to MOCAD last week, and video is now online.

Tom Spurgeon has a nice solid interview with IDW's Scott Dunbier about their seemingly quite successful Artist's Edition series, and their decision to reprint the Wally Wood volume.

And somehow on Monday I neglected to link to Sarah Glidden's translation of Lewis Trondheim proposal for changes to the Angoulême festival.

As always, it seems, the biggest story working the comics internet right now is a new interview with Alan Moore, this time conducted by Kurt Amacker for Seraphemera Books. It's a typically sprawling thing, most of which covers ground that will be very familiar to regular Moore interview-dissectors, though it's also probably the most comprehensive source for his thoughts on Watchmen and DC's interactions with him that has appeared in years. Robot 6, which is generally a quite good comic news blog that I would recommend to anyone interested in the more "mainstreamy" side of alternative comics, has an annoying habit of trolling its dimmer readers by pulling out the most pointed and insulting excerpts from Moore interviews. This time may be their trolliest post yet, and their commenters don't disappoint, if you're into savoring reading-comprehension problems. It looks to me like most of these commenters prove Moore's point quite well, and he's right that he's better off without them reading his work.

There are a few more interesting parts of the interview worth pulling out, though. Here he is on one of the key reasons he thinks Before Watchmen is a stupid idea:

You see, part of the problem with all this--and the reason why Watchmen was such an extraordinary book during its time--was that it was constructed upon literary lines. It had a beginning, it had a middle, and it had an end. It wasn't constructed as an endless soap opera that would run until everybody ran out of interest in it. It was deliberately meant to show what comics could do if you applied some of those quite ordinary literary values to them. Like I've said, this was the one book that elevated the comics medium, the comics industry, above the point where it had previously been languishing. And where, when I had entered the American industry in the early '80s, it was close to death. They were going down the tubes, and they desperately needed the shot in the arm that all of the hype surrounding Watchmen provided for them.

What the comics industry has effectively said is, "Yes, this was the only book that made us briefly special and that was because it wasn't like all the other books." It was something that stood on its own and it had the integrity of a literary work. What they've decided now is, "So, let's change it to a regular comic that can run indefinitely and have spin-offs." and "Let's make it as unexceptional as possible."

And here's part of his defense against the accusation that he has used many other artist' characters in his own books:

Other people's characters, right. Yeah, I've heard that. Now, what needs explaining is that you're talking about two or three different things, there. With The League of Extraordinary Gentleman, you're talking about a literary phenomenon that has nothing to do with comics. I can get to that in a moment. But, in terms of comics, when I entered the comics industry, I was given characters that the company owned, which were on their last legs--ones which were so lame that they were practically on the verge of cancellation.

Swamp Thing had been, I suppose, created by Len Wein (although in retrospect it really wasn't much more than a regurgitation of Hillman Comics' The Heap with a bit of Rod Serling purple prose wrapped around it). When I took over that character at Len Wein's suggestion, I did my best to make it an original character that didn't owe a huge debt to previously existing swamp monsters. And when I finished doing that book, yes, of course I understood that other people were going to take it over. That went for characters that I had created, like John Constantine. I understood that when I had finished with that character that it would just be absorbed into the general DC stockpile and I believe that I've expressed my admiration. I think that Brian Azzarello's editor had heard that I quite liked the job that he did with Richard Corben on Hellblazer and he phoned up asking me for a quote. I don't know if they ever used it, but I gave them a fulsome one.

This is because those were characters the company owned and I understood that. And I understood that whether I had created the characters like John Constantine, or whether I'd simply recreated them beyond all recognition like Swamp Thing, that these would just go into the general comic company's stockpiles. I've never objected to that. I mean, I don't think it is necessarily the fairest thing, but I've not objected to that.

And how he feels about creator's rights:

My position on all of this has hardened over the years. And, to say this is just what happens in comics--that this is just the tradition in comics--characters get passed from one creator to another and that's just how it is--why is it like that? And, where did these characters come from in the first place? Did they all spring from the brow of Zeus, fully-formed? Or, was there somebody who created them at some point? Was there a sort of Jerry Robinson or Bill Finger? Or, was there a Siegel and Schuster? Or a Martin Nodell or a Gardener Fox [sic] who got robbed? And then, of course the attitude--and I probably shared in this when I first started working for American comics--the attitude now is that it's just toys in the toy box, isn't it? You get to play with your favorite toys from the DC or Marvel toy box. Yeah, I don't want to do that anymore. Those toys were pried out of the fingers of dead men, and were pried from their families and their children. That's just wrong. 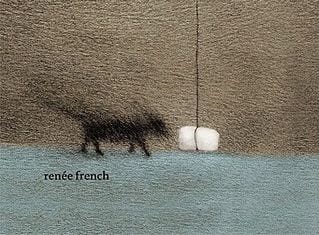 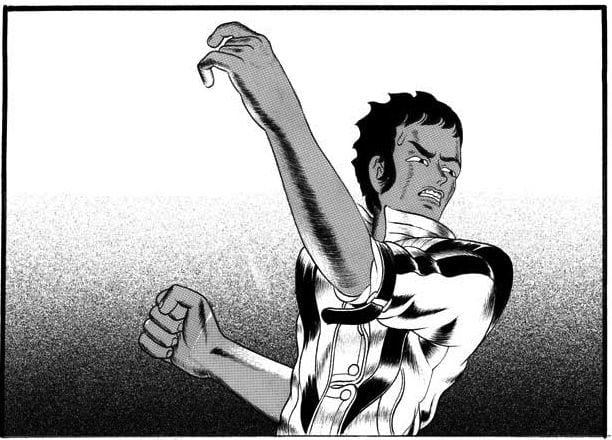