Today at The Comics Journal, we're taking a look at Nick Thorburn's Penguins, thanks to Nate Patrin. It's a doozy!

That might be part of why Penguins, the graphic novel debut by singer/musician Nick Thorburn (Islands; The Unicorns), initially seems to operate from a basis of familiar shorthand. During a brief phone conversation with Thorburn, I picked up on the notion that his artistic influences and technique share a common lexicon with the last few decades' worth of indie and alt comics. There's the usual suspects in Dan Clowes, Chris Ware, Joe Matt, and so forth, paralleling a teen-years interest in making DIY Xerox zines and following a childhood interest in the gag-driven simplicity of Archie comics. That's fairly unsurprising, given what emerges in Penguins -- a blend of juvenilia and melancholy that's grown into a default setting for a significant cohort that grew up in the same context.

To dig further down into what that common experience actually translates to on the page, then, takes more than just an interrogation of influences and comparisons. And if Penguins proves anything, it's that Thorburn has taken well to the narrative potential and visual simplicity of a mute, almost-faceless character going through physical mayhem in ways alternately (or concurrently) amusing and despairing. "I wanted to be as low-res as possible," Thorburn explained, "and have these characters that weren't quite human, weren't quite penguin, had no facial expressions, didn't speak… to me, having it be flattened like that made it all the more cruel." The old Mel Brooks line about the difference between tragedy ("when I cut my finger") and comedy ("when you fall into an open sewer and die") is blurred when the characters all look largely identical and it's unclear, save your own perspective and whatever mood strikes you at the moment, whether you're supposed to empathize with them or laugh at their misery.

Our review of the day comes from Ryan Carey, and it's of Becca Tobin's Understanding, which recently made its way into the world thanks to the Retrofit crew.

The relentless pursuit of diversion and distraction undertaken by Tobin’s protagonists can be an exhausting thing to witness, but it’s certainly never dull, narratively or visually : largely-borderless panels coalesce into intriguing page layouts that are never less than equal parts absolutely inventive yet intuitively easy to follow, while the characters themselves morph into unusual shapes and formations that are somehow consistently recognizable as being the same individuals that they were before. By and large they’re not doing anything you wouldn’t see in, say, your average Cathy strip, but Tobin (thankfully) disposes of that comic’s garden-variety neurosis and replaces it with explosions of vibrant color (okay, fair enough, except in the two-tone strips, but those are still quite effective in their own right) that reflect the deliberately, one could even argue aggressively, unconcerned outlook of the denizens of planet blob. Think of it, then, as Cathy with the consumerism dialed up to 11, then fed a couple hits of purple microdot.

Over at Popula, Lauren Weinstein's dropped her latest Normel Person. On Facebook, Mardou got into her home life.

Over at Talkhouse, Mudhoney's Mark Arm talks about the many side gigs he's taken on over the years, including a stint at Fantagraphics. 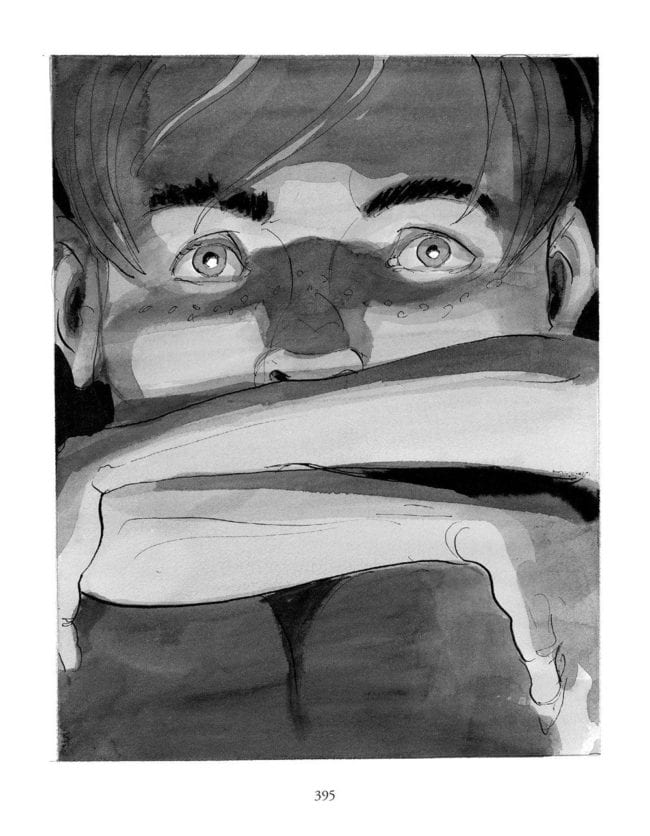 “I Don’t Mind Scaring Myself”: An Interview with David Small