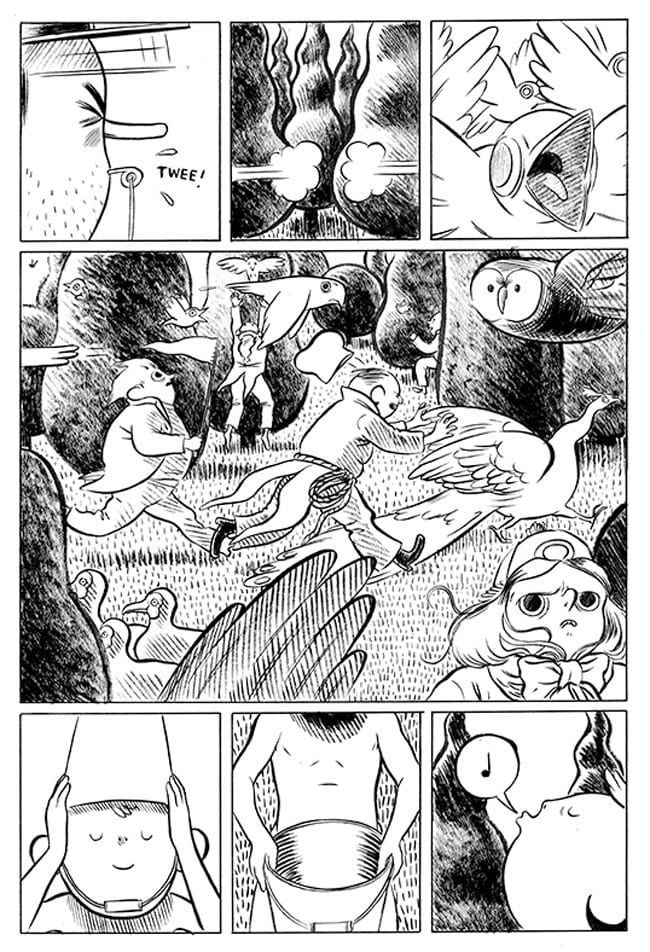 "Collecting My Thoughts" by Grant Snider and Untitled by Sophie Franz

Birds and other flying creatures are associated with Mercury, the wing-footed messenger god, and thus with intellectual thought, ideas, and communication. Birds sing to one another and can be trained to speak and carry messages for humans who tame them, and like thoughts, they freely explore places beyond human (physical) reach. Inspired ideas can seem to be soaring overhead; we glimpse them and hope they will choose us as their perch. Untethered birds are impracticable ideas, ideas not yet snared by the ponderous necessity of action. Sometimes airborne imagery denotes wishful thinking: an unrealistic fantasy is a “flight of fancy,” a daydreamer’s refuge is “cloud cuckoo land.” When a flock behaves unpredictably or attacks, insanity is implied—the subject’s own thoughts are trying to kill them.

Grant Snider, in “Collecting My Thoughts,” presents himself as at the mercy of his untamed mind. In the form of winged animals, the thoughts swarm, buzz, evade, impose, stupefy and loom. He gets the better of them only twice—his “bottled up thoughts” (trapped safe in a jar) and “thoughtlessness” (the thought/bird apparently slain with a slingshot) allow him to feel in control, but now he’s attacking them, rather than engaging. And the rest of the time he’s content to let the thoughts run roughshod over him, while he plays the role of their hapless observer, apparently unmotivated to chase them down, preferring to be resigned to his neurosis.

Compare this with the bird-hunting scouts of Sophie Franz’s comic, facing their quarry like an army arrayed for battle. Their leader sternly warns them to approach the quest with “the proper respect.” A child with a heart murmur is ejected for his weakness. Another little boy, Marcus, isn’t quite up to snuff—not only is his blithe smile mismatched with his scowling cohort, but where they’re decked out with nets, ropes, and elaborate headgear, Marcus appears to be naked but for the bucket on his head. The other kids eye him suspiciously, the leader suggests Marcus might not “have what it takes,” but Marcus’s mild expression remains fixed.

The game, as the troop leader presents it, is macho, militaristic, and adversarial: the scouts are expected to prove their worth, using any weapon to hand to ensnare the “desirable specimens” and return them, unscathed, to captivity. But when the others rush into the fray brandishing their nets, gentle Marcus seduces: his whistle attracts an ominous flock to neutralize his shocked competition. His bucket/hat is full of birdseed, enticing a songbird to land on his head. This could be read as a lightweight parable for one in search of inspiration—it can’t be clobbered into submission, it must be wooed and allowed to approach at its own pace—but the talons and sharp beaks of Marcus’s intercessors, as well as his own flatly beatific affect, hint at something more sinister. Aligning oneself with madness, a renunciation of societal laws in favor of the Real, is here a shortcut to victory, but the kill-or-be-killed game is inescapable, the only question is who will be the prey. 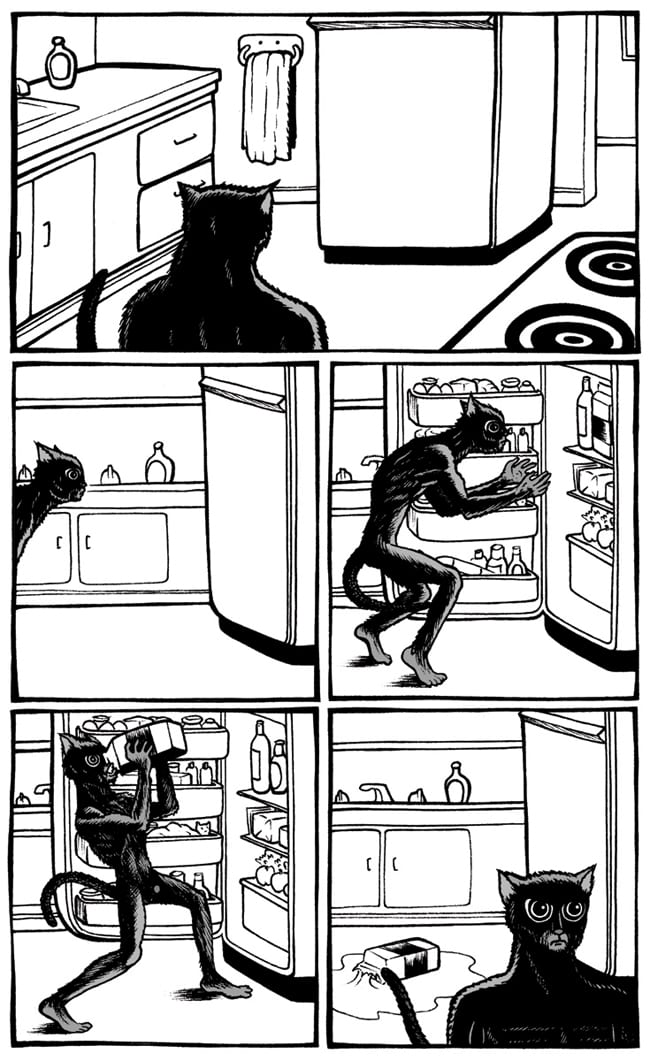 Human-animal hybrids are personifications of man’s bestial nature, and they’re figures of horror because loss of self-control, a return to the pre-civilized state, is one of our most basic fears. It is also irresistibly seductive. We sense that if they were allowed free rein, our animal instincts would be compelling enough to overwhelm our humanity irrevocably, and the knowledge that we ourselves transpire from nature leads us to suspect that the destructive urge is the voice of our true selves.

An animal man, a minotaur, a werewolf, combines a man’s mental and emotional capacities with the uncontrolled, amoral strength of a beast (the archetypal “beast,” since in reality the animal kingdom is flush with intellectual and moral exemplars), and the resulting creature is a rapacious self-loathing abomination. The very liminality which defines him also damns him: man and beast cannot comfortably co-exist as one. Therefore every beast-man tale comprises an both acknowledgement of the inescapable id, and a warning not to let it loose at all.

A comparatively mundane incarnation of this classic grotesquerie, Eric Haven’s “Man-Cat” embodies the ignoble traits of a common house cat: lethargy, apathy, frustrated dignity. Instead of rampaging like his wolf and bull forebears, Man-Cat stalks self-seriously up to the fridge, gorges himself on milk, and tosses the carton to the floor. He slashes the curtains with his claws and pisses on the carpet—chafing in the man-house and the man-life that confine him, he attacks them with the feral weapons of his body, but his vacant scowl isn’t rage, it’s a cat’s don’t-give-a-fuck face. Nothing matters, nothing satisfies, this world was not made with him in mind. Still registering wide-eyed apathy, he digs a revolver from the dresser drawer and blows his head off. (Perhaps it’s Man-Cat’s human side that finally cries uncle using this most human of tools.)

The head—the seat of reason, the house of the self, and the billboard for Man-Cat’s own sulky ennui—is obliterated in a magenta puddle and smear. His suicide leaks vibrant color into the previously monochrome landscape, and the violent act of self-abdication allows the ultimate and true form of Man-Cat to struggle free from his corpse at last: neither the constrained and neurotic human, nor the desultorily destructive animal, but an enormous, hairy, demonic head, with rows of yellow saw-teeth, red-veined bat wings, and a frown as fearsome and black as a nightmare.

In this monster, at last, human emotion and drive combine fully with animal ferocity. The demonic head explodes through the roof of the now minuscule house, and cements its escape by shooting flames from its eyes, which consume the entire suburban neighborhood, blotting the blue sky with clumpy mauve smoke as the destroyer soars into the distance, away from what he’s done. A man who cannot contain his animal nature may be destroyed by it, he may annihilate all which came before in his quest to reconcile with it, indeed he may finally free his true self only to discover it is destruction incarnate. Transcendence and self-knowledge often come at a terrible cost. 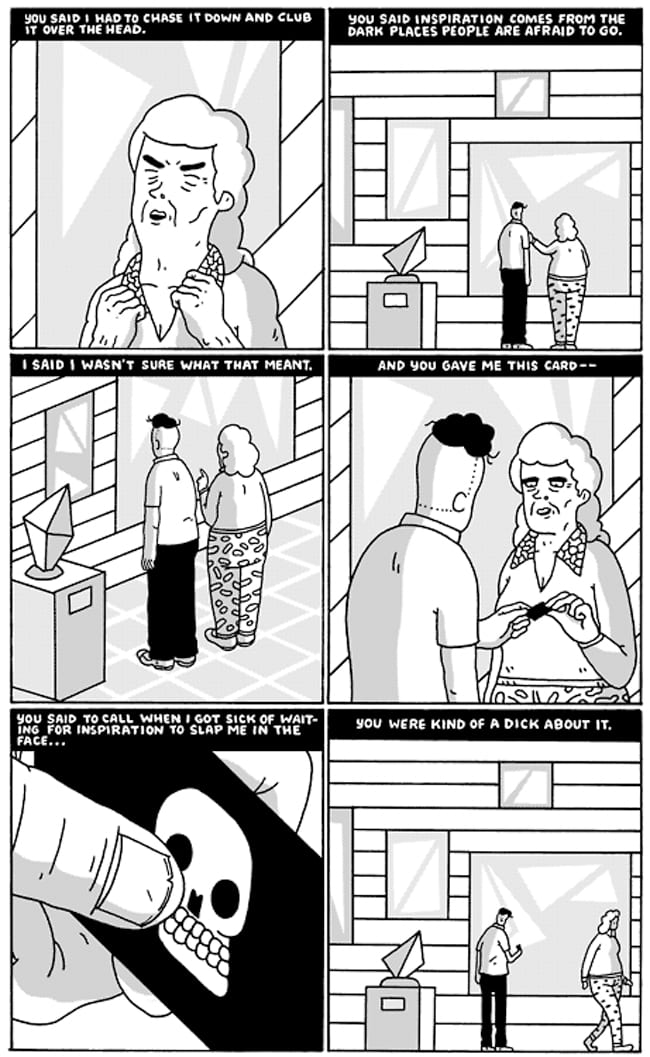 "Dance Yourself to Death" by Luke Howard

Artists are vulnerable to the fantasy of self-destruction as the ultimate badge of authenticity. The work is so pure, so intense, so transcendent (so the familiar narrative goes) that its conduit burns out like an overloaded fuse. The young innovators whose creations triggered paradigm shifts in their media as they themselves succumbed to self-inflicted martyrdoms seem to us as tools which the hand of god used briefly, too forcefully, and then broke. With maturity we learn to recognize this as a fiction, written to rationalize senseless death and pain. Once you’ve been or loved an addict, for example, the idea of addiction loses its romance. But even when we should know better, in certain personalities the desire to give one’s life to something greater, something noble and true, in this case an artistic vision, persists. For them, Nikos Kazantzakis wrote this prayer: “I am a bow in your hands… Overdraw me, Lord, and who cares if I break.”

Luke Howard’s comic “Dance Yourself to Death” explores the fantasy of artistic self-destruction with a first-person narrative about a young painter longing to be overdrawn. He obsessively attends an exhibition by another artist (identified as “you”) in whose work he recognizes the transcendent quality he struggles to achieve. He confesses his inadequacy to her, but she admonishes him for not trying hard enough—that kind of inspiration, she says, has to be chased down, sacrificed for, it doesn’t just happen to you. Then she initiates him into an occult club, the source of her own inspiration.

Here we encounter a powerful and poetic symbol, particularly in narratives driven by a character struggling to make contact with inhibited or forbidden motivations: the secret theater. In the secret theater, which tends to appear about halfway through a story, a more truthful but not yet acknowledged version of the larger narrative is performed for a protagonist’s agonized observation. It’s the dark place “you” described, “where people are afraid to go.” In Anne Rice’s Théâtre des Vampires, her ethical protagonist, Louis, watches a demonstration of genuine vampiric atrocities, thinly made tolerable by their masquerade as theater. Club Silencio, in David Lynch’s Mulholland Drive, features musical voices which seem to break off from their exhausted, impassioned performers, gently alerting the despairing audience to abandon the idyll of the film’s first half. Contrastingly, Hamlet’s attempt to stage an implicating play for his murderous uncle fails—that theater is public, symbolically speaking, because Claudius already knows what he did.

In Howard’s theater, unnamed but for an image of skull on a black field (its name isn’t “death” or an actual skull, but a picture of a skull: death itself is a means to an end; depictions of death are what’s on offer here) the protagonist discovers his own forbidden wish: to be consumed to the point of destruction by art itself, leaving a legacy that echoes through the work of other artists. Like many attendees of secret rites, the audience of “your” performance is masked, obviating their social roles, protecting the performer from their gaze. The four-day-long performance, which culminates in “your” death, cracks open the previously obstructed conduit between the protagonist’s ideals and execution. He begins making work that’s authentic, inspired, “important,” and he’s rewarded with both critical acclaim and improved self-regard. His paintings depict the vision from the secret theater—his interior and exterior worlds finally match. And when the time comes at last for him to pay for this gift with his own life, he’s unfazed. The cathartic dance kills him by satisfying his ultimate creative desire. 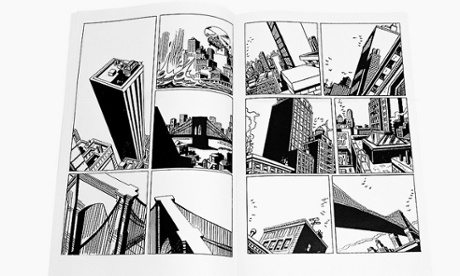 Forward to the Past 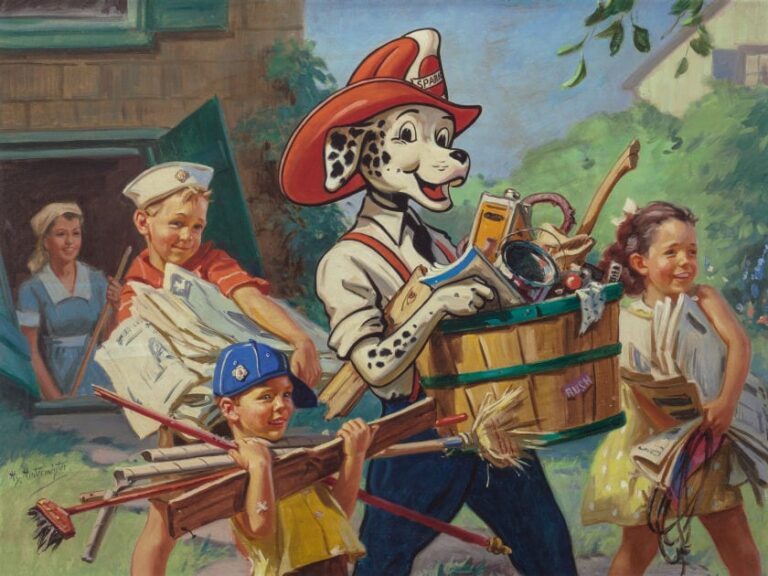