Joe McCulloch is here today, as he is every Tuesday, with a guide to the best-sounding new comics in stores (with spotlight picks by Mimi Pond and Evan Dorkin), as well as part one of a series of essays on pre-WWII manga, starting with the old-old-old-school giant-"robot" manga Tank Tankuro. (It probably says something bad about my parenting skills or my four-year-old daughter's future ability to fit in at school that this book is the one she most frequently asks to take with her to bed at night.) Here's a sample:

It is difficult to remain annoyed with Tank Tankuro, however; it is far too valuable a book. Other manga releases have afforded readers translated access to the comments of Japanese writers and critics, and not a few 'historical' releases append supplemental texts by western experts, but this one sees editor/co-translator Shunsuke Nakazawa offering a a rare and extensive overview of the pre-Tezuka eon, from the formative influence of Punch and Puck on Meiji period artists through the popularization of newspaper cartooning, the rise of children's entertainment magazines, the development of emonogatari and the proliferation of akahon - all rushing towards the cataclysm of World War II, through the American occupation and into the midst of the Tezuka phenomenon.

Running parallel to this is the life of Sakamoto himself, who offers additional, personal testimony (penned in 1964), as does his son, Naoki (new to this edition). Sakamoto, we learn, was a trained painter and advisee of emonogatari progenitor Ippei Okamoto, whose dissatisfaction with a children's samurai comic he'd been drawing for a newspaper company ultimately led him to Kodansha's Yōnen Club magazine -- yes, the same Kodansha which publishes Attack on Titan today -- where he cut loose with an imaginative serial about a strong boy inside an iron ball who can produce any item necessary ("like a chest full of toys," declares the artist) to defeat villains. Tank Tankuro was a big success, enough so that Sakamoto adapted some of the comics material into an experimental emonogatari variant format he dubbed manga-dōyō, with uniform rhyming text accompanying dialogued panels (see above, and note the lack of English-equivalent rhyming). Then, of course, came a collected book edition, the texture of which Presspop perhaps means to suggest through its own deluxe slipcased hardcover production.

This looks like one you're going to want to bookmark.

—Awards. Jen Sorensen and Angelo Lopez won editorial cartooning awards from the Society of Professional Journalists. The Hugo Award nominations were announced, and included comics such as Saga, xkcd, and Girl Genius (and incidentally, this year's slate kicked up an awards controversy that makes comics seem mature).

—Subscriptions & Spending Opportunities. Up-and-coming publisher 2D Cloud has begun offering full-year subscriptions to their lineup. The Study Group 2014 subscription crowdfunder is now into stretch goals. Julian Darius wrote an essay complaining that crowdfunding for comics is "broken" that I don't really understand, but I do know that people in comics love to argue about Kickstarter, so maybe some of you will.

—The Recent Troubles. Janelle Asselin has written a followup post regarding the fallout from her recent review of a Teen Titans cover, which led to violent threats from fans. Will Pfeiffer, the writer of the comic in question, spoke out against this response and asked fans not to threaten her any more. It is depressing that any of this needs to be said out loud to adults, but I guess it does. 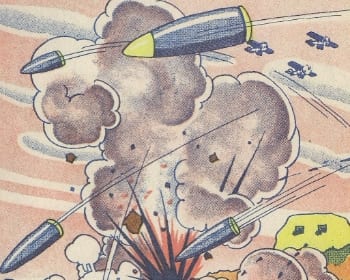 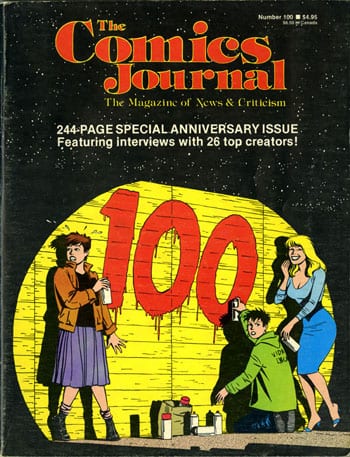 Rise of an Empire