This news isn’t the easiest, and so is separate from this week’s links, a selection of which can be found below, but, much like Henry Cavill, I have to announce that I will not be taking on the role of Superman under the DCEU’s new stewards - I tried to point out that I share a Christian name with the last son of Krypton, making me more than qualified for the part, but this is apparently simply not enough in the current, admittedly hostile, digital on-demand and theatrical-release media landscape, as confirmed by the financiers. No further questions will be taken at this time.

• Tying a seasonally-appropriate bow on one of the year’s big publishing news stories, it was reported at the end of last week that Markus Dohle would be stepping down as CEO of Penguin Random House, and resigning from a seat on the board of parent corporation Bertelsmann, in the wake of PRH’s failed attempt to acquire Simon & Schuster - PRH and S&S hold a sizable number of comics distribution deals between them, following the rapid diversification in the book and direct market distro channels, away from Diamond’s former monopoly, during the pandemic.

• The Beat reports on the recent making public of allegations of non-payment, aimed at AfterShock and Valiant, with complaints of widespread delays of monies owed from comics publishers, and apparent failure to respond to queries regarding these in a timely manner, as retailers complain of a glut of product flooding the direct market - any information relating to this, or similar publisher infractions, can be submitted, in full confidence, for an upcoming TCJ piece at [email protected].

• In other ‘comics publishers alleged of failing to pay the creators of work which they are selling’ news, Action Lab Entertainment’s solicitation of Princeless as a Free Comic Book Day title resulted in the creators of the book issuing a statement asking readers and retailers not to support this, due to the fact that the publisher is currently the subject of a class action lawsuit over failures to execute their obligations under publishing contracts.

• News from the continent, and a fractious week for Festival international de la bande dessinée d'Angoulême, as a planned exhibition from Bastien Vivès, for which the festival had given the creator ‘carte blanche’ regarding its design, has now been cancelled, after Vivès, the Festival’s staff, and Vivès’ publisher allegedly received threatening calls and messages, seemingly fuelled by wider complaints regarding purported themes in Vivès’ work normalising paedophilia and incest, which the author has denied and condemned - the Festival, and France’s Minister of Culture, Rima Abdul Malak, had spoken in apparent support of the exhibition, in the face of petitions calling for its cancellation, but security concerns in light of the week’s events made its opening in January untenable.

• ICv2 reports on some sales in the wider comics world, as Comic Shop News has now been sold, after owners Ward Batty and Cliff Biggers announced their intention to relinquish ownership of the publication back in September; and collectibles marketplace Goldin has acquired Sell My Comic Books, along with its staff, as the world of comics auctions continues to present big money opportunities, albeit volatiles ones.

• Lawrence Lindell and Breena Nuñez’ Laneha House announced the winners of the inaugural Kinnard Awards, named for cartoonist Rupert Kinnard, celebrating members of the community who make, contribute to and love comics.

• Koyama Provides announced the latest recipient of their grants program, awarding $1,500 to Michel Fiffe, which will be used to develop the Copra How-To, “...an affordable, easily available guide that tracks everything from creative endurance to managerial concerns and beyond.”

• In memoriam, remembering those the world of comics has lost, and news was shared last week of the passing of cartoonist and editor Lee Lorenz, aged 90 - The Daily Cartoonist rounds up tributes to Lorenz, and TCJ’s 2011 interview with Lorenz can be read here.

Each one is hand made and printing in our home.

We will be reaching out to each awardee soon to find out where to send them!

• Martin Brown reviews the rewarding flexibility of Josh Simmons and Patrick Keck’s Dream of the Bat - “Though each of the four self-contained issues has its own unique merits, the promise of Dream is that the final chapter—the only one not previously published—completes the arc and unearths new meaning for the previous episodes. The same mission gets picked up in book design itself, which features guest art, layouts, comic strips, and inside covers laying out a before and after of Gotham as rich as anything in the meat of the narrative.”

• Ryan Carey reviews the effective candour of Casanova Frankenstein and Glenn Pearce’s How to Make a Monster - “Frankenstein might feel like a monster—hence, I suppose, his latter-day nom de plume—but to the level-headed observer from without? He comes off as earnest, thoughtful, and self-reflective. None of the character traits one would typically associate with monstrousness—callousness, calculation, amorality, selfishness—appear to be present and accounted for in this guy in any way, shape, or form. So, yeah - quit being so hard on yourself, Cassie, you’re not a bad person at all.”

• Robert Kirby reviews the agreeable quietness of Whit Taylor’s Fizzle #1-4 - “As with Taylor’s excellent 2021 mini, Montana Diary, from Silver Sprocket, Fizzle benefits greatly from fine production values. The covers are particularly appealing. Each features the face of one of the main characters on a different-colored paleta, a simple yet elegant graphic. Today’s minicomics really benefit from this little extra design oomph. As ever, Taylor’s drawings have a straightforward sincerity that matches her writing.”

- The evocative choreography of Youssef Daoudi and Adrian Matejka’s Last On His Feet: Jack Johnson and the Battle of the Century

- The diverse community of K O’Neill’s The Moth Keeper.

- The golden information of Jon Chad’s The Periodic Table of Elements: Understanding the Building Blocks of Everything.

- The propulsive adventure of Ronald Wimberly and Brahm Revel’s Now Let Me Fly: A Portrait of Eugene Bullard.

- The gorgeous vignettes of Catherine Pioli’s Down to the Bone: A Leukemia Story, translated by J.T. Mahany.

- The touching celebration of Rob Kirby’s Marry Me a Little.

- The witty unwinding of Andrew S. Weiss and Brian ‘Box’ Brown’s Accidental Czar: The Life and Lies of Vladimir Putin.

Gina Gagliano interviews Gale Galligan about Freestyle, the culture of breaking, competitive yo-yoing, and the trickiness of making media for kids - “Some of the best conversations I’ve had with people have been about the stuff they were super into as a kid. There’s something very special about that really pure enthusiasm, before you grow older and get too interrogative or self-aware about what you’re doing. So sometimes you come across these Twitter threads like, “Visited my parents for the holidays, look at my old fanart, haha!” And the affection for that past self, the pride in them, is always so evident.”

• Chris Coplan talks to Mattson Tomlin and Lee Bermejo about A Vicious Circle and rewarding collaborations, and to Mark Waid and Dan Jurgens about Dark Crisis: Big Bang and the importance of the Flash.

Mark Tweedale speaks with Christopher Golden and Bridgit Connell about the Outerverse, establishing worlds, quiet publishing schedules, and quiet romance; and with Rachele Aragno about Leonide the Vampyr, the marriage of Christmas and ghosts, and favourite examples of the genre.

Françoise Mouly chats with Sarah Booth about the inspiration that Christmas provided to George Booth, the humour inherent in Booth’s work, and laughing through tears.

• Here at TCJ, Chris Ready charts the return of Kevin O’Neill’s Bonjo from Beyond the Stars in the festive 2000 AD #2312, representing the creator’s final work for the comic, and looks back on the history of the Galaxy’s Greatest Comic through depictions of its alien editor - “Bonjo is even more entertaining. Seemingly conscious of being watched, Bonjo locks eyes with the reader when imperiled, cramming its enormous physique into panel corners to offer up a series of pleading grimaces. This is not a heroic monster assured of its inherent invincibility; this is a creature intimately acquainted with complete oblivion.”

• Also for TCJ, John Kelly curates remembrances of Aline Kominsky-Crumb, who passed away last month aged 74, from friends and peers - “[Carol Tyler:] Her voice, a soothing mid-wale corduroy, lilting, confident, and consistent, would roll through the receiver as she insisted I spill the details of the latest drama unfolding in my realm. Then, just at the right moment, her latest tale would begin about Blabette, her mother, which she detailed in such a way that...well, it was no surprise later when I'd read it drawn out in Weirdo exactly like she told it to me. That was a great lesson I learned from Aline: tell your story just like you would tell it to a friend.”

• For The Gutter Review, Ritesh Babu writes on the confrontation of death, mortality, and the living of a life to be found in Ram V, Filipe Andrade, et al’s The Many Deaths of Laila Starr; and Kayleigh Hearn explores the enduring scares of Rumiko Takahashi’s early work, The Laughing Target, and situates the story in Takahashi’s wider body of work.

• Over at Shelfdust Masha Zhdanova welcomes the return of Meredith Gran’s Octopus Pie Eternal and the effective brevity of its shifting character focus, and the site’s Top Fifty Comic Book Events rundown continues, as this week the picks for the slots from 40 - 31 are revealed and forever frozen in time.

• From the world of open-access academia, writing in Comparatismi, Mattia Arioli explores the use of graphic narratives by Indigenous storytellers to represent the generational trauma inflicted by Canada’s Residential School.

• For Laws and Humanities, Angus Nurse examines the use of public information comics to address problematic issues in a discussion-based format, utilising the immersive nature of graphic storytelling.

• A pre-print publication for the European Geosciences Union, Oliver Wings, Jan Fischer, Joschua Knüppe, Henning Ahlers, Sebastian Körnig, and Arila-Maria Perl write on the use of comics for paleontology-outreach with the general public, and the development of the graphic novel EUROPASAURUS – Life on Jurassic Islands.

• Mike Peterson rounds up the editorial beat, for The Daily Cartoonist, as the run-up to the holidays saw the release of Brittney Griner, a mooted repeal of the constitution, the other other problematic social media platform, and possible futures were all under the microscope.

houses near the railway pic.twitter.com/Yn6uTVpZV3

• Austin English hosted the final edition of the New York Comics and Picture-story Symposium’s fall season, as Heather Faye Kahn spoke on ideas regarding the versatile nature of cartoon characters, and the richness and relatable nature of symbols.

• David Harper closed out Off Panel’s year by convening a trio of comics industry commentators, speaking with Bruno Batista, Heidi MacDonald, and Damian Wassel about just what it is that is going on with periodicals, and why a tipping point seems to have been hit right about when record sales are being seen in the industry.

• John Siuntres took a trip up in the Word Balloon with Geoff Johns, as Stargirl leaves the screen, but returns to the stands, and other recent work for DC, as well as creator-owned projects.

• An interview edition of Publisher’s Weekly’s More to Come, as Calvin Reid spoke with Joe Illidge, Milo Stone, and Shawn Martinbrough, writers on the Judge Kim and the Kids’ Court series, about creating stories for younger readers and wider comics work.

• Closing out the week with recent offerings from Cartoonist Kayfabe, as Jim Rugg and Ed Piskor took a look between the covers of some classic Red Sonja, Master of Kung Fu, Cobra, Mad #2, Power Comics, and Deadworld, before sitting down to talk with Takashi Okazaki.

That’s all for this week, back again next time with the final round-up of the year, but I really have to ask where the rest of 2022 has gone, and if you were the one to take it then to please give it back. 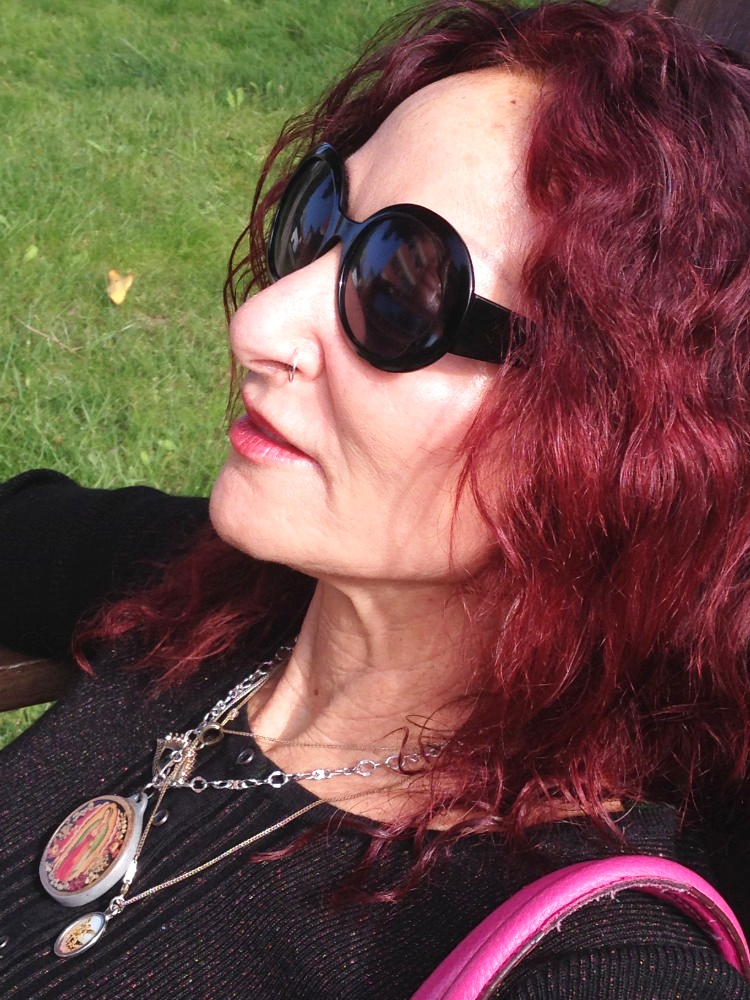 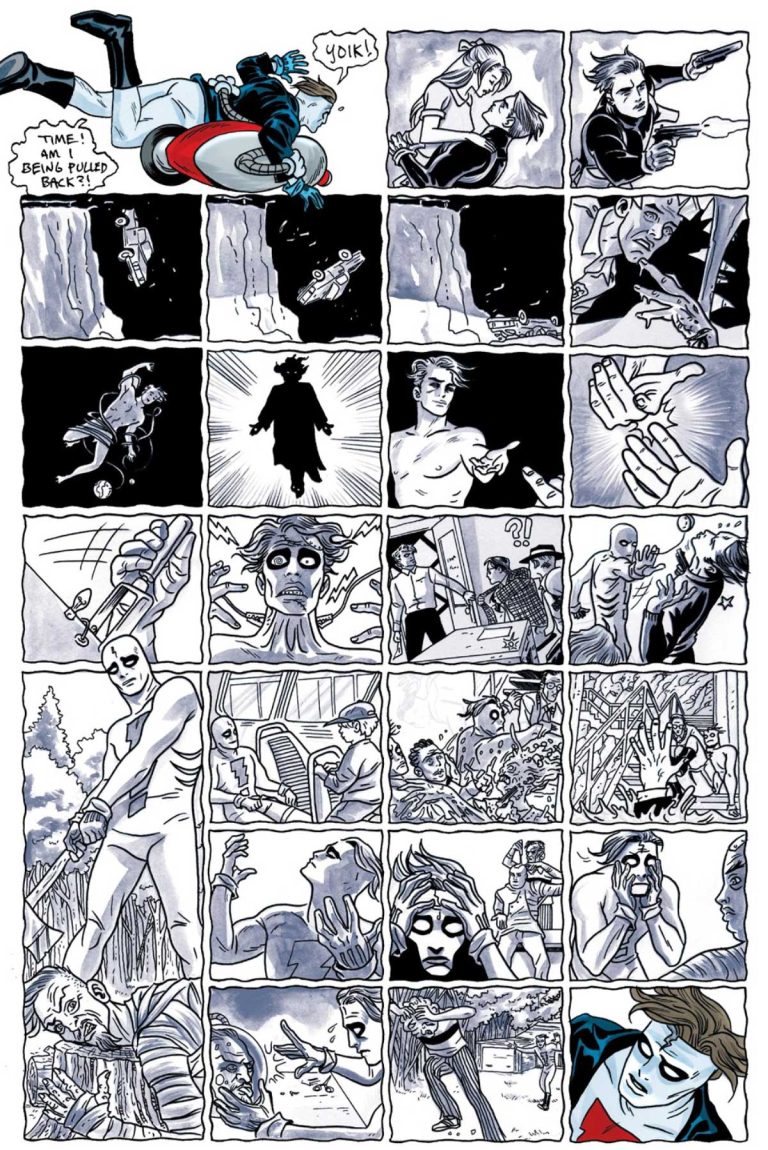 “Put Your Raygun To My Head”: An Interview with Michael Allred