A relatively quiet week for comics, if such a metric can ever truly be applied to This Week’s Links, a selection of which can be found below, as we head into the last two months of the year, and I definitely am not going to head off after typing that and frantically check my calendar of project deadlines for the rest of 2021. Well, uh... Gotta go!

• Continuing the fall awards season, slowly bringing the year to a close, The Daily Cartoonist has round-ups of this year’s winners at the 75th Annual National Cartoonists Society Reuben Awards, with three groups of divisional award winners, and Cartoonist of the Year having been presented to Ray Billingsley, while other honours included Mort Gerberg's induction into the Hall of Fame, and Hy Eisman taking home the Milton Caniff Lifetime Achievement Award.

• ICv2 reported on Q3 market shares for publishers, with Image Comics dropping two points compared to Q2, and Marvel and DC both picking up a point over the same period, while John Jackson Miller hit 25 years, and 300 postings, of Direct market reporting, as summer 2021 saw high sales for comics with the top 300 comic books selling at least 24.2 million copies from June-August, with King Spawn #1 taking August’s top spot, and comprising 480,000 of those sales.

• Koyama Provides announced the latest recipient of their grant program, awarding $1,000 to Lane Milburn, which will be used to fund “the first issue of Flowering Entity in the Spring of 2022. This will be a full-colour collection of...short comics and longer serialized works.”

• A pair of academic funding calls currently open, as The Billy Ireland Cartoon Library reminds prospective researchers that the deadline for applications to the Lucy Shelton Caswell Research Award, providing up to $2500 support to travel to Columbus, closes in two weeks; and the Center for Cartoon Studies' BIPOC scholarships for their winter cartooning workshops are open now, with a deadline of the 19th of November.

• Andrew White reviews the flowing freedom of Trevor Alixopulos’ Lipstick Traces - “Alixopulos has a real talent for poetic prose, and that does appear occasionally here (another beautiful line from that first story: “In their bleary bemusement was a notion -- is this our lives now? Could it be our lives? Who’s to say it couldn’t."). However, he has the confidence to exercise restraint in the longer narrative pieces, allowing the poetry to sneak in only through snippets of dialogue, tiny moments, and that beautiful line.”

• Matt Seneca reviews the perfect derangement of G. Davis Cathcart’s One Eight Hundred Ghosts - “As impressive as the needle Cathcart threads with his drawings of people is, there's no letdown in his visual treatment of anything else. One Eight Hundred Ghosts' period setting of downtown NYC in the Basquiat-and-Blondie early '80s is absolutely nailed, from layers of grime bedecking the backgrounds to meticulous new-wave patterning on wallpaper and floor tiles to outfits designed with a sartorialist's flair, a caustic blue-brown-orange palette staining everything.”

• Brian Nicholson reviews the impeccable pleasures of Stanley Wany’s Helem - “While there might be something within these images that follows a thread from a previous visual sequence, the associations between one thing and another are far looser than the counterpoint suggested in the four-panel pages’ steady rhythm.”

• Alex Cline reviews the solid elegance of volume 2 of Hiro Kiyohara’s adaptation of Yukito Ayatsuji’s The Decagon House Murders, and the charming details of Nakaba Harufuji’s You’re My Cutie Volume 1.

• Andy Oliver reviews the delightful tomfoolery of Margaret Abouet and Mathieu Sapin’s Akissi: Even More Tales of Mischief, and the sumptuous layers of Molly Mendoza’s The Drake’s Sword.

- The galvanizing heart of Street Noise’s Draw the Line: 100+ Things You Can Do to Change the World!.

- The brave allegory of Jeremy Sorese’s The Short While.

• Aria Villafranca reviews the shallow glibness of Molly Ostertag’s The Girl from the Sea.

• Tynan Stewart reviews the uneven illustrations of Kristen Radtke’s Seek You: A Journey Through American Loneliness.

Joe Decie interviews Hurk about Jinx Freeze, uses for sketchbooks, focusing on covers, and easy targets for satire - “I’ve taught myself how to draw comics from drawing comics, and reading things (and looking at comics!) here and there and taking some of that on board. Which is why I see it as a continual learning journey - I couldn’t possibly say I know everything already and if I did, I would sound a bit of a dick. Even if somebody gained a Phd in sequential illustration or a black belt in the mystic 9th art it would be natural that they continued to learn new things they thought they already knew or had never occurred to them as they continued their practice.”

Joe Grunenwald chats to Duane Murray about Better Place, transitioning a story from indie film development to comics, comics and art collecting, and borrowing from yourself.

Michał Chudoliński interviews Jacek Dąbała and Marek Bielecki about Medox the Mercenary, the thirty year journey to the book's publication, and the requirements of making a comic.

Cheryl Robinson speaks with Marie Javins about the legacy of Wonder Woman, the ironies of the character, and how the character is evolving after 80 years of publication.

• Brian Salvatore continues a look back at the genesis of DC’s New 52, talking to Mike Marts about Batman editorial etiquette, creative team placements, and getting while the getting’s good.

Jacky Habib interviews Omar Mohamed about When Stars Are Scattered, capturing the realities of life in a refugee camp, and challenges faced by refugees living in America.

• Brigid Alverson speaks with V.E. Schwab about ExtraOrdinary, retroactively creating characters from superpowers, the disparate languages of comics and prose, and page counts for comics vs graphic novels.

Karama Horne talks to Mellow Brown and K. Perkins about Blade Runner: Origins, lasting impacts on licensed franchises, anti-corporate stories in a corporate universe, and putting the focus on transhumanist aspects of the story.

• Andrea Ayres speaks with Jude Doyle about Maw, depicting the process of having an emotion, presenting the humanity of trauma, and finding beauty in pain.

• Here at TCJ, Robert K. Elder walks without rhythm and speaks with Ralph Macchio, Bill Sinkiewicz, Christie Scheele, Bob Budiansky and Tom DeFalco about the making of Marvel Comics’ adaptation of David Lynch’s adaptation of Frank Herbert’s Dune - “Bill Sienkiewicz, artist: Dune is sort of where my style evolved, because I was trying out a bunch of different pen points. Part of it was an artistic, stylistic choice to break things down into shapes. I remember that I did several versions of the opening page of the desert, I did one with the sandworm on the horizon, and another, which was just the moons and an actual dune.”

• Also here at TCJ, courtesy of New York Review of Comics, you can find an excerpt from Dash Shaw’s Discipline, available now from all good sellers of books.

• The Guardian’s art critic, Adrian Searle, visits London’s Somerset House for the ‘The Beano: The Art of Breaking the Rules’ exhibition, and charts the history of the anarchic, now also venerable, all-ages British comic.

• For NeoText Reviews, Ritesh Babu contextualises Ram V, Sumit Kumar, et al’s These Savage Shores in Britain’s Imperialist past, and the use of the 9-panel grid to reflect the colonialist cage placed upon India; and Robert Smith looks at the bright but brief history of British horror comic Scream!, and the comicking greats who appeared in its pages..

• Over at Women Write About Comics, Alenka Figa examines whether picture books can be comics, given a specific definition for what a comic is, viewed through the lens of Jillian Tamaki’s Eisner-winning Our Little Kitchen, and other medium-spanning examples of the form.

• Catching up with Elizabeth Sandifer’s Last War in Albion, as book three continues with chapters on the work of one Garth Ennis in Crisis, and the historical context of the Troubles; the work of one Mark Millar in Crisis, and contrasting nihilistic cynicism found therein with the genuine transgression exemplified by Peter Milligan and Brendan McCarthy’s Skin; and Milligan’s stepping into the American comics spotlight, and stepping out again briefly, before returning with Shade the Changing Man.

• Mike Peterson rounds up the week’s editorial beat, over at The Daily Cartoonist, as conspiracy theories abound, legacies are written by the living, and betting and voting will cost you big.

• In the world of open-access academia, for Research on Diversity in Youth Literature, Christian Hines writes on the stereotypes faced by Black girls seeking to join STEM programs, and the navigation of learning spaces depicted in Marvel Comics’ Moongirl and Devil Dinosaur and Ironheart.

• Comic Book Are Burning in *checks notes* Gotham?? Tucker Stone, Matt Seneca, and Benjamin Marra convened to discuss the meaner elements of Batman: Venom, and how sometimes superhero comics should just be really, really nasty to their protagonists when they’re not able to lift a big rock.

• The ringing of SILENCE! returned once more, as Gary Lactus and The Beast Must Die discussed abstract comics, superhero comics, and misjudged comics, so the whole available spectrum available to a reader.

• Don Rosa returned with a fresh livestream, this time greeting viewers in the conservatory, and imparting the realities of live-drawing, fungal textures, and story beats left unsaid.

• Drawn and Quarterly's Tom Devlin kicked off a new series of artist in-conversations, speaking with Brecht Evens about The City of Belgium, and moving things away from an originally dark and violent premise.

• Brian Heater welcomed a couple of comics creators to Recommend If You Like this week, speaking to Joe Ollman about Fictional Father and parallel truths, and Guy Delisle about Factory Summers and story dynamics.

• A few trips up in the Word Balloon, as John Siuntres spoke with Ed Brubaker about Destroy All Monsters, Brad Meltzer about the I am… series, Tom King about the endings of Rorschach and Strange Adventures, and Brian Buccelato about Chicken Devil.

• Brian Hibbs welcomed Ted Naifeh to Comix Experience’s Kid’s Club for October’s edition of the series, as they spoke about Witch for Hire, establishing character motivations.

Here’s the print I made for John Paul Leon’s The Winter Men Artist’s Edition https://t.co/9pKmKrMRFO pic.twitter.com/YHHwLhXp4f

That’s all for this week, back next time with more, and will emphatically not spend the intervening days freaking out about how the year’s almost over before it’s even begun. Not in the slightest.

I’ll probably post about the plan for the lettered Glaeolia 3 copies next week. Thank you all for the support with Glaeolia 3 preorders so far! It’s really going to help with that big printing bill that’s coming up! 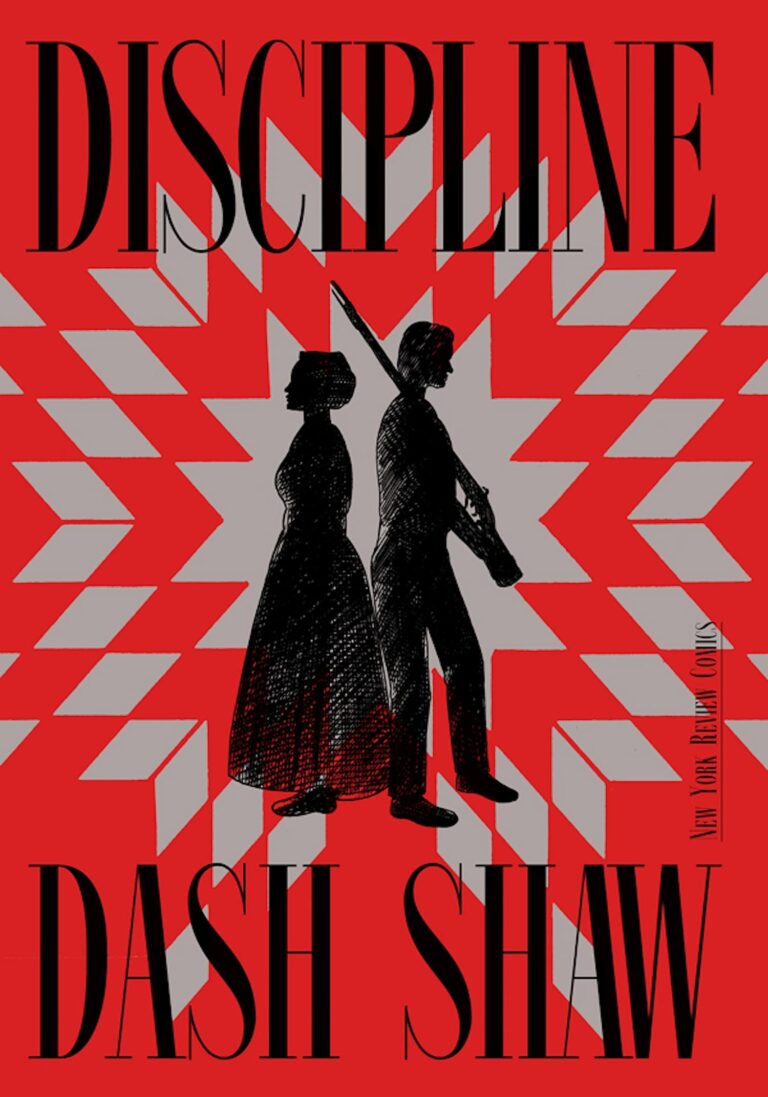 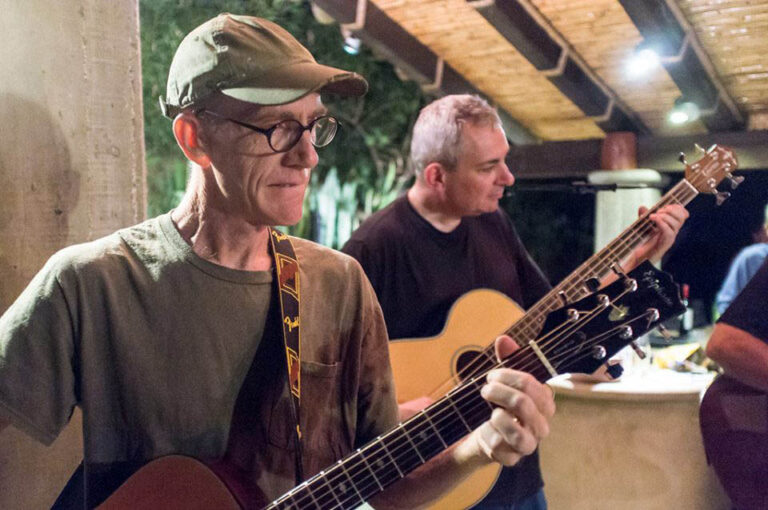 “Life Is Weird and Wild and You Never Know”: An Interview with Steve Lafler