Too many questions, and the answers are never not surprising. Prepare yourselves: these links come with a heaping side of punctuation.

• Tsugumi Ohba and Takeshi Obata have returned to their Death Note manga for a one-shot story you can read for free (!!!) at publisher Viz's site.

• Cartoonists Seth and Yoshiharu Tsuge were both recognized with special awards at the Angoulême International Comics Festival.

• At The Beat, Heidi MacDonald has more on the Angoulême festival, including a visit from the French president and some data-backed perspective on how the French value the comics art form.

• After 26 years (!), cartoonist Mike Diana is no longer a wanted man in Florida.

• Here's a preview of the next print edition of The Comics Journal, an excerpt from editor R.J. Casey's discussion with Rebecca Kirby and HTML Flowers regarding making comics about chronic illness.

• In unfortunately related news, veteran comic book inker Dexter Vines has been diagnosed with blood cancer. There is a GoFundMe to help with his treatment costs.

• This past week TCJ focused on the much-lauded Connor Willumsen book Bradley of Him, publishing an interview with Willumsen by George Elkind,  a review of the book by Matt Seneca, and a consideration of the story through the prism of white male privilege by Brian Nicholson.

• Dinesh Shamdasani, late of Valiant Comics, is launching an "experimental" new publishing venture named "Bad Idea." It will only publish print, monthly comics that will be sold at a small number of retailers. Multiversity Comics has an interview with the Bad Idea honchos.

• The Washington Post profiles Elizabeth Montague, the first black woman cartoonist to be published in The New Yorker.

...inspired by the Duck covers of Carl Barks. As a long-time Barks fan, I wanted to do something as a tip of the hat. Simple shapes and rendering in a scene of mischief. :-) pic.twitter.com/I5nCscNswF

• At The Guardian, writer Joe Hill talks about the burgeoning horror trend in popular culture, notably in comics.

• It's the FanFaire comic con at the Art & Design High School in NYC this weekend; guests include alumni Neal Adams, David Mazzucchelli and Klaus Janson.

• At The New Yorker, cartoonist David Sipress writes about how it felt having one of his drawings "appropriated" (read: stolen) by another artist.

• John Roshell, one of the Comicraft letterers, has left the company (!) to form his own.

• A bunch of original art is going up for auction, including work by Hal Foster, Floyd Gottfredson, E.C. Segar and more.

• This is pretty fascinating: Cartoonist Kayfabe compares the page-by-page differences between the same G.I. Joe story drawn by two different people — Marshall Rogers and Todd McFarlane. Both versions wound up being published for reasons you will discover in the video. (Also on Kayfabe: flipping through the Calvin & Hobbes "Artist's Editions"  and Yoshihiro Tatsumi's Black Blizzard — a 120-page book the artist drew in less than a month.)

• Supplementing the G.I. Joe video, CK posted this Alex Toth page (below left) that was also for some insane reason scuttled and redrawn by another artist before initial publication (???):

Louisiana Channel, from the Louisiana Museum of Modern Art
• Aline Kominsky-Crumb and Robert Crumb, on stage on video (!!!)

• Once, there were "Snappy Answers to Stupid Questions" cocktail napkins (!!!!!):

• DC's hotly-anticipated Adam Strange-starring Strange Adventures comic (see creator interviews above) has been switched to the "Black Label" imprint, meaning it's now intended for readers over 17.

• Michael DeForge will be on a mini-tour of Canada and America to celebrate his new book, Familiar Face.

• Comics had another big year in 2019 on Kickstarter, growing in both dollars and number of successfully-funded projects.

The Guardian
• Tian Veasna's Year of the Rabbit by Rachel Cooke

Women Write about Comics
• Another take on Adler #1, reviewed by Louis Skye, who notes that all of the creators of this female-driven story are men
• Normal, edited by Niyati Joshi, reviewed by Alenka Figa

Here's a video by ComicTropes to end our time together but to start your weekend off with a bang  — right (???) or wrong (???), that's up to you to decide. It's called "Vince Colletta: The Inker Who Ruined Jack Kirby's Art."

See you in half a fortnight! 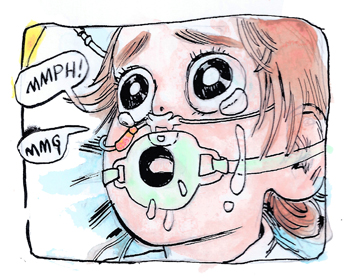 The Comics Journal #305: Excerpt from the Rebecca Kirby and HTML Flowers Conversation 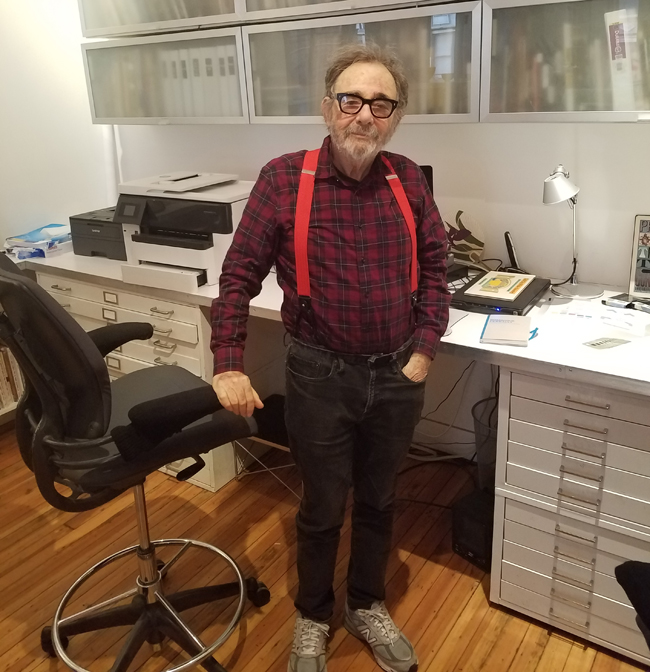