I saw gg's work for the first time in 2017 on the cover of a young adult novel that would be released in 2018. It was the first time I eagerly searched for the artist behind it so I could consume more of their work. I found her Instagram which effortlessly displays her signature pink, and bought her 2017 comic, I'm Not Here, from Koyama Press. I wanted to know more about how she makes her comics, why the quest for freedom keeps coming up in her stories and more importantly, what's up with the pink?

Ardo Omer: In your comic, Don't Leave Me Alone, there's a little girl in it who is a fan of comics, specifically the Silver Surfer which explains her interest in space. It had me wondering how you got into comics. Was it something you fell into or was it a life-long love?

gg: I've been reading comics for as long as I can remember. They were always around my house when I was little. My mom would bring home random ones that she picked up at local garage sales. To her, they were just colorful pictures to keep me entertained but I kind of learned how to read by looking at them and how to draw by copying them. I always think of comics as my first language so I'm not totally sure if it's really a "love" in that sense—just something that's a part of me like the other languages I speak.

You brought up comics being a first language for you, which I can feel in your stories especially the ones that are sparse with text. I keep returning to feelings of isolation, fear of abandonment and the desire for freedom or pushing against feeling trapped in your comics. Why are you interested in exploring those feelings/themes?

Because I don't go into my stories with a set plan or a clear guide, I don't really specifically pursue these themes. They just always naturally emerge in everything I do. Maybe because the desire for freedom is a basic universal feeling that runs through everything, whether it's something mundane and temporary like being stuck in traffic or in a more pervasive way like struggling with systemic oppression. I think the moment we enter the world, we're automatically and arbitrarily placed into natural and artificial confines. And then we continue to accumulate more confines as we grow and experience the world—some are even self-imposed like the expectations we give ourselves and the social roles we take on.

Everyone pushes up against all kinds of walls every day and it's natural to wonder how to go beyond that. I'm don't think we can ever know what's beyond the outermost walls (ie. totally free) but the struggle to get closer is fascinating to me. Isolation, escape, and abandonment (being abandoned and abandoning) can be strategies to deal with this unknowable thing, but as you can probably see in my stories, they're never really effective and often become traps themselves. I think of my work as a way to meditate on my general feelings, whatever they may be at any given time but I guess I think about these particular things a lot and that's why they come up so much.

Why pink? It’s a color you’ve used in quite a few of your comics and it’s really great in conveying those themes we’ve been talking about. It’s a great companion to the variations of black, white and grey that you work with.

There's no real significance to the use of pink other than the fact that I just like the color. It's more of an intuitive decision. When I make and design things, I try to imagine what I would like to see on my own shelf or in my own home. So the color palette usually just ends up matching or complementing my wardrobe or personal environment which tends to be very minimal with a lot of black, grey, white, and desaturated and pale rose tones.

That's interesting! Your comics really do become an extension of yourself from a visual standpoint. I read Emergency Contact, a young adult novel by Mary H.K. Choi that'll be out this month, and I can see how you would be a great choice as the cover artist for that story. A major reason why I decided to pick up the book was because of your cover which also led me to read your comic, I'm Not Here, from Koyama Press. How did that cover opportunity come about?

I'm happy that you liked the cover for Emergency Contact and that it's working to attract people to the book! The art director at Simon & Schuster, Lizzy Bromley, saw my Instagram (I think?) and liked my style so she emailed me to see if I would be interested in working on it. Haha, sorry, I feel like my answers are so boring and uneventful but that's really all that happened. I don't actively seek out freelance work. People and/or companies will just sometimes contact me about doing something and I'll take the ones I'm interested in if I have the time or if it's something that I really want to work on. The book sounded good when Lizzy pitched it to me and then I read the manuscript and got a pretty clear picture of the cover in my mind.

What about it made you go, "Yes. I want to do this"? and generally, what makes a project interesting to you when it's not your own work?

I usually consider whether it's something I myself would want to read, buy etc. I feel like doing these kinds of commissioned projects is like giving an endorsement in a way (not that my endorsement is really worth anything) so I'll only take projects that I have strong feelings about and would be to happy to be associated with. Since this was Mary's first novel, I wasn't familiar with her writing. But the book synopsis sounded good and I did a quick google search of her name and read some of her essays which I liked so I just trusted Lizzy's judgment in pairing my art with the story.

Sometimes I'll also take things because it's an area that I'm interested in learning more about. Even if they aren't my own projects, I still try to approach everything as research for my own work at the end of the day. I think finding that personal resonance with outside projects is the only way to keep those projects interesting for myself and to make the work better.

You mentioned the themes in your comics are just things you naturally arrive at and I wondered what works or people inspire you? Whether it's in style or how you approach storytelling.

I always have a tough time answering this question even though I'm expecting it every time! I usually just point to magical realism authors like Haruki Murakami or Banana Yoshimoto and the French New Wave (specifically Godard) as the type of things that get me thinking the most about storytelling. I feel like both of these things are always challenging me to think about story content and form in different ways. If I'm stuck on something, I like to look at really meditative works like poems by Mary Oliver or films by Robert Bresson or Yasujirō Ozu.

Haha. I think those are great sources of inspiration because they’re different. Meditative poems aren’t something I often hear cited as influencing someone’s comics. What’s your process like when tackling something like I’m Not Here? Give me the five senses breakdown. Maybe not all five play a role but was there consistent sounds, for example, that were a presence during the process? Of course, I’d also love to know about the tools you use. Are you a paper person first then move to digital or do you digital from start to end?

For I'm Not Here, it was all done digitally with my Cintiq. I don't write scripts, I just start drawing images that come to mind and try to connect them. Working digitally lets me move things around easily as the story forms. I'm not sure if I can break it down into the five senses. I just work in total silence and isolated from everything but my thoughts. I think part of my process is trying to experience the scenes in my mind as I'm drawing them so having any external stimuli will throw that off. Like if I smell something baking while I'm dreaming, it's going to enter and affect the dream.

I guess the earliest stage of a project is just me laying in bed having waking dreams about what the story is or can be. I only recently just started drawing on paper again and it's been both enjoyable and frustrating at times. I've been trying to find a method of working on paper that complements the way I construct my stories the way digital seems to but I haven't hit on anything yet.

I used to daydream a lot and now I'm getting back into the habit to help with plotting out stories so I understand the distraction of "external stimuli". I assume you also avoid reading other works while you create as well or is that different? Is there something you're really enjoying right now whether it's other comics or other art that either stimulates your creativity or fascinates you in other ways?

No, I'm usually consuming stuff all the time but when I'm working, I just tune it all out. I have to admit that I don't read very many comics. The last ones I read were Cole Closser's Black Rat and Marie Kondo's A Life Changing Manga of Tidying Up. Haha, pretty random. I enjoyed both but for totally different reasons since they are almost polar opposites in terms of what a "comic" is.

What are you working on next?

I'm working on my next book! It's still in the "dreaming" phase right now so no concrete details yet. As I hinted at before, I've been experimenting more with drawing on paper and that may play a role in the book. I don't know. It's too early to tell. If anyone is interested in that paper work, I started a monthly subscription based email zine newsletter thing in January called REALIZE. It's where I've been including some of those drawings along with writings about my process of developing the book, and also thoughts about things I've been looking at and enjoying throughout each month. I'm hoping to start materializing the story within the next month or so. Fingers crossed! 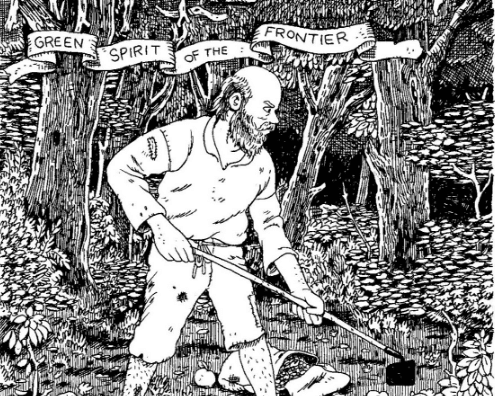 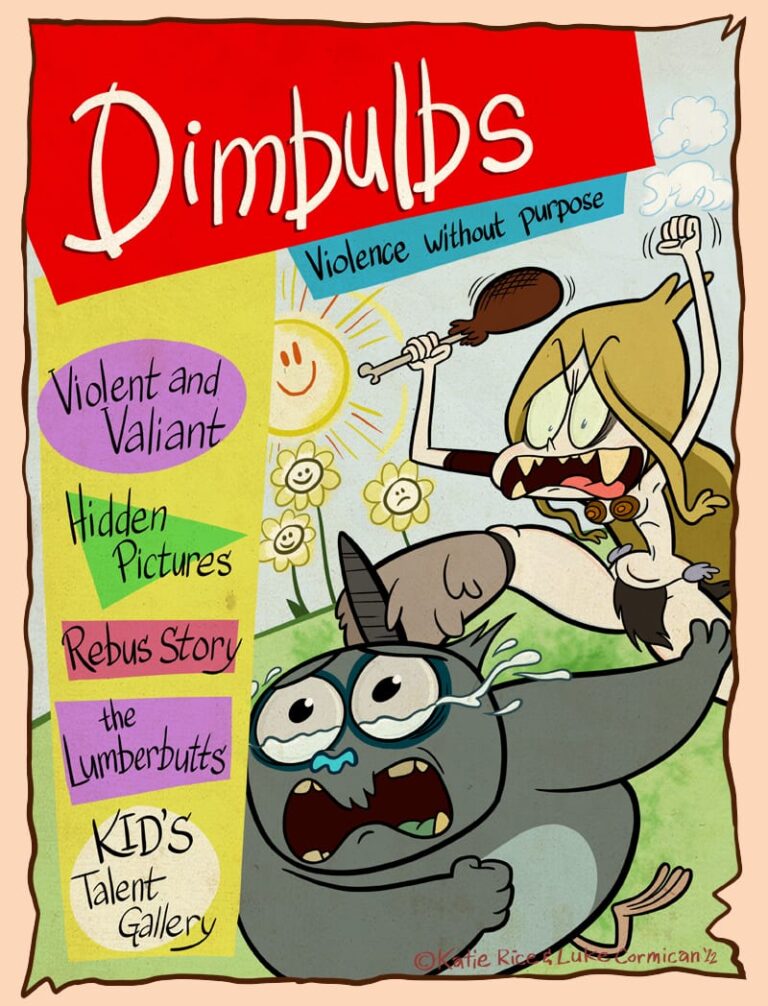