Just a few months after the Comics Code met its less than grisly fate, the U.S. Supreme Court cited the anti-comics crusade of the 1950s as an example of misguided censorship. The Court's citation of the Comic Book Legal Defense Fund in its decision to strike down a statute banning violent video games was a signal moment in the history of the organization and the wider comics community, as the country's highest legal authority acknowledged that the movement giving rise to the Comics Code was a historic mistake.

But the victory was far from complete. The regulation of content has not stopped--it has adapted, and this Supreme Court opinion illustrates why the death of the Comics Code just may be its greatest victory.

The CBLDF vs. the CMAA

One aspect of the Supreme Court's video game ruling that stands out is that the CBLDF--the organization whose brief the Court cited for its defense of the comics industry--is a charity. In the 1950s, when lawmakers threatened to regulate and even to ban comics, the industry created a trade association to ward off the forces of censorship. Today, the CBLDF--the leader in defending comic creators, publishers, readers and retailers against attempts to censor content--is an entity expressly organized to serve a public purpose.

It's a subtle but significant shift. Look carefully at the comics community and you'll see that the work traditionally done by such industry groups as trade associations or unions--legal guidance and advocacy, collective business promotion, provision for the needs of employees--is now performed by a network of charities and commercial companies that aren't themselves publishers. The San Diego Comic-Con is a charity, but it functions in many ways like a trade show. The Hero Initiative cares for creators in need, while comic and cartoon museums highlight the value of characters, creators and companies. Reed, a for-profit venture, brings together nonprofits and comics-themed businesses in a commercial con. Each of these--and any number of other groups--promotes the comics industry, but the industry itself lacks the sort of collective voice that we continue to see in film, television and music.

The main reason for the withering away of the trade association is that the traditional comics industry no longer exists. The mainstays of the CMAA have become platform-agnostic. Instead of maintaining a commitment to comics as a medium, the post-comics industry has evolved into a network of IP farms that have internalized content regulation as an integral part of brand management. An industry code has become corporate social responsibility--not paternalistic rules imposed by external industry police but an organic extension of each brand's defining values.

Having lost its gravitational center, comics as an discrete industry is instead spinning out into a network of niche groups, from small and medium-sized businesses to charities and thematic gatherings. At this more granular level, comics are not so much a locked-in loss leader as a way of making a living, being entertained or finding personal meaning. It's an environment conducive to redefining once popular entertainment as a charitable venture--when something becomes small or old, our perception of it changes, much as opera, Lawrence Welk and Fleetwood Mac went from mass market commodities to PBS.

From one angle, of course, this can be seen as a positive development. After all, the CBLDF has emerged as a widely respected protector of the interests of the comics medium from those who would censor nonconformist content, just as charitable comic conventions can engage fans and promote relatively small comics companies while leveraging the cross-platform PR machine. We even see the same process of filiation within the charitable realm--as TCJ's Rob Clough astutely observed in private correspondence, charity-driven gatherings that began with a distinctly alt-comics identity, such as MoCCA Fest, are now spawning their own local, ostensibly more independent spin-offs.

Yet from the perspective of those who now control the leading brands of the companies that once maintained the Comics Code, the fight against content regulation--particularly under the name of censorship--is as archaic as the comic industry itself. The CBLDF can have its day in court, because Wertham and the Comics Code are relics of a less strategic past.

In explaining that the First Amendment protected the freedom of speech, the Court specifically noted that obscenity is a well-established exception to this rule. The problem with banning violence is that it wasn't banned a long time ago; however, censoring graphic depictions of sex is a time-honored tradition and thus fair game.

Consider, for example, the following excerpts:

The most basic of those principles is this: “[A]s a general matter, . . . government has no power to restrict expression because of its message, its ideas, its subject matter, or its content.” There are of course exceptions. “‘From 1791 to the present,’ . . . the First Amendment has ‘permitted restrictions upon the content of speech in a few limited areas,’ and has never ‘include[d] a freedom to disregard these traditional limitations.’” These limited areas—such as obscenity, incitement, and fighting words represent “well-defined and narrowly limited classes of speech, the prevention and punishment of which have never been thought to raise any Constitutional problem."

Last Term, in Stevens, we held that new categories of unprotected speech may not be added to the list by a legislature that concludes certain speech is too harmful to be tolerated. . . .

As in Stevens, California has tried to make violent-speech regulation look like obscenity regulation by appending a saving clause required for the latter. That does not suffice. Our cases have been clear that the obscenity exception to the First Amendment does not cover whatever a legislature finds shocking, but only depictions of “sexual conduct.”

What this means for anti-censorship groups is that they may have won the battle for the 1950s, but they have already lost today's war. Whether comic books, manga or mere text, content deemed obscene does not fall within the scope of speech protected by the First Amendment. Inasmuch as protecting obscene content--especially obscene content associated with children--is inconsistent with core brand values, the companies that once made up the industry's trade association will not seriously support the anti-censorship fight, outside perhaps allowing certain executives and creators to support the general cause so as to make the conglomerate seem less corporate. In this context, anti-censorship charities perform a role similar to that of the Red Cross--even if they cannot win the culture war, at least they can help minimize the damage. 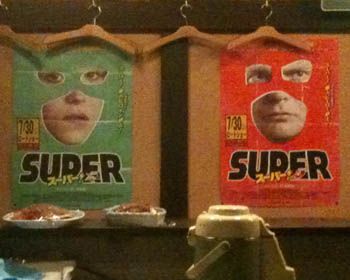 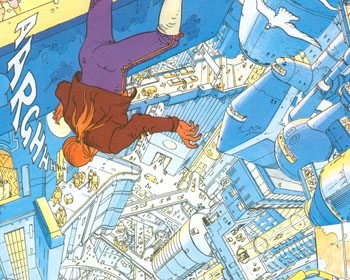