Today on the site I'm thrilled to have  Eric Reynolds' selections, with his own commentary, from Kaz's Underworld: From Hoboken to Hollywood, which Eric edited. Catch Kaz this Friday at Desert Island, Brooklyn.

A number of prominent French publishers are demanding that the Angouleme Festival reform itself or they will not attend in 2017. I hope the Festival hears them.

This lengthy article about Stan Lee's "legacy" does some good deep diving into the fairly pathetic performance of the last ten years or so of Lee's properties. It's one of those "icon in twilight" type pieces, and goes into the Kirby/Ditko/Lee arguments. There's no way to satisfy anyone when writing about the credit issue (or even mentioning Kirby in passing), but I do think Kirby's basic position is misstated by ignoring the arguments he made beginning in the late 1960s in favor of focusing on his final TCJ interview, and ignoring comments Lee made in the 1960s attributing credit to Ditko and Lee. And Ditko is basically dismissed as an old crank, which is pushing it. Then there was this buff nug about TCJ's legendary issue devoted to Lee: "The irony was bittersweet: Lee had long campaigned to have comics be treated seriously as high art, and the Journal’s high-minded writing was proof that he’d been successful; but the generation of fans who saw comics as a legitimate medium also thought of him as a childish relic." I KNEW it was Lee all along. Gary Groth better revise that historical narrative pronto. Basically I'm saying it was poorly researched, and I'm (still) tired of the "he's only human and golly he's sweet" thing. I am all for empathy and not demonizing the guy, but a little bit of accountability is not too much to ask for. But then again, this feature was written by a guy who published a multi-thousand word Deadpool article, so... grain of salt and/or fanboy alert.

In better news, Takashi Nemoto is involved in some kind of amazing album cover painting project, and the long-awaited new Dean Cornwell book is now available. I've recently come back to Dean Cornwell, and loving his sense of composition and the deco forms he used to construct figures and spaces. Growing up in the 1980s, you had to know about Cornwell and Franklin Booth and Leyendecker -- it was part of loving The Studio and Neal Adams.

Finally, here's a cool interview with Joe Dante about a film he planned and never made about the classic Warner Bros. animators. 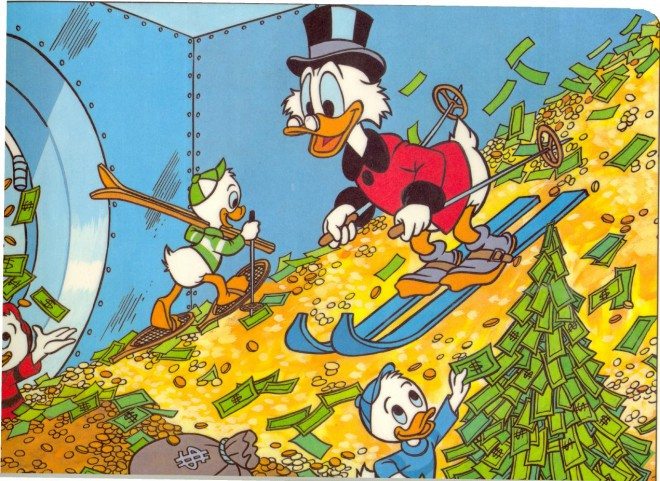 The Economics of Comics: How Money Influenced the Art