Sometimes the news stories for This Week’s Links, a fresh selection of which you can find below, are disparate things, clear evidence of a random uncaring universe, and then sometimes they knit together, like a grand cosmic tapestry that must have an unknowable weaver’s hand guiding them to one another.

All I’m saying is that I can’t tell you not to invest in something, but I can recommend that you invest in a corkboard, some thumbtacks, red string, note cards, and marker pens, and come through the looking glass with me trying to find those connections wherever they may occur.

I don't have your money here. It's in Bill's house… This week’s news.

• Koyama Provides and Georgia Webber are offering four mentorships to emerging disabled comics creators, running during the month of August, with a value of $250, with applications open until July 25th.

• Showing a wild disregard for the example set by the nineties collector boom and crash, investment firm Blackstone, that comicbook.com notes has been censured in the past by the United Nations, has acquired a majority stake in the Certified Collectibles Group, presumably spurred on by recent spikes in collectibles sales across the board, because surely lightning can’t strike twice, right? In the meantime, I think I’ll take a big sip of water and then check on how the NFT market is doing right now.

• Meanwhile, ICv2 reports on record setting manga sales in North America last year, as purchases of print manga in 2020 surpassed the previous highest sales figures, set in 2007, with annual revenue of close to $250 million, while a variety of factors are now contributing to ongoing manga shortages for retailers across channels in 2021.

• The Guardian reports on the doxxing of the editor of Spanish satirical magazine El Jueves, after the publication printed cartoons mocking the leadership of far-right political party Vox - the magazine’s official twitter account commented on Vox’s intimidation tactics with “And now to show that we are not from the extreme right we are going to do exactly the same thing that other extreme right groups have done before."

• The Beat flags up yet another hire for the Tapas editorial ranks, as Chris Robinson, formerly of Marvel Comics and Z2, will take on the role of Exclusives Partnership Manager for the mobile content platform; and Heidi MacDonald also breaks down IDW Media’s recent Initial Public Offering of $8 million, and provides context for the move from the company’s recent sales reports.

• Brad Mackay reviews the scruffy humanity of Joe Ollmann’s Fictional Father - “According to Ollmann, he always envisioned the book in color and used transparent primary-colored inks and a color wheel to help him achieve his vision. The results are revelatory and refreshing, with Ollmann bringing new texture to his art and new life to his world-worn characters. After all, nothing is ever black-and-white in Ollmann’s stories anyway, right?”

• Marc Sobel reviews the compelling depravity of Gilbert Hernandez’ Hypnotwist / Scarlet By Starlight - “While his figures and compositions have simplified over the years, he’s lost none of his creative potency. Rather, his minimalist panels are designed to be absorbed quickly, moving readers along like an actual silent film. Throughout [Hypnotwist], Gilbert’s quietly phantasmagoric drawings pull off one dazzling high-wire act after another, maintaining that essential balance between wonder and disgust.”

- The clever poetry of Ray Fawkes’ One Line.

- The extraordinary insight of Douglas Wolk’s All of the Marvels: A Journey to the Ends of the Biggest Story Ever Told.

The sound of inevitability… This week’s interviews.

Michael O’Connell interviews Bruce Canwell about the Library of American Comics, comics history history, comics’ place in the cultural fabric of America, and presenting historical work to readers in the 21st century - “I still believe there are a strong number of comics readers in the younger set, they're just coming at it with things like Dog Man or Diary of a Wimpy Kid. And as they grow older, things like Lumberjanes and other things that are available out there for the younger set. I like to think a number of those people as they grow older will stay interested in comics. Their tastes will mature, and they'll be looking around for other things in comics that will match their growing maturity as readers.”

David Brooke speaks with Mirka Andolfo about Sweet Paprika, the project’s various forms, balancing creative elements, and paying off a debt to manga.

• Avery Kaplan interviews Lauren Tarshis and Corey Egbert about I Survived: The Attacks of September 11, 2001, the relatable nature of historical fiction, the difficulty of depicting the recent past, and getting the details right.

Andrew Neal talks to Peter Gallagher about Heathcliff, comics apprenticeships, the inherent cool of pencils, getting into teaching, and comic strip favourites.

Anthony Breznican interviews Marc Bernadin about Adora and the Distance, focusing in on the interesting person in the narrative, and simpatico artistic collaborations.

Mitch Wertlieb speaks with Julia Doucet and Marek Bennett about El Viaje Mas Caro (The Most Costly Journey), the empowerment of telling and reading stories, and collaborations bringing about new storytelling and cultural perspectives.

The Execution of The Saint of Knots and Welts by the Heretics of the Frayed pic.twitter.com/vJaE8KDi0u

Proof in the pudding… This week’s features and comics.

• Here at TCJ, RC Harvey has prepared a fresh dose of Hare Tonic, this time around looking at the life and work of Vaughn ‘Shoes’ Shoemaker, and the murky history of the editoon mainstay of ‘John Q. Public’ - “Shoemaker was known around the office as a “gospel cartoonist.” And it was no joke: he was a devout Christian who wasn’t at all timid about expressing his faith, often in his editoons, particularly on the occasions of religious holidays. He wrote a (20 4x6-inch pages) booklet entitled God Guides My Pen. The divine guidance, according to Shoes, began with the big break he got at the Daily News when three of the staff cartoonists left all in one week.”

• Also for TCJ, Tegan O’Neil presents part 2 of a trilogy of essays on DC Comics’ Knightfall, this time around looking at the reset button being pressed on the Bat-family, and the editing prowess of Denny O’Neil - “Both the Batman and Superman lines experienced significant renaissance periods beginning roughly after Crisis on Infinite Earths and through to the late 90s, by which time incessant recourse to crossovers had dimmed the era’s early blush. The cause was a simultaneous change in editorships: O’Neil and Mike Carlin jumped ship from Marvel in 1986, O’Neil to the Bat-office and Carlin to the Superman books, with the explicit mandate of updating the characters to fit the times.”

• Over at Art in America, Dan Nadel writes on the career of Shary Flenniken, her path through the American comix scene in the 70s and 80s, and the social history contained in the panels of Trots and Bonnie.

• For Mindless Ones, Illogical Volume continues a look back at Jaime Hernandez’ Love and Rockets comics, with pieces on when Hernandez’ wrestling stories work (and don’t), and the elements that make The Death of Speedy sing.

• Also with a wrestling perspective, at Shelfdust, Steve Morris considers how you extricate Monica Rambeau from the shadow of NextWave now hanging over the character; the Secret Invasion invasion continues as Ritesh Babu examines Brian M. Bendis' apparent love of white imperialism; and Adam Karenina Sherif continues the Black Comics History series with a piece on Christopher Priest’s writing in Daredevil #246, and the confounding contradictions present in Priest’s stories in the superhero genre.

• For Broken Frontier, Gareth Hopkins details his process for researching, pyrographing, and embroidering The Dancing Plague.

• Over at Women Write About Comics, Zoe Tunnell explores the stories of Marvel Comics’ Angela and Sera, and the joys inherent in seeing aspects of yourself in superheroes.

• On the open-access academia front, for Image [&] Narrative, Natalie J. Swain writes on what Catallus’ use of ekphrasis in “the description of a bedspread which depicts the abandonment of Ariadne by Theseus and her eventual marriage to Bacchus” midway through poem 64 has in common with the presentation of temporal progression in the comics form.

• Mike Peterson rounds up the political beat for The Daily Cartoonist, as Rumsfeld’s legacy is examined, some criticism of the current occupant of the White House smacks of plagiarism, there are too many crises to choose from, and history is doomed to repeat itself.

• 1990. Comics are about to be shaken to their very core. First though? Wolverine’s got scores to settle.

You want to make a Yaz record… This week’s audio/visual delights.

• Katie Skelly and Sally Madden were discussing the Thick Lines of Yeong-shin Ma’s Moms, checking whether the book is a comedy, evolving depictions of modern technology, and the best place to put a fight in your story.

• Aug Stone welcomed Brecht Evens to the ETC Podcast, as they discussed The City of Belgium, discovering the character (and setting) that fits the story, and finding the perfect party spaces in dreams.

• A return to House to Astonish this week, as Al Kennedy and Paul O’Brien dipped into various goings on in the periodicals market, more Secret Invasion encroachment, and some Crusader and Freedom Ring chat.

• A few trips up in the Word Balloon with John Siuntres, as he was joined by Pat Mills to talk about SpaceWarp, Karl Kerschl to discuss The Abominable Charles Christopher, and Steve Orlando for a Commanders in Crisis check-in.

• Another varied week over at Cartoonist Kayfabe, as Jim Rugg, Ed Piskor, and Tom Scioli were dipping into the work of Paul Pope, Michael Golden, Frank Miller and Lynn Varley, Richard Corben, and Jack Kirby plus some not Jack Kirby but still in celebration of the King.

• David Brothers hosted this week’s episode of Mangasplaining, as the team discussed the fairly recent translation of Hikaru Nakamura’s Saint Young Men, the religious humour found within it, and artistic improvements. (This episode has a content warning for residential school trauma.)

• David Harper welcomed Karl Kerschl to Off Panel this week, as they discussed The Abominable Charles Christopher, pandemic changes, online comics, and crowdfunding.

• Publisher’s Weekly’s More to Come looked at the records being set in the comics markets at the moment, as Calvin Reid, Heidi MacDonald, and Kate Fitzsimons discuss the big recent stories in the industry.

• Gil Roth welcomed Weng Pixin to the Virtual Memories Show this week, as they discussed Let’s Not Talk Anymore, family history and cultural challenges, and artistic inspirations and educations.

ahhh here's a nice little vid of some choice bits of me & @radiatoryang's new game We Dwell In Possibility. free to play! in your browser! https://t.co/Ngd2n6fJE6 #MIF21 pic.twitter.com/5sFSe80F9p

That’s it for this week, back again soon with more - I’d say follow the money, but it all seems to lead back to manga and Pokémon cards, and 13 year old me could have told you that decades ago.

i drew a dog eating a cop to cheer myself up pic.twitter.com/0KnLeKsqUm 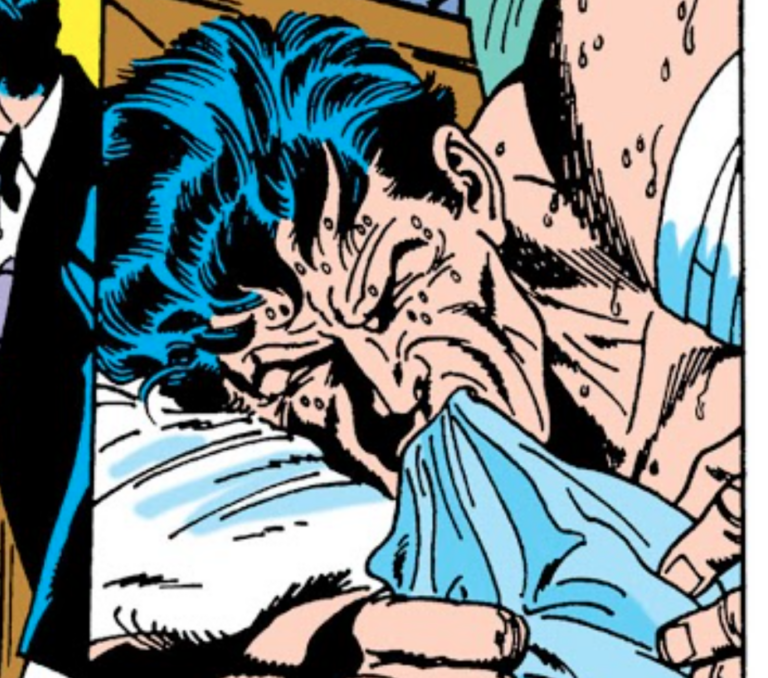 The Light That You Shine Can Be Seen – Part 2 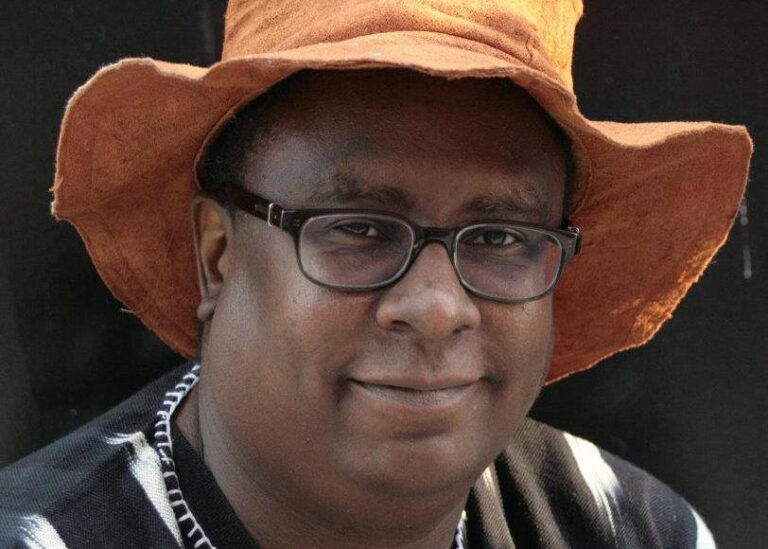 “Systemic Change Is What Really Matters”: An Interview with Bill Campbell