Is Burns Night to blame for a sudden rapid increase in my household’s consumption of haggis and whisky, or is it a sign of an ongoing consumer trend that will last throughout 2022? Only time will tell. While we wait to find out, please find a selection of This Week’s Links, below, for your enjoyment.

Stop and smell the flowers. 🌻💀 pic.twitter.com/0yAeiHEXla

• Kicking the week off with tech startup news, as a report was released by the Center for Countering Digital Hate stating that content hosting platform Substack is generating a minimum of $2.5 million per annum for writers in the anti-vaccine misinformation movement, with the platform's co-founders re-iterating their adherence to a "hands-off" approach to moderating content, maintaining the status quo established when criticisms relating to the hosting of transphobic writers were raised previously - Substack is less than six months into 'betting on comics creators'.

• Elsewhere, following Kickstarter’s announcement that it would be incorporating the blockchain into its platform in the foreseeable future, and resulting disquiet from creators who previously have used the site to finance their projects, online marketplace TopatoCo revealed the launch of TopatoGO, a crowdfunding platform that incorporates the services of logistics facilitation company Make That Thing! - CEO Jeffrey Rowland stated that “We've been doing this long enough that we figure it's time to cut out the middleman and make it easier on everyone involved by doing it all ourselves.”

• As record numbers of attempts to ban books from schools and libraries across the US continue to be reported by the American Library Association, Tennessee’s McMinn County School Board announced that it would be banning Art Spiegelman’s Maus in classrooms, removing it from the curriculum for “rough, objectionable language” and a depiction of nudity, with Spiegelman quoted as being “kind of baffled” by the move.

• The big personnel change news of the week came courtesy of DC Comics, as Daniel Cherry III stepped down from the role of the publisher’s General Manager, replaced by DC’s former Senior Vice President of Global Brands and Franchises, Anne Leung DePies.

• SPX announced that September 2022 will see a return to the show’s in-person eventing, as an exhibitor table lottery opens on March 20th, COVID safety protocols to follow, with the now classic audience call-and-response of “SARS-COv-2 variants permitting” // “of course” ringing out, loud and true.

• Publisher’s Weekly shared the announcement that HarperCollins will be publisher of The Smurfs in the US and Canada, having made a deal with Belgian licensor IMPS, with HarperCollins representatives sadly not quoted as saying that this was “smurfing exciting news.”

• Finally this week, in memoriam, as Le Monde reported on the death of Jean-Claude Mézières, co-creator of Valérian et Laureline, aged 83 - Europe Comics shared an English-language tribute from publisher Dargaud, which highlighted Mézières’ avid love of travel, and role of mentor to other artists.

Running up that hill… This week’s reviews.

Greg Hunter reviews the valuable assets of Firefly Books’ Graphic Witness: Five Wordless Graphic Novels, edited by George A. Walker - “To the extent readers find a history of the graphic novel in Walker’s preface, it is a history unwilling to recognize that the graphic novel was built upon “comic books” too. Giving Masereel the status of graphic-novel granddaddy requires a flattened version of comics history, and as such, it does Masereel and the book’s other artists (or its readers) no favors.”

• Colin Moon reviews the positive fulfillment of Hope Larson’s All My Friends.

Scott Cederlund has capsule reviews of the disorienting mystery of Matthew Rosenberg and Tyler Boss' What's The Furthest Place From Here #3, and the wonderful expressiveness of Stan Sakai's Usagi Yojimbo #25.

- The refreshing complexity of Uta Frith, Chris Frith, Alex Frith, and Daniel Locke’s Two Heads: A Graphic Exploration of How Our Brains Work with Other Brains.

- The hopeful chaos of Lynda Barry’s Come Over Come Over.

- The snappy adventure of Chip Zdarsky and Jason Loo’s The All-Nighter.

Whys and wherefores… This week’s interviews.

Ian Thomas interviews Sean Phillips about comics origin stories, changing techniques, creative collaborations, and crime fiction favourites - “I’ve barely done any illustration outside of comics, and the two album covers I painted in 1990 unfortunately didn’t lead to any more illustration work for decades. I’ve never sought out illustration work, and had no idea how to go about it anyway. The designer of the Stereo MC’s album, Trevor Jackson, specifically wanted a comic book artist to illustrate the cover, and when Brendan McCarthy didn’t return his call, I got the job instead. But yeah, LPs were on the way out then along with a lot of other avenues for traditional illustration. Comics kept me very busy and were my first love anyway.”

Ollie Barder speaks with Yoshikazu Yasuhiko about manga origins in rural Hokkaido, animation pathways to becoming a mangaka, and the road to Gundam the Origin.

Present an interview with Jerry Scott and Rick Kirkman about Baby Blues, parenting realities, presenting life on the page, and reader engagement.

Sam Jones talks to Raulowksy about Camarón, Dicen De Mí, flamenco and the life of Camarón de la Isla, the singer’s tragic end, and the death of the book’s writer Carlos Reymán.

JK Parkin talks to Ryan Claytor about A Hunter’s Tale, family history behind the story, the community of crowdfunding, and future plans.

• Mike Avila talks to Todd McFarlane about The Scorched, hesitations with team books, gaps in the Spawn mythos, and placing characters out of their comfort zones.

A forest… This week’s features and longreads.

• Here at TCJ, RC Harvey prepares a fresh dose of Hare Tonic, looking at Alfonso Zapico’s James Joyce: Portrait of a Dubliner, the life of the Irish novelist, and the art of graphic biography in general - “For the biographer, then, the trick is to pick episodes from the subject’s life— episodes that reveal the personality of the subject or that show some significant aspect of his history. These should be rendered in comic strip form and then sprinkled judiciously throughout the otherwise merely captioned narrative. This procedure will inject life into the biography.”

• Also for TCJ, Carlo Vanstiphout writes on the work of Toyokazu Matsunaga, and the process of translating Matsunaga’s webcomic PaperaQ, as well as where such works sit in the contemporary spectrum of popular culture, with comment on the English translation from Matsunaga - “A large part of creating is not over-thinking things, and PaperaQ is a rear window into the mind of an author who is slowly regaining his self-confidence as he finds meaning in not just the process, but also by extension the story he wants to tell. When I asked Matsunaga what the title "PaperaQ" stood for, he said it was "just some made up word from my childhood that got stuck in my head." It's an answer that embodies how much of an unguided missile it may seem at first, which will no doubt turn most people off for good.”

• Capturing the peaks and troughs of 2021’s retail market, The Beat sees Jason Mojica sharing the experience of establishing an all-ages comics shop during the plague year(s), while SKTCHD has a (non-paywalled) retail landscape survey from David Harper seeing how the bricks-and-mortar crowd fared during protracted distribution and supply chaos.

• For Shelfdust, Adrienne Resha writes on the restrictions of a white Orientalist narrative framework for One Thousand and One Nights, as put forth in Neil Gaiman and P. Craig Russell’s Sandman #50, and the dreams of what might have been.

• Over at NeoText Reviews, Chloe Maveal writes in celebration of the work of Trevor von Eeden and the truncated runs in which it was showcased, and examines the depictions of pure obsessional obsessive-compulsive disorder in Glyn Dillon’s The Nao of Brown.

• Jeet Heer has a new post, over at The Time of Monsters, regarding the recent removal of Maus from school curricula in Tennesee, cross-examining the reasoning put forth by the board members behind the decision.

• For Solrad, Angela M. Sánchez explores the representation of Mesoamerica in comics in 2021, which also marked the 500th anniversary of the fall of Tenochtitlan and its sister city Tlatelolco.

• Jason Diamond writes for GQ on the return of the cartoonist fashion influencer, as illustrated lookbooks on social media help shape a post-pandemic return to everyday Fashion.

• Over at Sequart, Joe Muszynski’s Thor ‘77-’78 series returns, excerpted from Everything I Needed to Know about Life (I Learned from Marvel Comics), this time out looking at the theological relationships to be found in The Mighty Thor.

• Mike Peterson rounds up the editorial beat for The Daily Cartoonist as the headlines were dominated by escalating international tensions with Russia, as well as some Wordle and cryptocurrency #content, as a treat.

Such sights to show you… This week’s audio/visual delights.

• Comic Books continue to be Burning in Hell, and this week Chris Mautner, Joe McCulloch, Matt Seneca, and Tucker Stone took a brief detour into the world of Ninjak, before arriving at the main event for another trip into the works of Yoshiharu Tsuge’s Red Flowers, and personal favourite stories contained therein.

• Deb Aoki hosted this week’s episode of Mangasplaining, as the team looked at another new collection of some classic manga, with the 50th Anniversary omnibus edition of Shotaro Ishinomori’s Kamen Rider, and its visceral scenes of motorbike-based action, with the always extensive show notes to follow this time around.

• Britain’s most weekly comics podcast, SILENCE!, returned this week, as Gary Lactus and The Beast Must Die caught up post-Christmas with a round-up of graphicked novels and comics they have read recently, both small press and big press and all types of presses in between.

• Like sand through the hourglass, Cartoonist Kayfabe returned with more looks at comics you may wish to see the insides of, including Peter Gillis and Ron Wilson on What If The Hulk--Went Berserk, Grant Morrison X Greg Capullo on Spawn, some more Stan Lee deposition, Dan Clowes’ Modern Cartoonist zine, and Sam Kieth’s Wolverine Hulk, plus a celebration of Image Comics’ 30th Anniversary with Youngblood #1, as well as a shoot interview with John Romita Jr.

• Comic-Con International presented some new panel talks in their educational strand of videos, including discussions on diversifying the concept of heroism in comics, and comics as a helpful means of learning and communication for neurodiverse readers.

• Brian Hibbs convened a couple of Comix Experience book club meetings, welcoming Greg Rucka to talk about Whiteout and other comics projects for January’s Masterpiece Selection, and with John Agee about Otto: A Palindrama and avoiding cultural appropriation.

• A couple of trips up in the Word Balloon with John Siuntres, as Kelly Sue DeConnick and Phil Jimenez joined proceedings to talk about the collaborative process behind Wonder Woman Historia, and Stephen Mooney to chat about Half Past Danger and the return of The Rocketeer.

• Closing out this edition with Publisher’s Weekly’s More to Come, as Calvin Reid, Heidi MacDonald, and Kate Fitzsimons discussed the big recent comics stories, including personnel changes, Shark Tanks, and, of course, publishers throwing their lot in with NFTs.

That’s it for this week, back soon with more, because what is life without links? 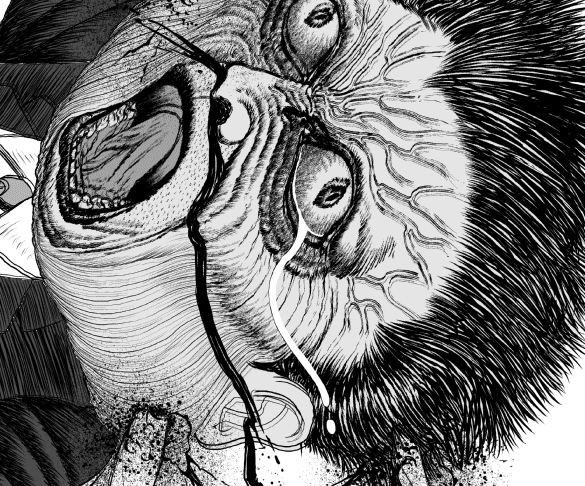 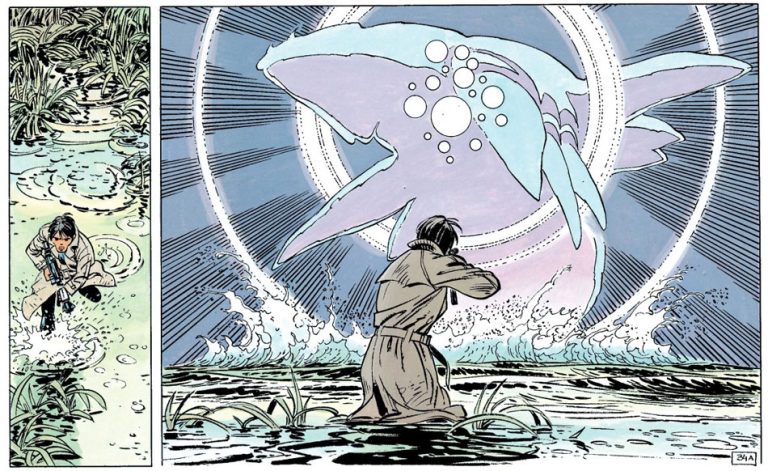