Today on the site, we bring you R.O. Blechman's speech from the opening of his retrospective at the Norman Rockwell Museum. Here's how it starts:

If anybody had told me back in the 1940s that there would be a museum dedicated to Norman Rockwell, I would have thought it was a joke. A museum for a Saturday Evening Post illustrator? Impossible. And me in that museum? Sheer fantasy.

In 1947 I was graduating high school. For the Senior play I was cast as somebody called Alfred. I had only one line in the play. When an actor very proudly showed me a painting he had just done, I said— and here comes my line: “Gosh, that’s almost as good as a Norman Rockwell.” That brought down the house. And no wonder. Norman Rockwell was not considered a serious painter. As The New York Times once asked—this in a headline-- was he “a painter,” or “merely an illustrator”? That question answered itself.

—Interviews. Michael DeForge talks to Open Book Toronto. Peter Bagge talks to CBR. Mike Diana talks to the Miami New Times (via). And I'm pretty sure I posted this before, but I can't find it now, and someone e-mailed it to me: Paul Pope in his studio: 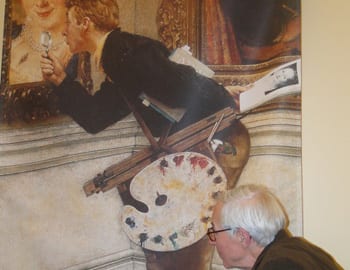 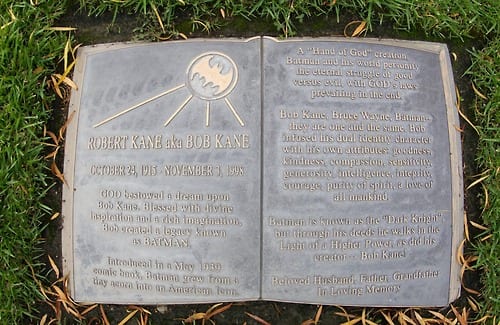 A “Hand of God” Creation