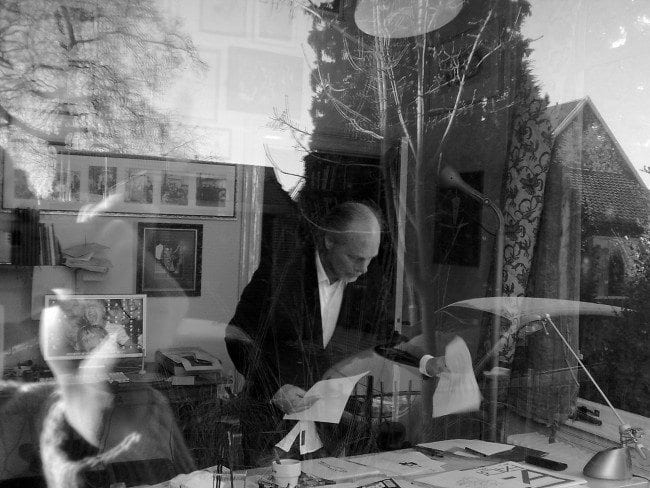 “I need one line, maybe two. Then I’m in good shape. And if I need more, I’m a little out of it (laughs)” Dutch artist Hanco Kolk is recalling our first meeting at the 2014 Angoulême festival. We were sitting in the Nederlander basement workshop with Kolk showing me, utterly taken with his posters I had seen around town, a very alluring and sparse sketch of a lady, his specialty. But one which he ultimately rejected as "having too many lines." There were five.

It was a fateful 1985 trip to New York City with long-time collaborator Peter de Wit that would push Kolk to pursue the fluid and the few. “We were sent by Eppo magazine to visit Harvey Kurtzman and Mort Walker. Kurtzman was my hero. His composition is so effective. When he did the layouts for other artists, he’s already telling the story, and moving it forward, by the composition. I have two Little Annie Fanny sketches he did for Will Elder. I love Will Elder, he’s fantastic. But he needs a lot of lines to make his point and Kurtzman only needed a couple.”

“So we were at a great secondhand bookshop by Pier 7 and Peter hands me Al Hirschfeld’s Show Business Is No Business. And I said, ‘Woah, I’ve never seen this before!’ I immediately fell in love with his lines, his fluidity. I wanted to master the same simplicity, the seemingly simple drawings. I did my own version and worked on it with a brush until I got that line. Years later I saw a Hirschfeld original and it appears that he didn’t do fluid lines at all! He made them little by little with his pen. But he got me to find this line that I have and it’s served me well.”

Served him well it has. Kolk has forty books to his name, a handful of album covers, and his long-running daily strip S1ngle was even turned into a television show. This year he’ll be releasing The Man Of The Moment as well as a new S1ngle book, drawing his version of Spirou (“I was really proud they asked me”), and making the posters for the Stripdagen festival in Haarlem. Comics, it seems, was always in the cards for Kolk. 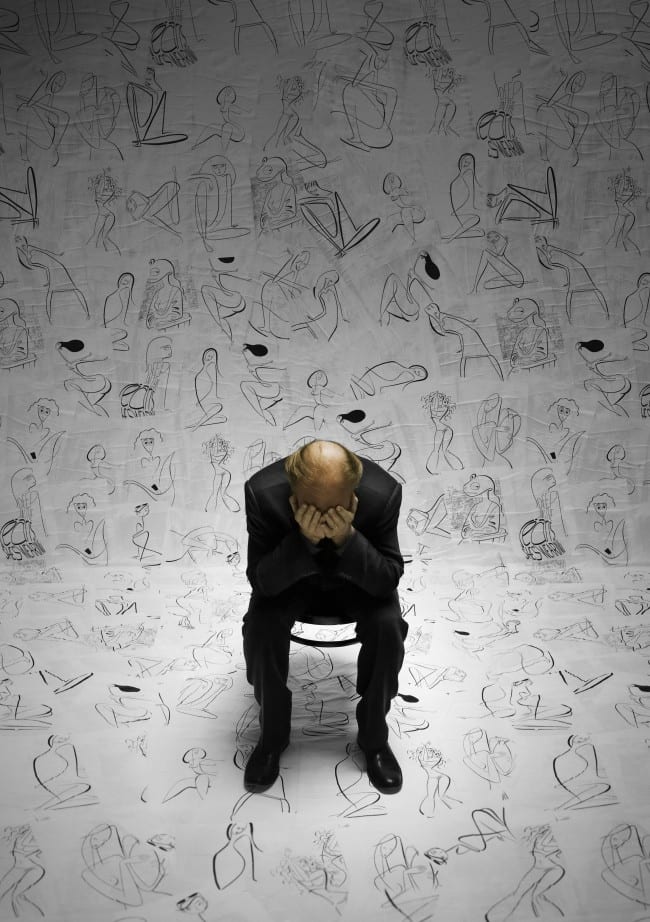 “When I was eight I declared, ‘I am a comics artist.’ Not ‘I want to become a comics artist,’ no. Already ‘I am a comics artist.’ My parents found it really cute and I’d make little books for school. When I left school I considered myself an underground artist and I was soon published in the magazine Tante Leny Presenteert with the likes of Evert Geradts, Joost Swarte, and people like that. Which was really fantastic because they were a generation older than I am and they were like gods. I didn’t care for all the so-called commercial artists. Until I saw Captivant by Yves Chaland and Luc Cornillon. That changed my attitude to comics completely!”

“Chaland’s influence on me was mostly about the craftsmanship. It’s an art but when you’re doing it, it’s a craft. Also Wilbert Plijnaar was a big influence. He was a great art director. When he said it was ok it was ok, and if it wasn’t ok he knew exactly what wasn’t ok about it. The first time I saw him at a writing session I was amazed at how fast that guy is. Apart from them a little Picasso, a little Matisse, Alexander Calder. And Hitchcock. The book Hitchcock/Truffaut taught me so much about storytelling.”

“So soon I got really into the fine art of comics and how to tell stories. I started out writing stories for Donald Duck magazine. Which was great. I learned a lot from that experience because it’s really hard. You had three pages to show a little journey from one status quo to the same exact status quo – you can’t change that - and make it amusing at the same time. I really learned to write there, to construct a story. Then I went to another magazine by the same publisher where you could work under your own name which was my goal.”

“I considered myself to be a realistic artist, making realistic comics, and the magazine said we’ve got enough realistic artists already, there’s no room for you. So I said, ‘ok, I’m a cartoonist’ and told myself ‘I’m going to draw like Uderzo,’ why not go for the best. And I taught myself to do it. This was for Gilles de Geus [referred to as "the Dutch Asterix," about the 80 Years War] which had some success. There were ten books and they’re still on the market. Some volumes have a special place in my heart. Volume 4, de Revue, because of the maelstrom of jokes, volume 5, "The Batavia", because of the meticulous artwork, and volume 9, Willem de Zwijger, because of the story structure.” 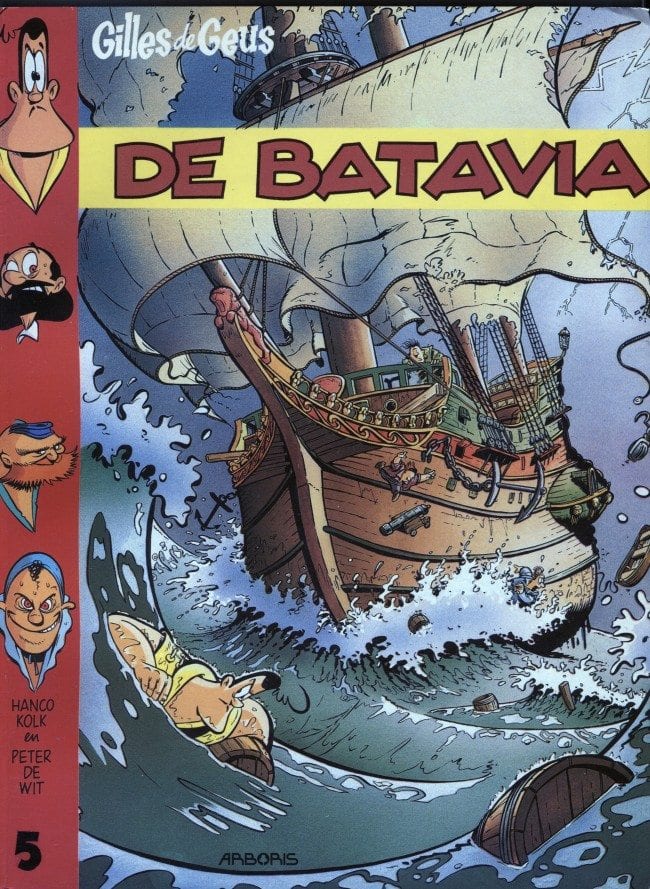 “At the same, it was the '80s and I had this idea that I could make more risky stories. I did three dimensional drawings for the historical one then turned around and did really two dimensional stuff. From there came Meccano which I did for my own pleasure. Meccano is a city, and the city is the main character. The people who live there are so incredibly rich that they don’t have to work, which gives them the opportunity to pursue every craze that comes around. They’re not concerned with everyday life as we know it. The first album featured an all-powerful gossip journalist because reputation is everything in Meccano. The second one was about a girl from the slums who’s working her way up to become the new image of the Virgin Mary as the church is looking for an update. Then I took a break, but when the civil war broke out in Yugoslavia I wanted to do something about that. I had to change it to make it more Meccano. So their civil war was about entertainment. The people of Meccano were really fed up with entertainment and all the entertainers had to die. That was a pretty dark one. Then came the fourth book which is The Rough Guide. For each book the drawing style is totally different. The first one I did in pen, the second one was more fluid, the third one was very rough and edgy, and The Rough Guide is really smooth brushwork. I always try to adjust the drawing style to the story. Meccano was a comic where I thought ‘this is really what I want. I can do lots of stuff in this direction’. But I made a vow concerning style – never repeat yourself. Says the man who’s currently making episode 4327 of his daily comic (laughs).” 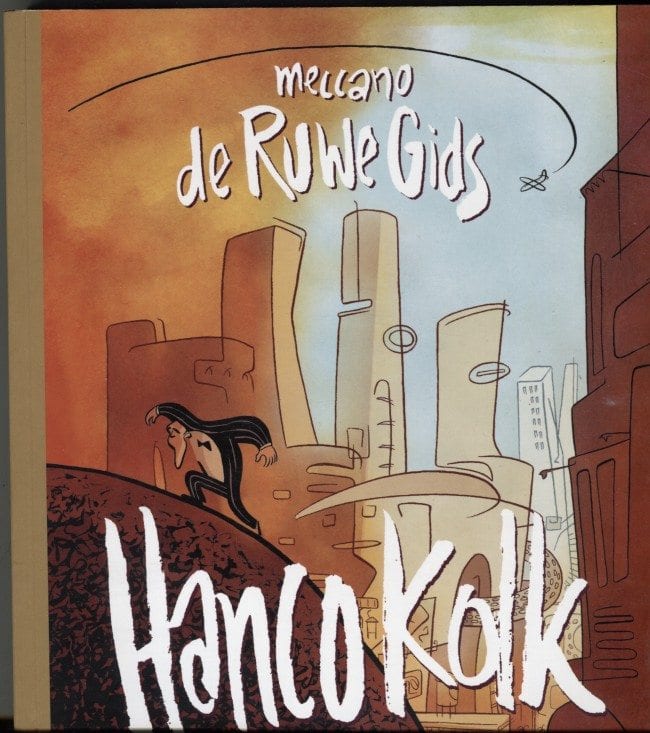 “S1ngle came about because Peter de Wit has his daily strip, Sigmund, and I wanted a daily too. Peter laughed when I told him and he made me promise first that I would keep it up for seven years [it’s now been fifteen]. So we got together to think what would the comic be about? Our starting point is always to make comics that can only be made now. The other thing was that I love drawing women of course. It was pretty easy to find the characters. They were there. The big success is that each time we do a dedication at festivals the public is disappointed that we’re men. They always think it was made by women. I consider that a huge compliment.” 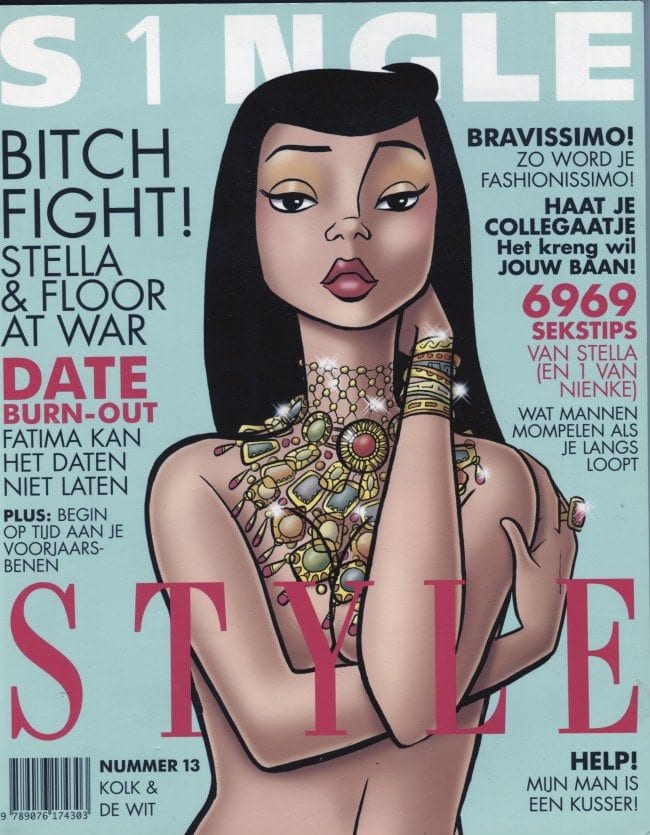 “My next book, coming out in May, is called The Man Of The Moment.  It’s about this species of man that live a billion times faster than we do – so fast we can’t see them – and they live all around us. To them we are frozen like statues. One day this fast man goes into a hotel room and falls in love with a frozen woman there. It’s an impossible love because each species is toxic to the other. When they touch, both die. We die in two seconds and they die immediately. For them two seconds is an eternity of course. Actually the whole book takes place in less than a second.” 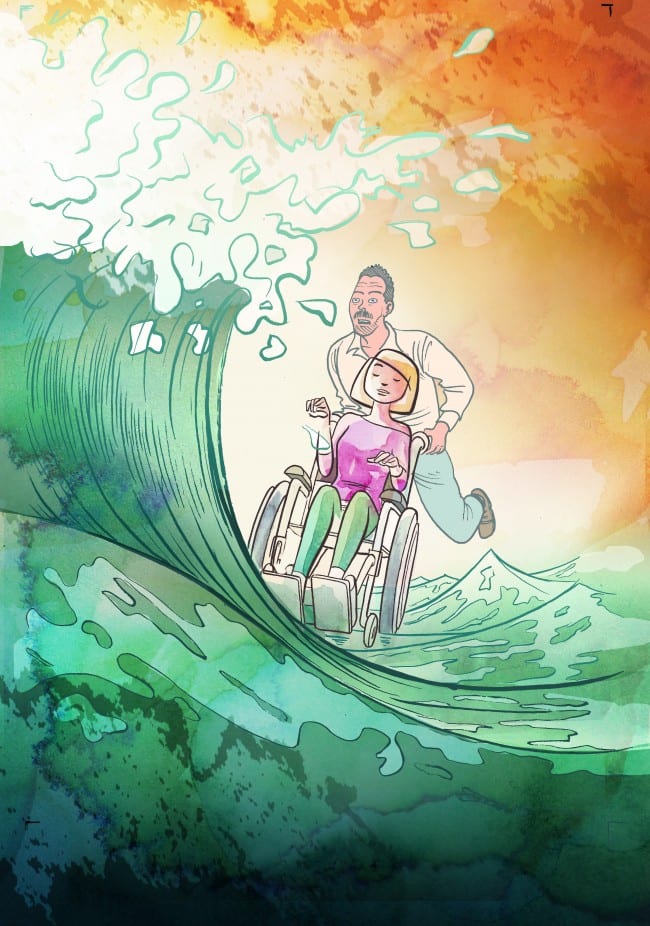 “In the story there are two realities – slow people and fast people. So I got in touch with Kim Duchateau, a friend and Belgian cartoonist. He’s got a totally different style to mine. I drew my part with the slow people in my fluid style first and then sent it to Kim to draw the fast people in his tighter style. It’s two different styles but all merged into one image. And now that I see the colors, it’s really what I wanted.”

“Location-wise, the whole book is about America. It starts out in Sag Harbor, Long Island, because I happened to be there when I started writing it, with other scenes in New York City and Natchez. It’s a love story to all the places I’ve been in America.”

Although Kolk’s works have yet to find an English-language publisher, may America soon return the love. 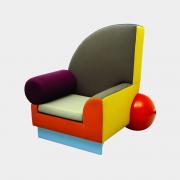 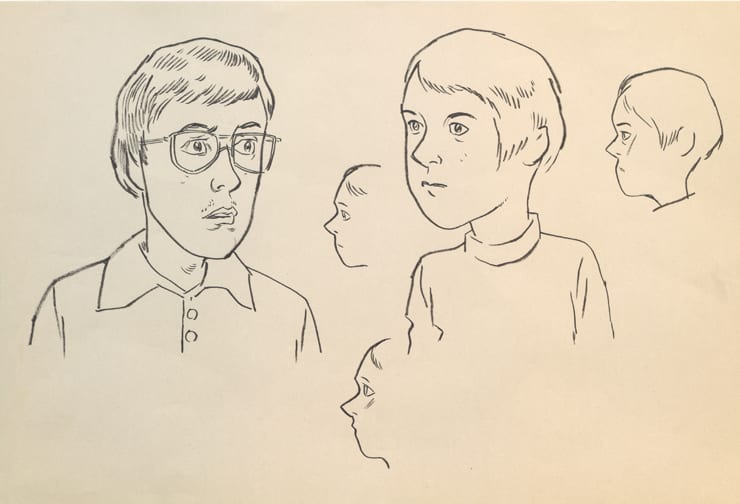