We've all heard of a variety of "Internet Rules," pseudo-metaphysical "Laws" (word to Murph) and the like. Is there such a notion for tattoos, ala "if there is a physical representation of something, someone has a tattoo of it"? I'm thinking about that tonight because I saw a Newsarama post featuring the logo for The Official Handbook of the Marvel Universe, a series that I spent too much of my soft-earned allowance on, but that I loved dearly and which still holds a special place in my brain's nostalgia crannies. I know I'm not alone in that feeling. So I'm wondering: does anyone have a tattoo of the TOHOTMU logo? You know, this one below? Lemme know what you know.

And now, we link! There are a big bunch of interviews and reviews hanging out down below.

• The New York City memorial for Tom Spurgeon is tonight at the Society of Illustrators. All pertinent info here.

• The greater-than-great Emil Ferris has a Patreon. Get over there!

• This is two weeks old but — finally — proof of and an understanding as to why everyone reading this column is a genius: reading comics makes you smarter. It's science!

• I always knew television makes the world a better place. The success of The Boys on Amazon Prime has prompted Garth Ennis, Darick Robertson and Russ Braun to return to The Boys in comic book form, creating a new series about an important but little-seen character.

• But if you think THAT return is a big deal, get your big ears ready to hear about THIS one: The Yellow Kid is coming back, too. (I guess he's public domain?)

• At Fleen, Gary Tyrell gives a recap of the opening night of the monthly comics-reading series at Bluestockings in NYC.

• At Daily Beast, Michael Tisserand talks to Jules Feiffer about his 1960s and '70s Richard Nixon cartoon, and how he feels about our current state of domestic affairs.

• At The Washington Post, Michael Cavna asks editorial cartoonists about the differences between commenting on Trump's impeachment vs. Clinton's.

• Comic book colorist Peter Pantazis and his family are at risk of losing their home; a GoFundMe has been set up to help them avoid this catastrophe.

• Of extreme relevance this week: Polygon provides a history of Star Trek comics.

• The underrated Alex Cline is sharing a ten-page comic from his book Garden Variety over the next two weeks on IG. The comic is about snails. I hate snails but I like Alex so I guess I'll be read—*dry-heaves uncontrollably* —ing this:

• Bleeding Cool has a preview of The Art of Luis García. Gorgeous work that speaks to a very specific style and time.

• Punisher co-creator Gerry Conway is not happy about the appropriation of the Punisher skull logo, especially as used by QAnon.

• Solrad has the exclusive debut of a new Julia Gfrörer comic, "Hellmouth."

• This is a cool concept: artists Stephen Byrne and Declan Shavey had Kieron Gillen write a one-page comic script and made it available to other artists, so they could interpret the page in their own ways. Read about it here and see the results at the Project Artcred tumblr.

• The best headline of the week is "The Best Comics of the Decade (Are All Judge Dredd)" — Tom Shapira makes his case at TCJ.

• According to BitchMedia, here are "13 Graphic Novels Feminists Should Read in 2020."

Them's the links, y'all. Nighty night night from me and Flanders Favorite™ Dakota McFadzean: 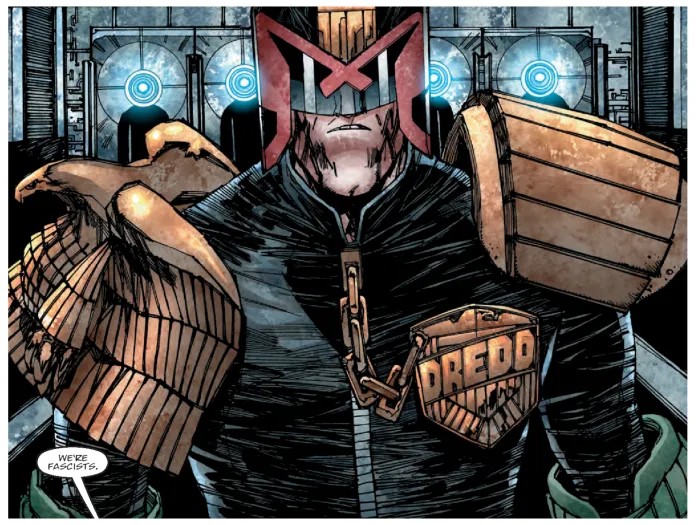 The Best Comics of the Decade (Are All Judge Dredd) 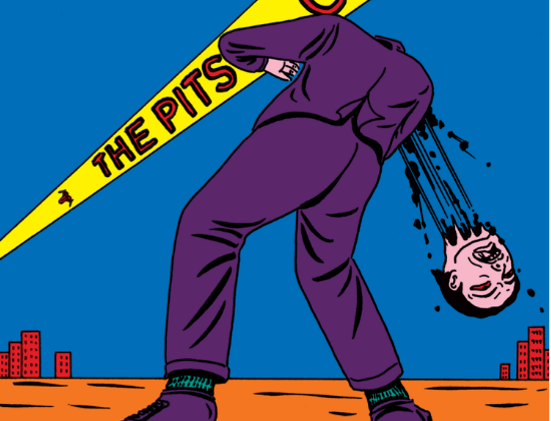 Ominous Absurdity From “The Pits of Hell” by Ebisu Yoshikazu