Today on the site, RJ Casey interviews a new cartoonist who goes only by the initials D.R.T., and who unexpectedly blew RJ away with work he sent through the mail.

RJ CASEY: Your book has no name on the front, no synopsis on the back, but the work inside this book was so singular that, after I finished, I immediately jumped on my computer to attempt to do some research into you. But there’s nothing online but a bare-bones shop selling the book and that’s basically it. Was it your intent for this book to have an air of mystery around it?

D.R.T.: Thank you! Yes, I am naturally wary of the internet and don’t post anything that I can’t easily take down. I prefer to use the Jaws approach, where you just see a glint of teeth and maybe a rough outline of a head and your imagination fills in the rest. I don’t know if that approach is sustainable in 2018 though… It’s a push and pull between getting my art out there and still keeping my privacy at a level I am comfortable with.

Your book says on the back, “Created by D.R.T.” Is that what you go by?

I go by Daniel. I started signing my initials on my “fine art” about seven years ago.

The book I received contained a letter inside written by “LH.” Who is that?

That is my wife, Lori, who lived through most of that with me.

By that, you’re referring to what the letter speaks of. Can we discuss it?

Yes, I don’t want you to feel like there’s anything off limits.

You had a major health issue. Can you break down for me what happened?

I had a hemorrhagic stroke when I was 27 due to an AVM [Arteriovenous malformation].

What is an AVM?

An AVM is an abnormal tangle of blood vessels that bypass the normal flow of blood to the capillaries. There can be a lot of stress on these blood vessels and sometimes they rupture. AVMs are rare and not all of them rupture. I lost a significant part of my left brain. So much so that the right side of my body was paralyzed, and I couldn’t do any of the most basic things like swallow or think with language. I had to start over. With incredible help from my family, my girlfriend (now wife), and therapists, I relearned how to walk, speak, read, write, do math, etc. I still have no functional use of my right arm or hand, so I have to do all of my drawings with my non-dominant left hand and a container of pennies to hold the paper in place.

MOST AMERICAN FOLKTALES are characterized by violence. The American myth glories in the inevitability of westward expansion, venerating war heroes or men who wrangled the land into submission, subjugated the frontier piece by piece until it no longer existed. To be manly is to be strong, and strength is too commonly demonstrated by the physical domination of weaker parties. Daniel Boone and Davy Crockett grew famous through hunting, trapping, and their conquests in the Indian Wars. John Henry and Paul Bunyan exerted mastery over nature by laying railroad track and clearing the forests, subduing the wilderness by fundamentally altering it. The traditional American folk hero adheres to an aggressively masculine stereotype, rooted in destructive traits like violence, coercion, domination, and mastery. In Johnny Appleseed, Paul Buhle and Noah Van Sciver present the life of a man who dramatically defies this characterization. Buhle and Van Sciver’s graphic biography is nothing if not timely: published in 2017, it appears at a moment when some Americans are rekindling and others rejecting the violent and oppressive narratives that have long underwritten the nation’s peculiar brand of patriotism.

And a Sarah Chihaya interview with Adrian Tomine.

I’m interested in the way time passes in these more recent stories, especially in pieces like “Hortisculpture” or “Killing and Dying,” where the gutter between two frames sometimes communicates the passage of months or years. Your work is so often described as realism, but there is something speculative about that disjointed nature of time in Killing and Dying that reminds me of the simultaneous unpredictability and coherence of time in a book like Richard McGuire’s Here. Do you think you’re consciously thinking about temporality differently in your more recent work?

Yeah, I appreciate that — no one’s picked up on that, at least not consciously. To me, that’s one of the huge differences between this and prior books. The old work was, I think, fairly accurately described as “slice of life” — you’re literally peeking in on these characters for a short duration of time, and you just see what happens in that unbroken span of time. The real change for me was having kids. I think that completely affected me on many levels as an artist, but I think you’re picking up on something that was maybe half conscious, but is suddenly becoming apparent: parenthood really affected not only my sense of time as a human in real life, but also my storytelling. And I think that change is evident in the stories. There’s also an anxiety or sadness about that change that infuses a lot of the stories, too. 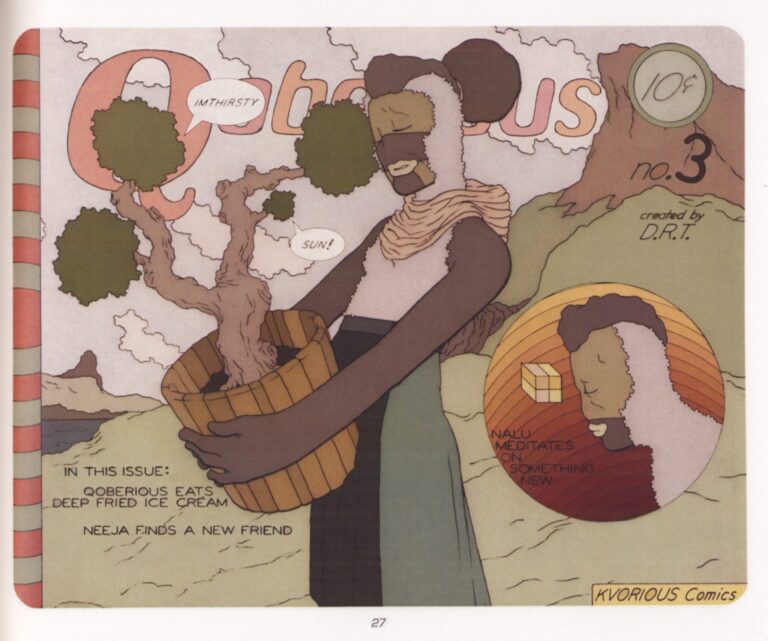 “I Achieved That Peace of Mind Involuntarily”: An Interview with D.R.T. 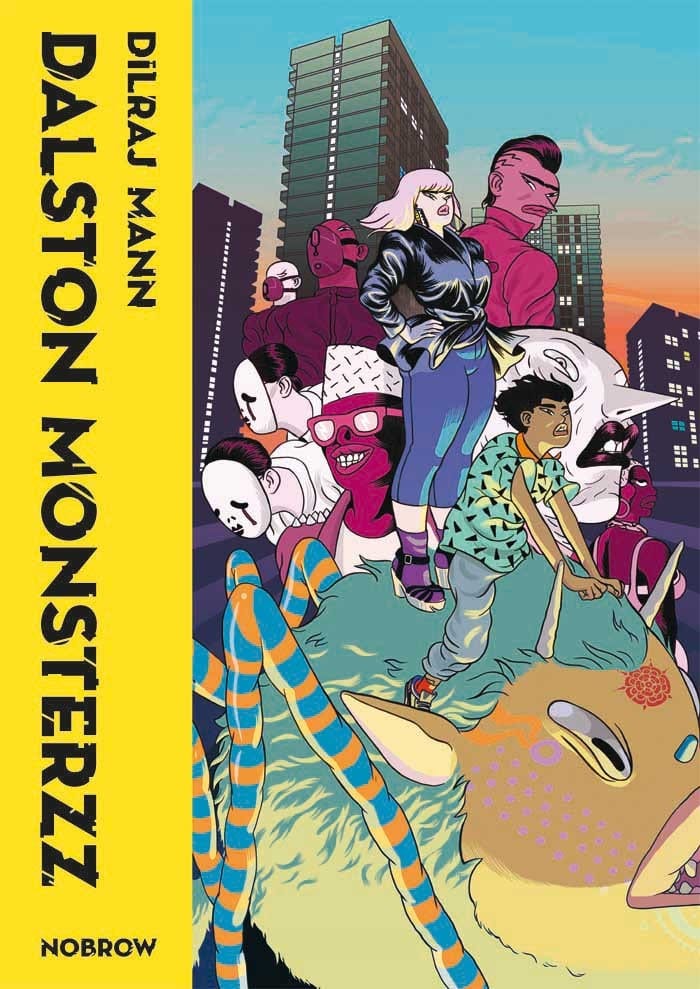