Castrée chronologically documents every hurt, every slight, every refusal of affection, and every thoughtless maternal dismissal. A child tends to crave routine, affection, agency, and a certain solidity from her parents. From her single mother, Castrée apparently received a life of constantly shifting emotional quicksand.

Ivan Brunetti is auctioning off an original comic strip page to help fund his student's anthology, Linework #4. The page, originally published in The New Yorker, is beautiful and I've seen the earlier issues, which are accomplished and beautifully put together.

Here's a good piece about the Eisner hullabaloo, and a view from the judging room.

Writer Robert Morales has passed away.

This Bulletproof Coffin project made me smile. Via. So did this.

The great Jim Hanley's Universe is moving south and getting a new spin on the name.

TCAF has announced its slate of events.

And let me send you into the weekend with this bit of non-comics I've been enjoying: The Organist episode 3. It's a podcast from The Believer and KCRW that covers a bunch of topics. Good stuff. 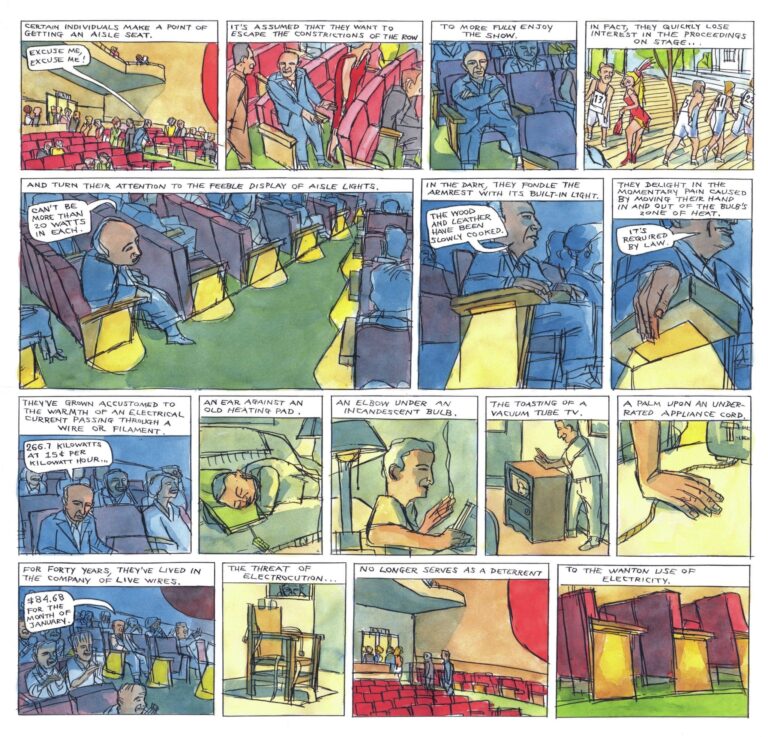 Crockett Johnson and the Invention of Barnaby