Today on the site, the great cartoonist Joyce Farmer remembers her late colleague, the pioneering writer and comics publisher, Lyn Chevli, who co-founded the first comic written, drawn, and published entirely by women.

When Lyn Chevli moved to California with her mother and two small children in 1961, she never looked back. She had a bachelor’s degree in art from Skidmore College, but she didn’t like to draw, preferring instead to make silver jewelry and exquisite bronze sculptures using her beloved welding torch. With her then-husband, Dennis Madison, she started the renowned bookstore/art gallery, Fahrenheit 451, in Dana Point, California, then moved the business to Laguna Beach in 1968. The store carried a mix of new-age literature, including early underground comix.

Lyn became disturbed by the clever but bizarre and androcentric stories in the early undergrounds, especially Zap Comix, and decided to produce a feminist comic book that would match the Zaps in anarchic content, but from a woman’s point of view.

After selling the bookstore in 1972, she enlisted the help of another local artist — me — and together we set out to “get even.” Abandoning our first impulse to slice and separate body parts from our male cartoon subjects, we created antic stories and illustrations based on our own experiences of menstruation, birth control, chin hair, motherhood, lack of privacy, and society’s skewed attitudes toward all women of that era. Both of us had been involved in birth control and pregnancy counseling for the Laguna Beach Free Clinic for several years, and that experience informed our work, bringing forth a sense of empowerment and a sex-positive atmosphere for women, though we didn’t quite understand what we were doing at the time.

Joe McCulloch is back today with his usual guide to the Week in Comics, exploring all the best-sounding releases new to stores. His spotlight picks this week include new books by Moebius and Ronald Wimberly.

—Misc. Drew Friedman shares an excerpt from his book, More Heroes of the Comics: a short biography of Orrin C. Evans, the publisher of All-Negro Comics.

In the early ’30s, he landed a job as a general assignment reporter, for the 100-percent-white-staffed Philadelphia Record. Evans was not always readily accepted as a journalist. Meeting with re- porters after his son was kidnapped in 1932, Charles Lindbergh refused to start the press conference until Evans was removed from the room. Evans’ wartime exposé of racial segregation in the Armed Forces resulted in death threats.

Will Forte writes about how he got his start by drawing cartoons.

I sent them to a college buddy of mine (Matt Rice) who had recently become a literary agent. He started sending them around to people. One of these people was a manager (Julie Darmody) who showed them to a producer (Joel Gallen). And the next thing I knew, I had my first professional writing job for the Jenny McCarthy sketch show on MTV. Once that show was over, the cartoons got me my second writing job at The Late Show with David Letterman. To this day, one of the most exciting things I’ve ever heard was that my hero, David Letterman, had seen and liked my dumb little cartoon book. And just like that, I was a working writer and it was all because of the cartoons.

—A/V. On the third episode of Process Party, Mike Dawson and Zack Soto talk to Derf.

The latest RIYL features an interview with Tom Tomorrow.

If you enjoyed Joe McCulloch's obituary of Jack T. Chick yesterday, you might want to listen to this 2013 podcast he recorded about the same artist. 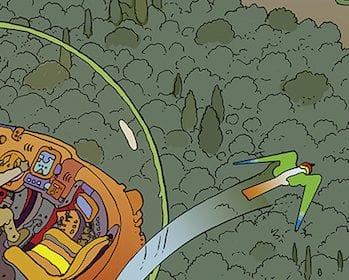 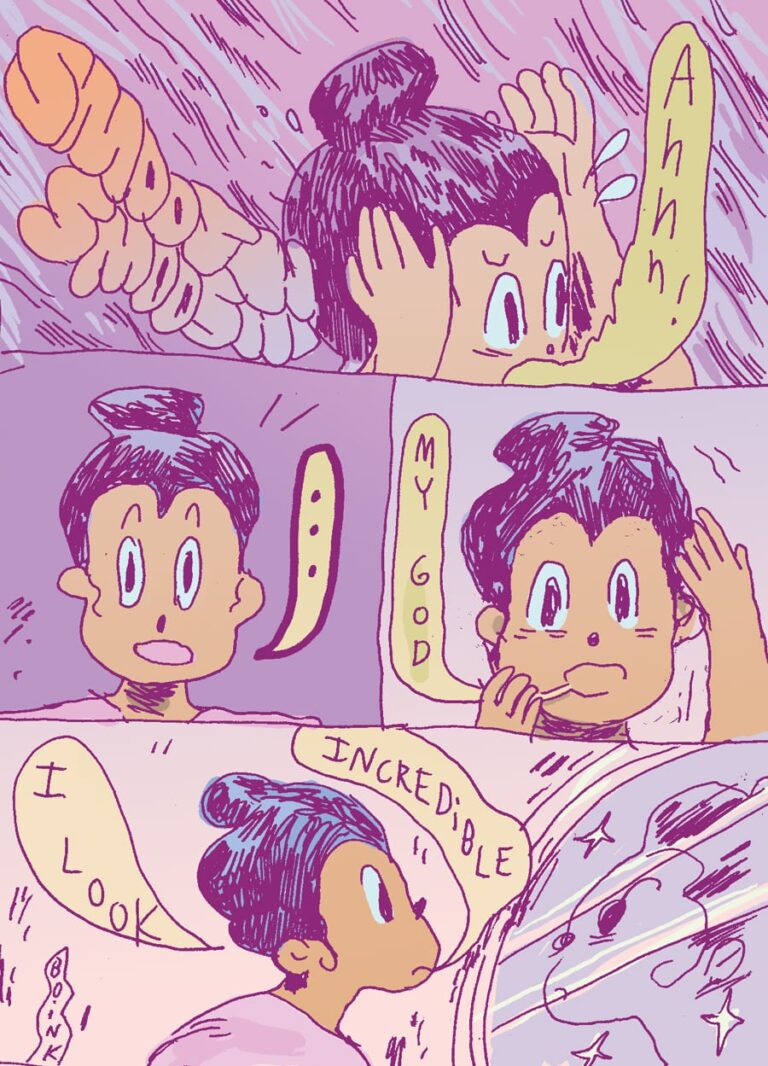