Today on the site, our European correspondent Matthias Wivel returns after a too-long absence with a look at James Pisket's Dansker.

Dansker (‘Dane’) is the story of a broken man, trapped in the shadow of the Armenian genocide and by the trauma of his youth. James Pisket was born in 1953 and grew up in the borderlands between Armenia and Turkey. We follow him as he deserts the Turkish army and emigrates to Denmark, where he struggles with a death wish as he embarks upon a life of crime. Key to his survival is the relationship to his neglected children, one of whom, Halfdan (born 1985), is the work’s author.

Dansker is part of a trilogy originally published in Denmark: Desertør (‘Deserter’, 2014), Kakerlak (‘Cockroach’, 2015) and Dansker (2016) and since collected as Dansker-trilogien (‘The Dane Trilogy)’. The first volume won the Danish Ping Award for Danish Comic of the Year in 201, and the French edition of volume three was just bestowed the so-called Series Award at the international comics festival in Angoulême, France—a major recognition. Sadly, we are still waiting for an English-language publisher to sign on.

Educated at the Danish Royal Academy of Arts, Pisket spent his youth making noise as part of the musical activist group Albertslund Terrorkorps, as part of which he developed his expressive graphic symbolism, partly through poster art and other paper ephemera, partly through a number of early and ambitious but also overly earnest comics. The Dansker trilogy, however, saw him mature quickly. The rich, lived experience it transcribed was an obvious catalyst. You can see him developing by the page, from an already strong start few readers familiar with his previous work would have expected.

These comics are the result of conversations between father and son. They are characterized by fragmentary, at times almost dream-like narration, is if distilled from deeper, partly suppressed memory. Pisket himself has emphasized that it is a fictional condensation of his father’s experiences, simplified, dramatized, and clarified to ring closer to the truth.

We also have a new contributor to our Cartoonist's Diary feature, Glynnis Fawkes. Here's Day One.

SPURGEON: What caused you to move from the teacher-centric material to engage first and foremost with the kids?

STEINKE: I wanted this project to be sustainable. Writing for kids is a bigger market and it was also the audience I was directly relating to day after day as an elementary school teacher. When I was making the Mr. Wolf comic strips about things that happened in the classroom I had to share them with my students. I couldn't not share them. I'd print copies of the comic strips without the text for students to fill in the speech balloons, captions, and thought bubbles. It was fun to see if they knew which moment or event I was depicting or what their interpretation was. Kids became the audience.

Mark, the narrator of James Sturm’s “Off Season,” wouldn’t classify himself as elite, liberal or otherwise. He’s a builder in Vermont, going through a personal crisis just as the presidential campaign enters the home stretch. “It’s hard to believe it was only three months ago that Lisa and I were together and both for Bernie,” he notes in the first chapter, which originally appeared on Slate in September 2016, with Election Day on the horizon. Separation from his wife means getting his own apartment, which means selling his truck, which means working for contractors like Mick, perpetually late with the check and with a Bernie Sanders bumper sticker on his BMW station wagon.

The class conflict is palpable. With Sanders out of the running, Mark isn’t sure whom to support. His wife knocks on doors for Clinton, but their marital split (she’s “got the house, the rich parents, and plenty of time”) sours his view of the candidate. (Hillary’s campaign slogan, “Stronger Together,” gives the chapter its ironic title.) “Not that I’d vote for Trump,” he tells himself. “But at least he’s his own man.” When their young daughter, Suzie, tells him he has to choose, he just says: “I did pick someone.” End of conversation.

Also for the Times, Maria Russo writes an appreciation of Tomi Ungerer.

A good children’s book will clearly be on the side of the child, and yet what’s striking about Ungerer’s picture books is that they so often take that side while putting adults in the central roles. Adults, after all, dominate the lives of children, for better and — too often — worse. Ungerer knew that what children wish for most of all is to get the grown-ups to see things their way.

Some of his early books have no child characters at all, including two of my favorites, “Crictor,” from 1958, and “Rufus: The Bat Who Loved Colors,” from 1961. Both are sweet through and through, yet full of alarming imagery and sudden dreadful turns.

The adults, often benighted souls, are made to look comically knobby and misshapen. The real beauties are the friendly creatures from unjustly reviled species. Crictor, a sinuous boa constrictor, is the beloved pet of Madame Bodot, sent to her by her son, who is “in Africa studying reptiles.” Horrified at first, she comes to love the snake, even, in one of Ungerer’s fantastically shocking images, “feeding it bottles of milk” as it is curled in her lap like a baby. 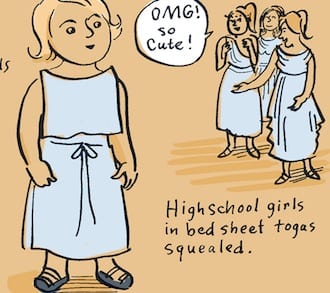 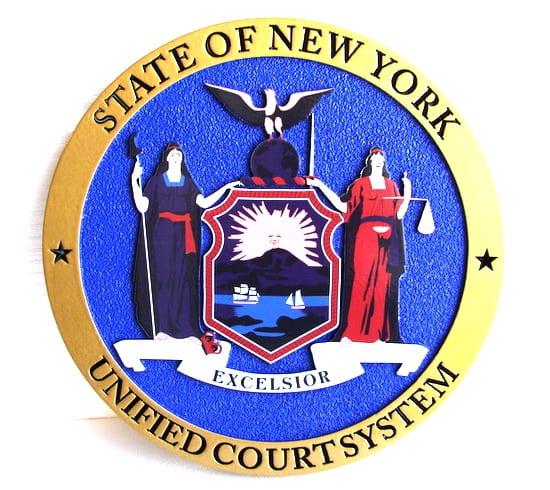