Well hello again! It's another week here at TCJ East, where we marshall our vast forces of comics knowledge and deep level integrity to bring you the finest in comics journal-ish material. Today this means you can start of the week by reading yesterday's Frank Santoro post. I always love when Frank is on the road, and as usual he turns in an ace report from St. Louis. Ol' man Santoro is headed to New York within a month or so which, for me, means free babysitting. And for you it means.... "Lock up your long boxes, nerds!"

Fresh on the site we give unto you part one of an epic roundtable devoted to Charles Hatfield's excellent new book, Hand of Fire: The Comics Art of Jack Kirby. Jeet Heer assembled, moderated and then edited a murderer's row of critics to discuss Hatfield's ideas and Kirby in general: Jonathan Lethem (novelist and comic book writer), Glen Gold (novelist and comic art collector), Sarah Boxer (cartoonist and critic), Doug Harvey (art critic), Robert Fiore (comics critic) and, ahem, yours truly. The conversation covered a lot of territory so we're running it in three parts today, Wednesday and Friday. Here's a little piece of one of Glen Gold's posts:

Which is too bad, since Jack Kirby is the only major cartoonist to have killed Nazis. And he didn’t do it from a distance — he killed Nazis using the same hands that later drew Thor, the Aryan God of Thunder, hammering Mangog (old testament villain name, more or less) in the snout. Kirby shot and stabbed Nazis for about six months in 1943 and 1944, and I would argue that experience didn’t just change his life but shaped his work from that moment forward, in that an underlying PTSD worldview took him places he wouldn’t have gone otherwise.

Also on deck today is  Brandon Soderberg's review of My Friend Dahmer by Derf, which I've heard praised by a lot of different kinds of readers.

And elsewhere on the internet, Daniel Best has the latest brief filed in the ongoing Kirby-related litigation. I imagine there'll be an avalanche of MoCCA and Stumptown reports soon enough, so stay tuned... 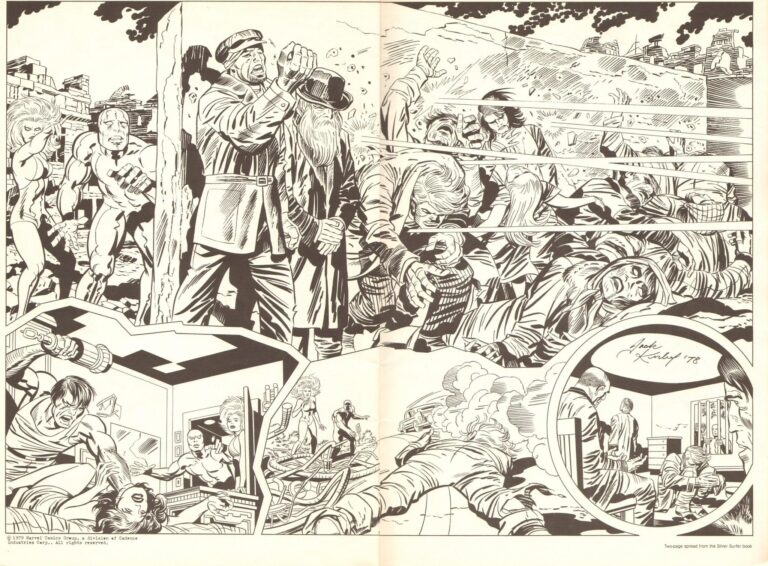