Andrew Farago, who knew the beloved cartoonist for almost a decade, has written our obituary for Richard Thompson.

With encouragement from editor and collaborator Gene Weingarten, Thompson found an ideal showcase for his own writing in the form of Richard’s Poor Almanac, a weekly Sunday panel featured in The Washington Post. The sprawling, madcap Almanac presented “misinformation in handy cartoon form” on subjects ranging from traditional almanac fodder like weather phenomena and local fauna to entertainment and political news. “The ideal cartoon [for the Almanac] was made up off the top of my head with no research, with only its own comic logic holding it together,” noted the artist in The Art of Richard Thompson.

The most popular installment of Richard’s Poor Almanac, however, was carefully researched by Thompson. Upon learning that George W. Bush had opted not to invite an official poet to his inauguration ceremony in January 2001, Thompson composed his own poem from Bush malapropisms, and assembled them into a free-form verse entitled “Make the Pie Higher”. The cartoon was widely circulated online over the next year, was set to music by multiple composers, and earned its own entry on the fact-checking website Snopes.com.

At the end of his story, we have also included a few more tributes to Thompson, from Mo Willems, Universal Uclick editor Shena Wolf, and the Pixar director Pete Docter, who granted permission for us to reprint a few comic strips Thompson drew during the development of the film Inside Out.

As a fan of Cul de Sac, I was in awe of Richard’s ability to develop
characters that were so wonderfully unique, specific and truthful. Alice Otterloop specifically seemed very close to the spirit of what we were after for Joy, so he seemed like he’d have a lot to offer. Rather than doing design work, I asked Richard to draw up some comic strips. My hope was this would help him focus on character attitude and acting, and not worry about what the characters looked like. This turned out to work well. [...]

—Interviews & Profiles. Sara Lautman is profiled on A Case for Pencils.

My natural inclination is to keep my hand moving the whole time I’m drawing, which makes the art messier. Shaggy drawing is more than fine with me. I love Edward Koren, Gahan Wilson, William Steig, George Herriman and David Sipress, all artists who draw at varying degrees of shag and movement.

6. There's a long storyline where Cerebus becomes Pope. And part of how he maintains power is via polarizing.

7. Pope Cerebus does more & more extreme things, polarizing acts which lose followers but build a hard core of the faithful. 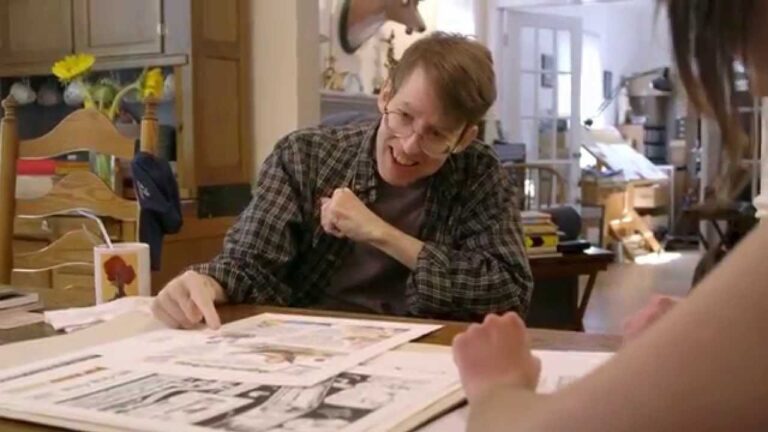 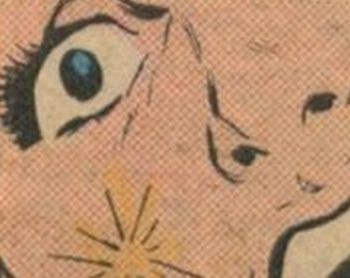