Gary Leib, who died of a heart attack March 19th at the age of 65, is perhaps best known to comics readers as the co-creator of Idiotland, but he was an artist who couldn’t be confined to a single medium. On the occasion of an exhibition of Leib’s videos, drawings and ceramics works at the Brooks Gallery in West Virginia, curator Marian Hollinger commented, “Most children want to be one major 'thing,' when they are growing up: an artist, a cartoonist, a musician, a filmmaker. Gary Leib is fortunate enough to have done all of those things.”

Besides videos and ceramics, take a deep breath and skim through some of the other activities on Leib’s resume: With Doug Allen, he wrote and drew the seven-issue Fantagraphics anthology series Idiotland (1993-94), which was nominated for a Harvey Award. He was a synth player for the alt-country band Rubber Rodeo (1980-1989), which was nominated for a Grammy Award. He researched and arranged music for the Oscar-nominated film Ironweed. He animated sequences in the film adaptation of Harvey Pekar's American Splendor, which won the Grand Jury Prize at the 2003 Sundance Film Festival. He has done comics and illustrations for The New Yorker, The New York Times, Musician, The New York Observer, RAW, Screw, Blab! and others and produced a regular comics feature for The New York Press. He created the animation studio Twinkle in 1993. He designed a promotional toy line for Hershey. He created the animated shorts “Coffee Nerves New York” (2002) and “The Unnatural History of Wall Street” (2008). He has taught animation at Manhattan’s School of Visual Arts and Parsons School of Design and was 2011 Artist-in Residence at Fairmont State University in West Virginia.

Leib was born in Chicago on Oct. 29, 1955. Because his parents combined his birthday celebrations with Halloween, he became a self-described “Halloween lunatic” and had a large collection of paraphernalia related to the holiday. He designed a window display for Desert Island Comics in Brooklyn every Halloween from 2010 on.

Leib attended the Rhode Island School of Design, where he met Doug Allen, with whom he formed a long collaborative relationship. In 1980, Leib joined with Allen to form Rubber Rodeo, which blended a New Wave sound with country-western traditions. Rubber Rodeo often played with a band called The Mundanes, which included in its line-up John Linnell — who later co-founded the alt-rock band They Might Be Giants — and John Andrews — who became Vice President of Animation for MTV. The band received a lot of attention, recording two albums for Mercury Records and receiving a Grammy nomination. Leib was hired to provide music for the soundtrack of the Jack Nicholson/Meryl Streep-starring Ironweed film.

In a 2019 podcast for the Scene by Scene series, Leib told cartoonist Josh Neufeld, “There was a lot of boring down time on tour, so Doug and I started drawing in each other’s notebooks.” No matter what else he was doing, his inner comics artist bubbled up in the form of constant sketching that filled notebook after notebook. “I was always a big comics guy,” he said. “When I was in the band, I lost touch with it a bit.” Then he happened across issues of Yummy Fur and Ed the Happy Clown, which, he said, rekindled his passion for cartooning.

Speaking to Amid Amidi for the Cartoon Brew website in 2015, Leib said, “I am primarily influenced by comic books from the ’50s through the ’80s (EC comics, MAD, Zap Comix, RAW).  … The best work from that era transcended expectations of what a comic book could be: extreme violence, subversive humor, and brutal horror was presented with beautiful, seductive artwork. … I also cried my eyes out as a kid when the Fleischer Studios’ Gulliver’s Travels ended and all the Lilliputians wept when Gulliver went home. I was scarred for life by this.”

In 1993, Leib pursued his muse in two new directions: He created an animation studio called Twinkle, and he and Allen created the much-loved Idiotland comics series. Leib moved to New York and began drawing cartoons, illustrations and comics for the city’s free press. Leib also contributed comics work to Duplex Planet Illustrated, Blab! and the 2001 issue of Danny Hellman’s fundraising anthology Legal Action Comics. He was one of the participants in Art Spiegelman and Robert Sikoryak’s collaborative Narrative Corpse project in 1995.

Meanwhile, Leib’s work with Twinkle led to several animation projects, including gigs on a number of high-profile films. Thanks to his old band-era friend John Andrews, Leib contributed an episode to MTV’s Cartoon Sushi anthology series (1997) and did other promotional animations for the network. The following year, he did visual effects for Love God, an ultra-low-budget horror film, another collaboration with friends. Leib described sleeping on floors while attending Love God’s screening at the Sundance Festival, but six years later, when he returned to Sundance for a showing of American Splendor, he stayed at the best hotels and arrived in a stretch limo. Both the film and his animation work on it were critically celebrated.

Leib often created the art of on-screen fictional cartoonists, as seen in Todd Solondz’ Happiness (1998), Nicole Holofcenter’s Lovely and Amazing (2001) and Nima Nourizadeh’s American Ultra (2015). American Ultra was produced by Anthony Bregman, who had also produced Love God 18 years earlier, another example of Leib’s recurring contacts and collaborations. In it, Leib animated the art of the fictional cartoonist played by Jesse Eisenberg, including a bravura animated credit sequence. Variety reported, “Only at the end, with completely off-the-wall animated closing credits that embrace the film’s latent surreality, do we finally get a glimpse of what American Ultra has been aching to become.”

Leib also did animated segments of The Tao of Steve (2000) and The Extra Man (2010) and visual effects for various documentaries and shorts, including the doc series POV (2010-13) and a music video for They Might Be Giants.

Whatever Leib drew, whether in animation or comics, had the kind of rubbery, shape-shifting imagery that had been instilled in him during his early love affair with underground comics and then filtered through his own absurd sensibilities. That description might also apply to his own artistic career, which managed to adapt itself to every creative opportunity that came his way. The shifting was still going on as he continued to accommodate new challenges in recent years, including performing with SUSS, a band that experimented with ambient country music.

Invited by Neufeld at the end of the 2019 interview to promote upcoming projects, Leib said, “Something about our political moment as we’re talking makes self-promotion a little bit uglier for me. I’ve been teaching animation at Parsons for a few years and I’m doing a bunch of musical projects that I’m enjoying. I’m into everything that I’m doing. I’m very lucky to have the friends that I have and I’ll leave it at that.”

When news of Leib’s death came out, those friends and fellow cartoonists responded with an outpouring of grief on social media, including tweets by Mark Newgarden, Paul Karasik, Bill Sienkiewicz, T Edward Bak, Kaz Prapuolenis, Drew Friedman, Jim Woodring, Bob Fingerman, Glenn Head, Jim Blanchard, R. L. Crabb and Danny Hellman. Noah van Sciver wrote, “He was a member of the generation of alternative cartoonists who influenced me to get involved in comics in the first place and I hold him in high regard. I will always treasure the work he gave us and how fun he made it all look.” Doug Allen, Leib's friend and collaborator for 40 years, told the Journal, "Gary was the most positive person I ever knew."

Leib was caretaker for his wife of 30 years, painter Judy Glantzman, who suffered from Parkinson’s disease. Leib is survived by his wife and daughter Lila. the family memorial post can be found here. 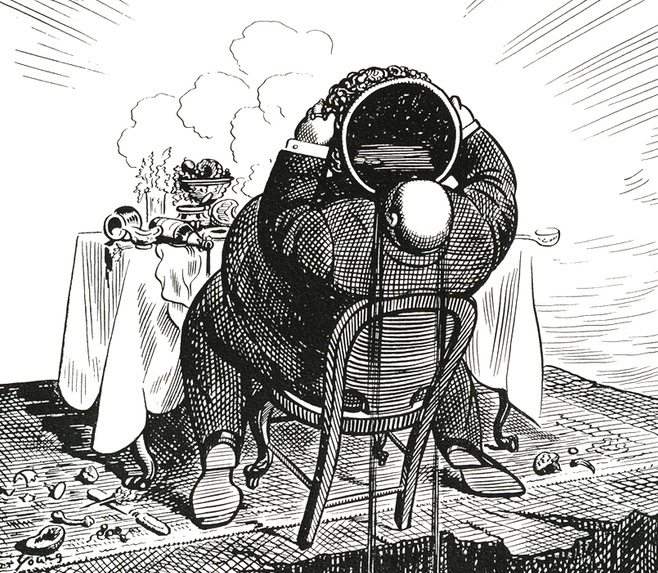 “I Felt An Urgency The Publishing Industry Did Not Share”: Michael Mark Cohen and Cartooning Capitalism 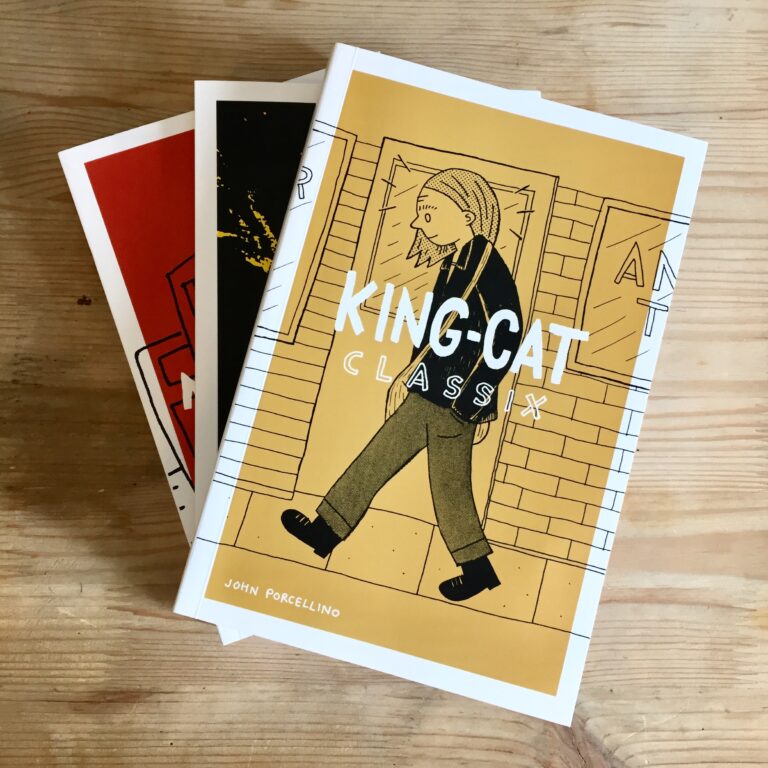