Gary Friedrich, one of the more creative writers associated with Marvel’s Silver Age, died last Thursday. After fellow fan-turned-pro Roy Thomas, Friedrich was the second new writer hired by Marvel after Stan Lee’s workload grew too great. Although he did not create the character, Friedrich followed Stan Lee and Roy Thomas as the scripter on Sgt. Fury, beginning with issue #42, and wrote some of the title's most memorable scripts. He did this work as the Vietnam War raged, and managed to work an ambiguous attitude about war into his tales of over-the-top heroics and broad humor set against a World War II background. He succeeded so well his work was honored in 1967 and 1968 with back-to-back Alley Awards for Best War Title, at a time when legendary talents like Joe Kubert and Russ Heath were cranking out their own war masterpieces for DC’s military titles. During his long career in comics, he went on to co-create such memorable characters as Son of Satan and Johnny Blaze, the flame-headed Ghost Rider, before finally leaving the comics business in the late '70s.

Friedrich was born August 21st, 1943 in Jackson, Missouri. He attended Jackson High School, where he edited the school newspaper and played in the marching band. He became friends with a fellow Missourian, Roy Thomas, a man who was to have a profound influence on Friedrich’s career as a comics writer. The two friends worked at Jackson’s Palace movie theater and even put together a rock-n-roll band, Evetz Pretzel and the Transjordanaires. He graduated from high school in 1961, and got a job at a local record store. He showed a literary bent early on, getting a job as the managing editor of Jackson’s bi-weekly newspaper in 1964. Here, Friedrich was basically the entire editorial staff, writing, editing, and doing the layouts, working long hours for a meager $50 a week. His crazy work schedule, coupled with his growing alcoholism, caused the eventual dissolution of Friedrich’s marriage. He remained a heavy drinker until finally quitting on New Year’s night in 1979.

The newspaper went belly-up in 1965 and Friedrich was forced to turn to factory work to make a living. It was around then that his old friend Roy Thomas, by then working as a staff writer for Marvel, called Friedrich and suggested that he might be able to break into the comics business. Saddled with a broken marriage and working at a dead-end job, Friedrich had nothing to lose, so he decided to take his friend’s suggestion and hopped on a Greyhound bus the very next day. In a very short time, Friedrich and Thomas were sharing an apartment on Bleecker Street in Greenwich Village. The mid-'60s Village was then transitioning from the era of beatniks to that of the burgeoning hippie movement. Friedrich dove right into the prevailing vibe and grew his hair out. He began rubbing elbows with other people from New York’s large comics community; after living with Thomas for a while, Friedrich later shared an apartment with Sub-Mariner creator Bill Everett.

Gary Friedrich didn’t get work from Marvel immediately. Like many aspiring pros of the time, he began writing for low-rent publisher Charlton Comics, getting his first work from editor Dick Giordano after a recommendation from Roy Thomas. He started out writing romance comics with tongue in cheek, cranking out stories for Love Diary, Career Girl Romances, and Teenage Love, with titles like “Too Fat to Frug” and “Tears in my Malted”. Thomas coached his friend on the intricacies of writing superhero comics, and Friedrich soon graduated to writing “The Sentinels” back-up feature in Peter Cannon… Thunderbolt #54 (Oct. 1966). He wrote a total of three “Sentinels” stories before moving on to dialoging the very first Steve Ditko-plotted and drawn Blue Beetle stories that appeared as backups in Captain Atom #83-86. Friedrich’s skills as a writer were obvious early on, and he didn’t stick around Charlton’s low-budget environs for long. He departed on a high note, however, writing a final story for Ditko in Ghostly Tales #60.

He moved on to penning scripts for several of Marvel’s innumerable western “Kids," the Rawhide Kid, the Two-Gun Kid, and Kid Colt, Outlaw. It was here that he began writing his first series featuring the western incarnation of the Ghost Rider. Friedrich’s first issue was co-plotted with Thomas, and he co-wrote the next five issues with regular Ghost Rider artist Dick Ayers. During this period, Friedrich showed his gift for humor with scripts for Marvel’s superhero parody comic, Not Brand Echh, lampooning characters like Nick Fury, Agent of S.H.I.E.L.D. and Tower’s Thunder Agents. In 1967, he was given the assignment to write Sgt. Fury and His Howling Commandos with issue #42. Again he worked with penciler Dick Ayers, who co-wrote the first two issues. (The following issue was co-scripted by Friedrich and Thomas.) With issue 45, in a story titled “The War Lover” (Aug. 1967), Friedrich came into his own, spinning a tale of a soldier who was too quick to kill, and pointing out that even in war, some people are too bloodthirsty. Friedrich kept pounding out hard-hitting war stories through issue #83, before the title began alternating new stories with reprints through #114. Interestingly, issue #100 showed the Howlers staging a reunion in the early 1970s. His tenure on Sgt. Fury would prove to be his longest run on any comics title. 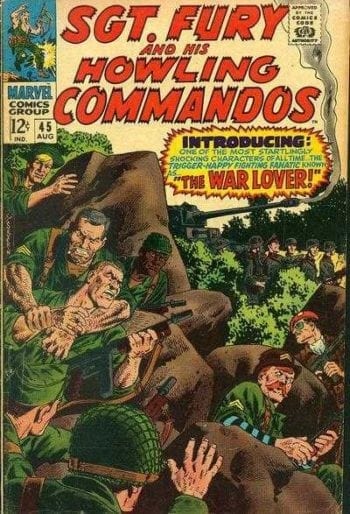 Stan Lee must have liked Friedrich’s war comics, because Friedrich came to be the war specialist at Marvel, creating Captain Savage and His Leatherneck Raiders, a series with a mixed team of soldiers similar to the Howling Commandos, and Combat Kelly and the Deadly Dozen, a title obviously created as a nod to the wildly successful WWII action epic The Dirty Dozen. From there, Friedrich wasn’t really associated with any Marvel title for very long. He’d swoop in and write a few issues of The Incredible Hulk, Nick Fury, Agent of S.H.I.E.L.D., Captain America, Captain Marvel, or Daredevil, generally before the title was cancelled or a new creative team was assigned. It should be noted that he was not really in the top tier of Marvel writers, which included his old friend Roy Thomas, Steven Englehart, Marv Wolfman, and Len Wein. Friedrich returned to the western genre with the short-lived Gunhawks, and co-created the flying hero the Phantom Eagle with aviation buff Herb Trimpe.

However, writing comic book scripts wasn’t the extent of Friedrich’s creative endeavors. He also took on a job working as the assistant for Woody Gelman and Len Brown at Topps and worked on a set of Superman trading cards. While working at Topps, he also met future Maus creator Art Spiegelman, who began working at Topps while still a teenager. In addition to writing comics and captions for trading cards, Friedrich wrote stories for the men’s magazines put out by Marvel publisher Martin Goodman. He also co-wrote three music reference books with Len Brown for Topps that came out between 1970 and 1972.

One of the highlights of his career at Marvel was co-creating the second version of Ghost Rider with Roy Thomas and artist Mike Ploog in 1973. Accounts vary as to who contributed what to the character, with Friedrich always insisting that he was the one who came up with Johnny Blaze’s flaming skull face when he was the Ghost Rider, and Thomas and Ploog countering that Ploog was the one who came up with the idea. At any rate, Ghost Rider was one Marvel’s most interesting and original characters and eventually spawned a pair of films starring Nicolas Cage as Johnny Blaze, Ghost Rider (2007), and four years later, Ghost Rider: Spirit of Vengeance (2011), as well as five more Ghost Rider comic book series. 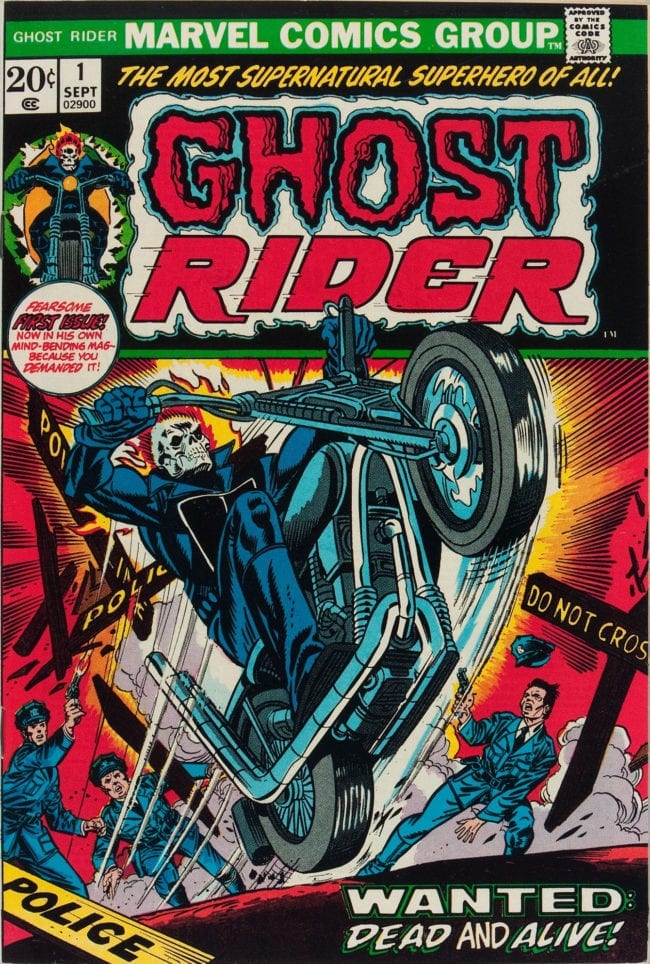 Son of Satan, inspired by an idea from Stan Lee, was spun off from the first issue of Ghost Rider and had a long run in issues 12-24 of Marvel Spotlight before going off to join other Marvel super-teams like the Defenders, the God Squad, Midnight Sons, and others. Ghost Rider was not Friedrich’s only motorcycle-riding hero. Two years before Johnny Blaze, he created Hell-Rider for Skywald, who, despite his name, was not a supernatural entity, but a Vietnam vet turned crime fighter who rode a flamethrower-equipped chopper. Hell-Rider only lasted two issues in his own magazine but he is fondly remember by fans of Friedrich’s work. In addition to creating Hell-Rider, Friedrich also wrote scripts for Butch Cassidy and Nightmare.

Around the same time he created Ghost Rider, Friedrich also began a highly-regarded run on Marvel’s Monster of Frankenstein series, again working with the inimitable Mike Ploog. This series is thought by many fans and critics to be some of Friedrich’s best work, and is noted for the way he was able to evoke the prose style of Mary Wollstonecraft Shelley better than anyone who had previously tried to do a comic book featuring Frankenstein's monster.

By 1975, Friedrich was freelancing for one of Marvel’s competitors, the short-lived Atlas/Seaboard Comics, started by Martin Goodman after he’d sold off Marvel Comics. For Atlas/Seaboard, Friedrich wrote a crime comic, Police Action, returned to horror comics with the “Son of Dracula” feature in Fright and the Man-Monster in Tales of Evil, as well as writing scripts for Morlock 2001 and the superhero the Cougar. At the same time he was freelancing for Atlas/Seaboard, Friedrich continued working for Marvel, writing most of the scripts for the UK-based Captain Britain series, following the exit of original Captain Britain scribe Chris Claremont. However, by 1978, Friedrich, despite his many creative successes, had had enough of the comics business, and he returned to his home state. Back in Missouri, Friedrich worked for a number of years as a driver and courier, in and around the St. Louis area.

This was not the absolute end of Friedrich’s work in comics, however. His swan song in the comics business came in 1993, when he returned to write the first issue of Bombast, one of several titles published by Topps which featured characters created by Jack Kirby. His final script found Friedrich working from a plot by old friend Roy Thomas and drawn by his former teammates on Sgt. Fury, Dick Ayers and John Severin.

This was not his final go-round with the comics business. In a response to the release of the first Ghost Rider film in 2007, Friedrich filed suit against Marvel Enterprises, Sony Pictures, TriStar Motion Pictures, Hasbro, and numerous other entities that alleged his copyright to Ghost Rider had been violated. Friedrich’s lawyers contended that the film and merchandising rights to his character had reverted back to him in 2001. The suit ran on for several years, and was concluded on December 28, 2011, with Friedrich losing on all but one count. The U.S. District Judge presiding, Katherine B. Forrest, offered a judgement that Friedrich had signed away all of his rights when he endorsed his Marvel freelance checks to cash them. She also pointed out that Friedrich had further signed away his rights in a 2008 agreement with Marvel. To add insult to injury, Marvel countersued the writer. Eventually, both parties reached a settlement in which Friedrich agreed to pay Marvel $17,000 in damages, to stop selling Ghost Rider merchandise that he had created, and to stop promoting himself as the creator of Ghost Rider. About all that Friedrich was left with was the ability to sell his autograph on Ghost Rider licensed products. In June of 2013, this decision was reversed, sending it back to trial. By September of that year, according to Friedrich’s attorney, both sides had “amicably agreed to resolve all claims.”

Gary Friedrich had been suffering from Parkinson’s for years before his death. He is survived by his wife Jean, his daughter Leslie, and a nephew, Chris. In addition to the Alley Awards he shared in 1967 and 1968, Friedrich was awarded an Inkpot Award in 2007. 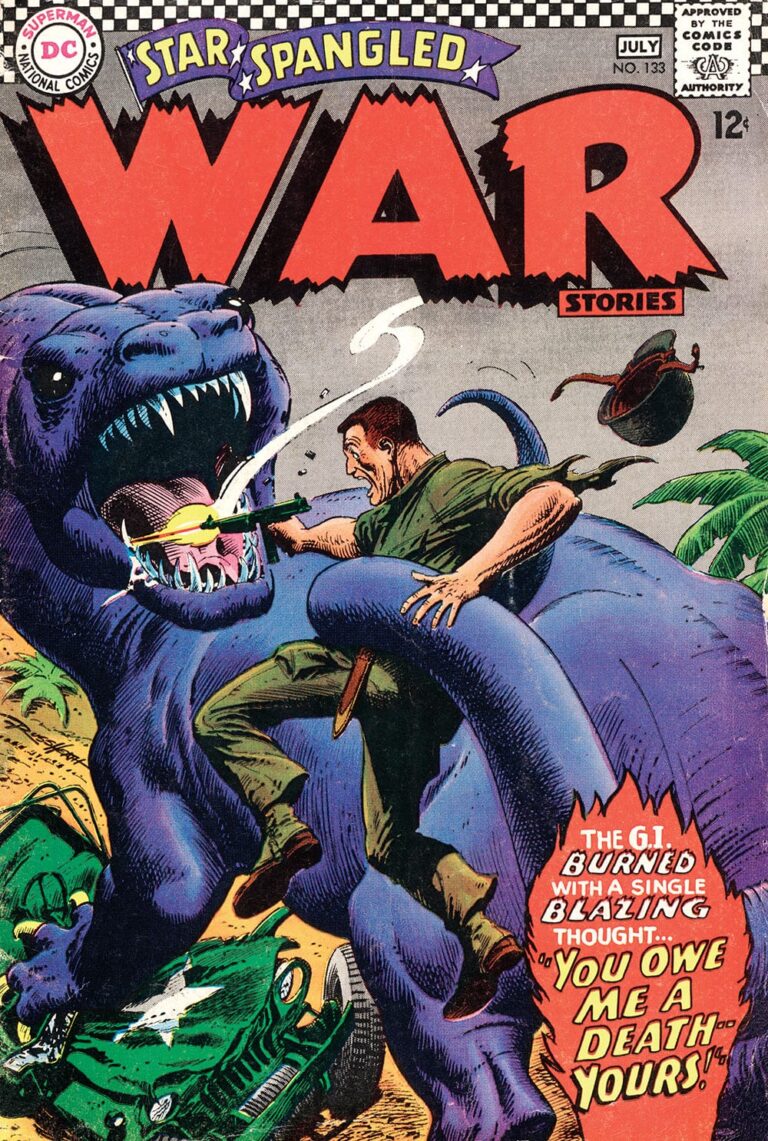 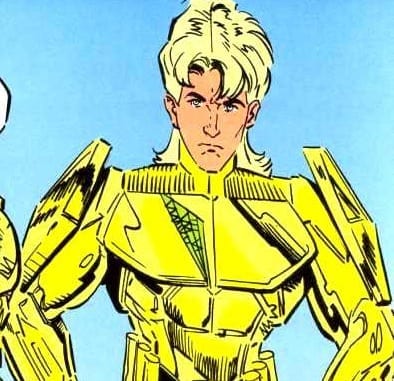