Today on the site: Eddie Campbell discusses his rules for comics comprehension:

Occasionally I see a well-regarded comic wander across the view of a regular person. It happened on my travels recently when I was a houseguest of a friend, a 70-year-old lady who makes her living as an artist. While I was there she was working on some etchings to go into a limited edition anthology of poetry on the subject of war. I mention this simply to show that this person understands pictures. The mail arrived and among it there was a volume of Bryan Talbot’s Grandville, which her husband had bought. She opened it and checked it, in order to let him know by phone that it had arrived. While idly looking at the pages she confessed to me, after putting down the phone, that she didn’t know how to read these graphic novel things. I took a quick look and said, “My first thought is that I can completely understand what you’re saying, because I can see that the author in this case has broken at least three of the basic rules of comprehension.”

-A preview of the upcoming psych-comic reprint, Jodelle.

-Hey, it's psychology for designers. I thought that was called advertising.

-C.F. has a four-page comic in the New York Times. 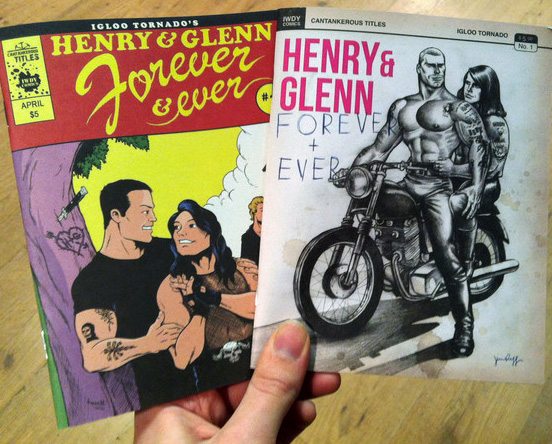