Alex Dueben:  Often when I’ll do an interview I’ll ask the artist to give some background information about the setting of their book, but I know that we could be here for a day or two talking about the origins of the Lebanese civil war. You were born during the war; what is your earliest memory of it?

Zeina Abirached:  I have a very striking memory of the first time I crossed the green line and went to West Beirut (It is not my earliest memory of the war, but it was an experience that helped me to become aware of a lot of things).

It was in the early nineties, at the end of the war, at the time the war was essentially in the eastern part of Beirut where I used to live. I remember we had to leave our flat in a hurry and run away in our car to a more secure place. My parents decided to go to West Beirut for a while to be safe and make plans. I remember that the first things I saw in that part of my town I didn’t know yet–I was ten years old–was people in the streets, lights, animation, and the calm Mediterranean sea.

I felt like I was in a foreign country. I just couldn’t understand I was still in Beirut! I remember the first two days I couldn’t speak Arabic or French–which are my two mother tongues–I could only use the only foreign language I knew at that time: English.

Leif Goldberg has released his 2014 calendar. You should really buy it.

A look back at an attempt to make an underground newspaper supplement.

Ken Tucker reviews a bunch of comics at the NY Times.

Lots of End of the Year lists are appearing. Here's Filth and Fabulations. And here's Michael DeForge. Sean Rogers has a good one, too.

Here's our own Jacq Cohen on Tell Me Something I Don't Know.

Oh Frank Robbins, how I love the way you slathered ink all over the page like you owned the joint.

And amazingly enough, all of The Wiggle Much is now online. 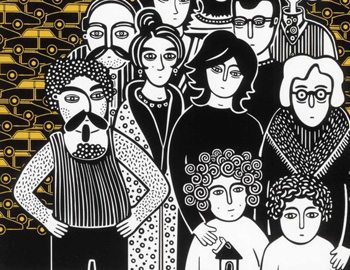 “I Was Convinced that Beirut Stopped at that Wall”: An interview with Zeina Abirached 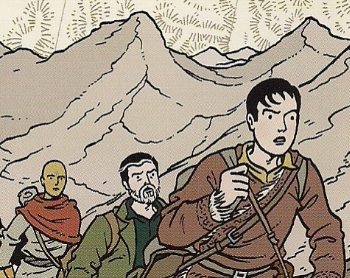